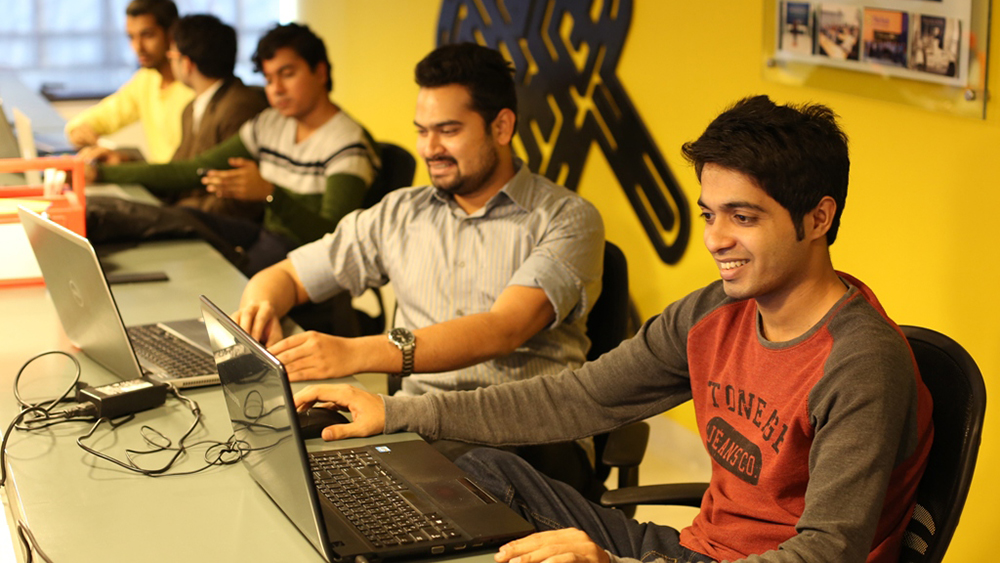 Recently, a US-based Indian IT company fired over 125 employees in just half an hour without giving any prior notice to them.

Ironically, on the same day, when the pink-slips were being handed to the employees of the low-level IT company’s branch in Noida, it hired the similar amount of employees in its Islamabad-based branch.

The Indian IT sector, which is one of the largest IT exporters of the world, has seen noticeable job decline in last two years.

According to an Indian magazine report, the Indian IT industry has seen a huge decline in IT jobs in the current year. The magazine claimed that the major reason for this downfall is “the trend of these jobs going to techies in Pakistan.”

“The neighbour has a budding IT industry, growing in its own space, looking to emulate the Indian IT success story where right now data operators and BPO callers come much cheaper,” reads the blog post of that magazine.

The magazine said that China is helping the Pakistani tech industry to grow just like USA, which helped the Indian industry the same way 20 years ago.

“Their [China’s] influence rising in the background of other CPEC investments, the State Bank of Pakistan reportedly revealed that Chinese FDI in the telecom sector was close to $92.5 million for July and August this year, the aim being to boost 3G and 4G coverage,” said the magazine.

Not long ago, e-commerce giant Alibaba also signed an IT related agreement with Pakistan’s government under which it will invest $400 million in the country.

Other than that, China Telecom has also signed an agreement with the PTCL to lay a network of fiber optic cables across the country.

Pakistan Software Houses Association’s (PASHA) Secretary General, Shehryar Hydri, told the magazine that “close to 10,000 IT graduates enter Pakistan’s job-market each year, in an industry which is worth about $3 billion, which is not much when compared to the Indian IT industry. But what is to come next should worry the Indian IT sector.”

“We have about 1,50,000 mainstream techies and between 1,50,000 and 2,00,000 freelancers but the number is expected to almost double if you take the non-tech freelancers into account,” he revealed.

In this regard, the Higher Education Commission’s Executive Director, Arshad Ali, said that around 188 universities are offering IT programs in the country which is expected to increase further in the upcoming years. He said that another advantage our IT industry has is that almost every graduate is proficient in the English language.

According to the Language Database of Ethnologue: “17 crore Pakistanis can speak English. Most of them may not get past a Wren and Martin grammar book but would have the requisite skill for data entry or other low-end IT jobs.”

The magazine also pointed that “58.5 million out of the total 200 million Pakistanis are between 20 and 24 years with 69 million under 15 according to a United Nations Population Fund report.”

“Current trends indicate that more and more from this pool of youngsters will be inclined to join the IT industry,” it added.