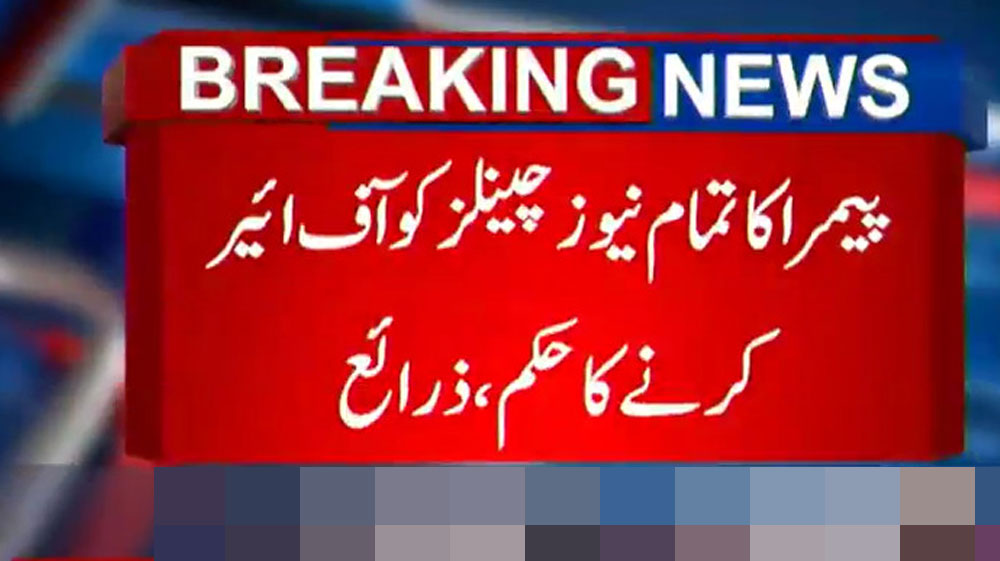 Pakistan has decided to put off-air the transmissions of all TV channels in the country, media reports are claiming.

Also Read: We have Lost it!

We are getting confirmations that all TV channels are now off-air across the country as the cable operators have been directed to pull the plug for private TV channels in the country.

PEMRA had just banned the live coverage of Faizabad operation, but this is now confirmed that TV channels have been put off-air as well.

Not to mention, live streams of TV channels on internet are still working and accessible in Pakistan.

This is a one of its kind move by the government of Pakistan as across-the-board ban on TV channels has never been put in place in history of Pakistan.

Federal Government has withdrawn its earlier notification that pulled the plug for all private news channels.

News channels in the country are now back on-air after some 28 hours of down-time.