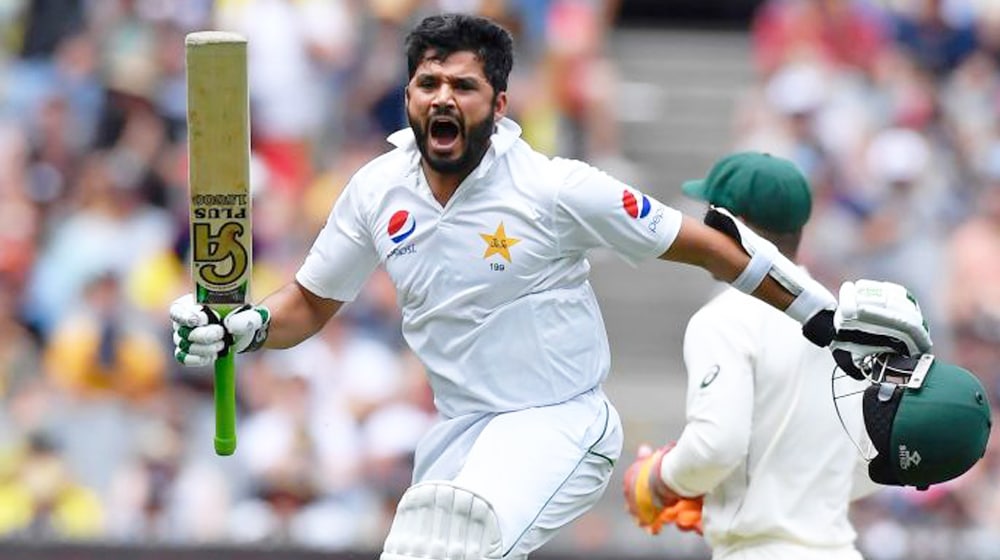 Azhar Ali has made a superb return to competitive cricket with a convincing century in a Quaid-e-Azam Trophy match on Sunday.

His team was playing a Super Eight fixture when he managed to scored 118 from 229 deliveries for SNGPL. He smashed 12 boundaries in his innings.

This was Azhar’s 33rd first-class century and with this display, the 33-year-old also completed 10,000 first class runs.

The middle-order batsman has joined the list of greats, who have scored more than 10,000 domestic runs including Miandad, Younis, Yousuf and Inzamam-ul-Haq.

Azhar had been suffering from a knee injury which kept him out of competitive cricket action for around two months.

For the treatment, he went to UK for rehabilitation and missed out on the limited over series against Sri Lanka — which was being played at that time.

After returning to Pakistan, Azhar took an additional period to ensure full recovery. He then took a fitness test and was declared fit to participate in Pakistan’s premier first class tournament and in his first match, he scored the splendid ton.

Pakistan’s national team’s next assignment is playing a series in New Zealand and in those testing conditions, Pakistan will require a solid opening pair.

Although Imam-ul-Haq and Fakhar Zaman have laid claims for their selection, Azhar’s experience would be much more vital.