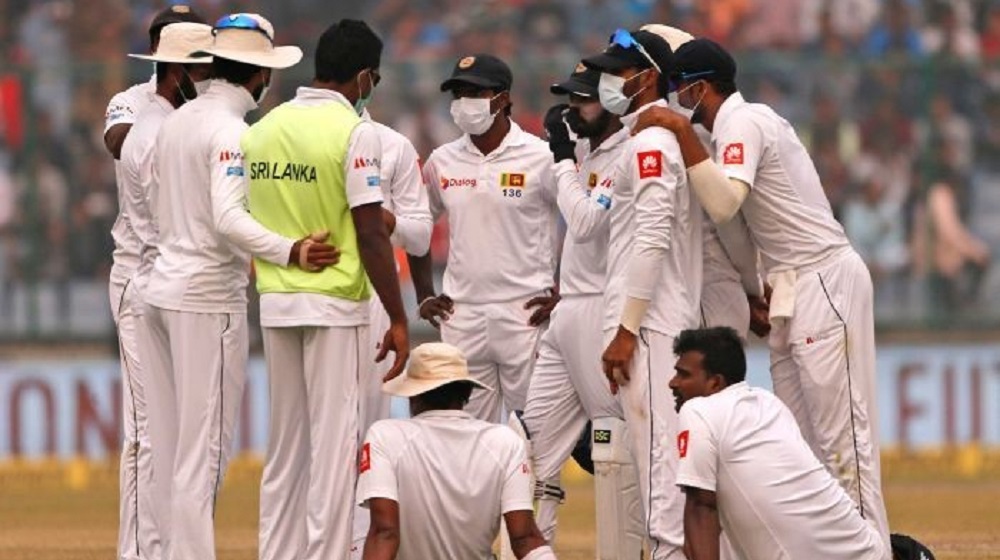 Smog is becoming a serious health problem for some countries — mainly the neighboring countries; Pakistan and India.

What triggers smog is the heavy traffic, high temperatures, sunshine, industrial smoke and calm winds. It mostly occurs in the winters due to low wind speed which helps the smoke and fog to become stagnant thus forming smog and increasing air pollution levels.

The situation is growing worse for the last five years due to high levels of pollution and poor air quality in both the countries.

The main source of the pollutants in our lower atmosphere is Eastern Punjab where all the coal-based industries are centered (across the border in India). Of course, we have added our share of the pollutants as well from factory and car emissions.

Cricketers Seriously Affected Due to Smog

On Sunday in Delhi, a test match between India and Sri Lanka was halted as Sri Lankan players became victims of the smog.

Airborne pollution levels 15 times the World Health Organization limits confronted players on the second day of the third Test at the Feroz Shah Kotla stadium on Sunday in Delhi.

The players were continuously vomiting due to the fatal smog in the Indian capital.

After lunch, most of the Sri Lankan players returned with masks over their faces to protect themselves from the toxic fog, yet the match was interrupted again twice as bowlers Lahiru Gamage and Suranga Lakmal left the field mid-over due to breathing difficulties.

We had players coming off the field and vomiting,” the Sri Lanka coach Nic Pothas told reporters after the match.

There were oxygen cylinders in the change room. It’s not normal for players to suffer in that way while playing the game.

Lakmal was caught continuously vomiting in the changing room. The acting president of the Indian Cricket Board claimed that Sri Lankan players are just making up a huge fuss.

If  20,000 people in the stands did not have problems and the Indian team did not face any issue, I wonder why the Sri Lankan team made a big fuss?

Even with that claim, they can not deny the fact that India has been facing smog around 40 times the WHO safety limits, which is like smoking 50 cigarettes in a day.

The smog scenario has become increasingly difficult to deal with but there hasn’t been much emphasis on its solution. Some Indians claimed that the entire cricket-scene was nothing more than an embarrassment for the country. 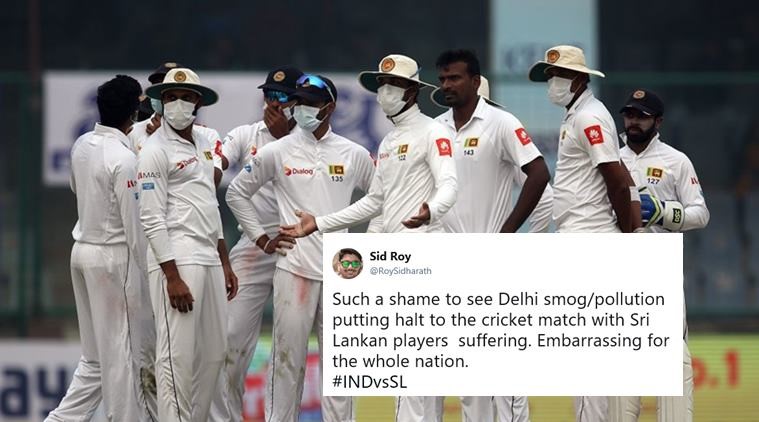 It is worth mentioning that Pakistan faced similar problems when a number of international players refused to visit Lahore for PSL’s third edition following the smog issue.

Following the incident, Pakistan Cricket team’s former captain Imran Khan tweeted that the dangerous pollution levels are causing a huge health risk and the nation should work together to combat the hazardous climate change.

This should be a wakeup call for Pak. Our children are at a huge risk because of dangerous pollution levels. We must mobilise the entire nation and take steps to fight climate change & pollution. https://t.co/oggp1dOejR.