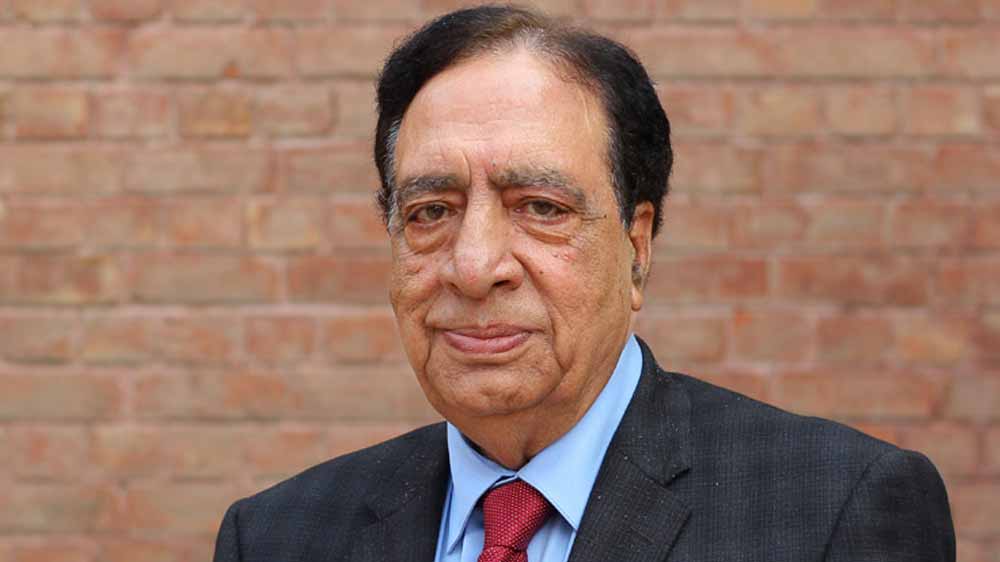 Atta ul Haq Qasmi has resigned as PTV Chairman after a stint of 2 years.

He expressed his displeasure at how the current working conditions at the Ministry of Information and Broadcasting. In his resignation letter, addressed to Information Secretary Sardar Ahmed Nawaz Sukhera, he stated the reasons forcing him to relinquish his post:

In the prevailing circumstances in the Ministry of Information, Broadcasting, National History and Literary Heritage, it has become increasing difficult for me to continue to work for the restoration of [the] past glory of PTV. 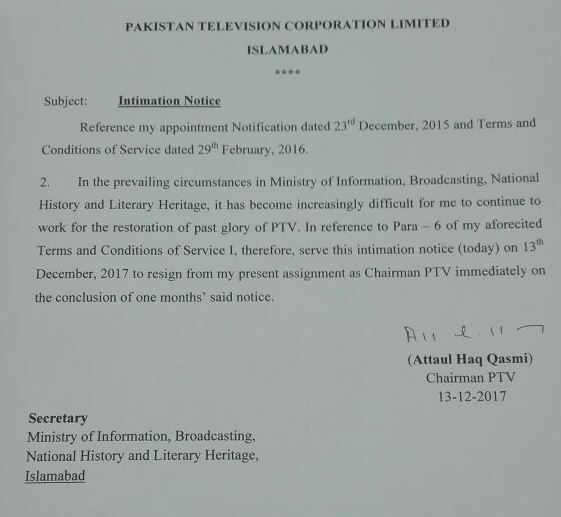 It should be mentioned that about 8 months ago, after facing severe media pressure, Atta ul Haq Qasmi had to step down as Managing Director of PTV. He came under heavy criticism for holding two positions at the channel at the same time – Managing Director and Chairman.

Sources say that he stepped down from his position recently due to a reported tussle with the Minister of Information Marriyum Aurangzaib. It is believed Qasmi was displeased over how he was not consulted over the matter of appointing the new Managing Director of PTV.

Sources say that the charge of MD PTV was handed over to Secretary Information Ahmed Nawaz Sukhera by the Ministry of Information, reportedly without taking Qasmi onboard.

On Dec 11th, a notice was issued by the Establishment Division, which confirmed Sukhera’s additional position as MD PTV for a period of 3 months.

However, the same notice was withdrawn a few hours later by the Federal government. On Dec 12th, a new notification was issued which confirmed Sukhera’s position as MD without the three month limit.

In partial modification and continuation of this notification of even number dated 11-12-2017, Sardar Ahmed Nawaz Sukhera, a BS-22 officer of PAS, Secretary Information and Broadcasting Division is assigned additional charge of the post of managing director PTVC in addition to his own duties till further orders. – Notification

It should be mentioned that the post of MD PTV had been advertised in the print media about two months ago. However, they failed to find a permanent head for the state-owned media corporation. Even Prime Minister Shahid Khaqan Abbasi had to order the information ministry to appoint an MD at the earliest.