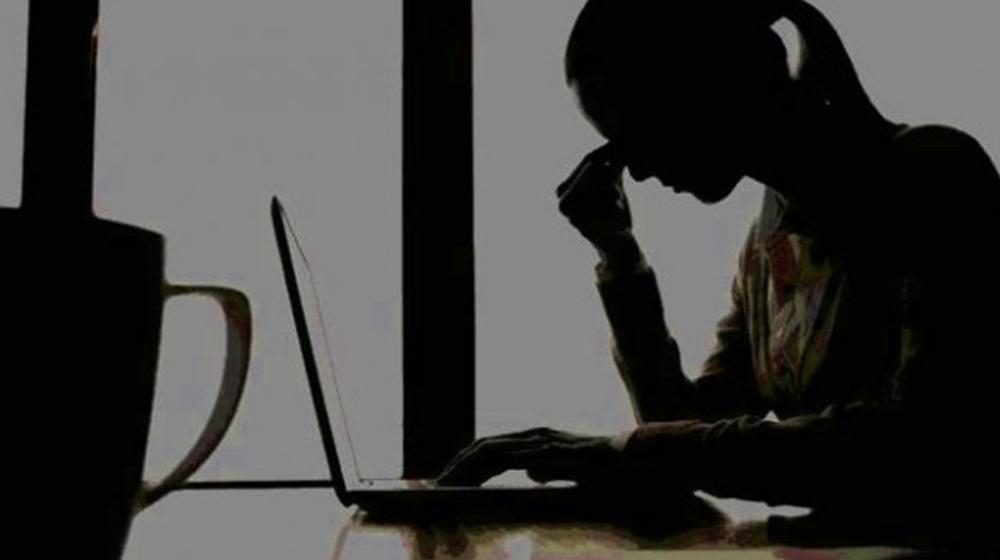 The 33-page report features statistics regarding awareness of cyber-laws, various cases of abuse reported in different regions of Pakistan, gender ratio regarding these cases, the age groups of victims, total number and volume of these calls as well as recommendations to people across the country from Digital Rights Foundation.

The report commences with an infographic about the levels of awareness about cyber laws in Pakistan.

It is reported that while 79% of women in Pakistan have regular access to the Internet, only 28% know about the laws that exist to protect them against cyber-bullies.

While 70% women will choose not to upload photos of themselves online in order to avoid harassment, 40% have received abusive messages online at some point.

Regardless of this, 70% of women have never reported online harassment and 11% don’t believe it would be helpful.

The report also displays that 45% of women will find such reports embarrassing and 47% will think they would not be taken seriously.

In order to ensure that women would not hesitate to report abuse online, the Helpline promises to ensure caller confidentiality and privacy in order to improve quality control.

Statistics on Number of Complaints

The Helpline receives complaints mainly via phone calls, emails and Facebook messages. The report represents the number of complaints received from December 1st, 2016 to November 30th, 2017 in the following bar graph:

Digital Rights Foundation also categorized the calls into new calls for individual cases (1066) and follow-up calls (410) from people seeking additional help or informing their assigned officer about updates in their case.

The average number of calls per month received by the Helpline was 123.

DRF reported that most of the calls received by the National Response Center for Cyber Crime (NR3C) are cases of harassment towards women. Female to male gender ratio in this case is 67:33 percent

The report also includes graphical representation of the types of inquiries made.

Of these, non-consensual use of information is the most frequently reported at a total of around 370 complaints. 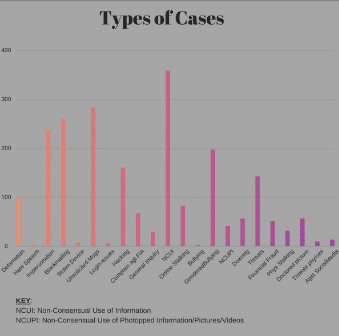 Facebook has been reported to be the highest platform for abuse according to DRF with 480 complaints. 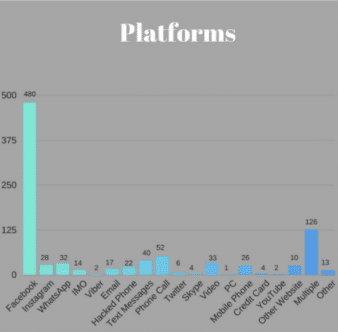 The helpline also reported that on with total number of 12,339 complaints and 1623 inquiries, 232 FIRs were submitted by the victims of cyberbullying and harassment.

The report also featured data regarding geographical distribution of complaints. 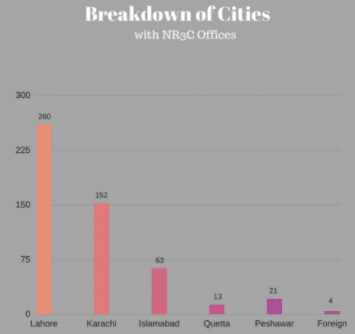 The report also features mental health indicators. 51% cyber abuse victims feel stress, 16% fear, 13% anger, 11% panic, 7% feel generally upset while 2% even get suicidal ideas. However, the sample from which this data was obtained was small.