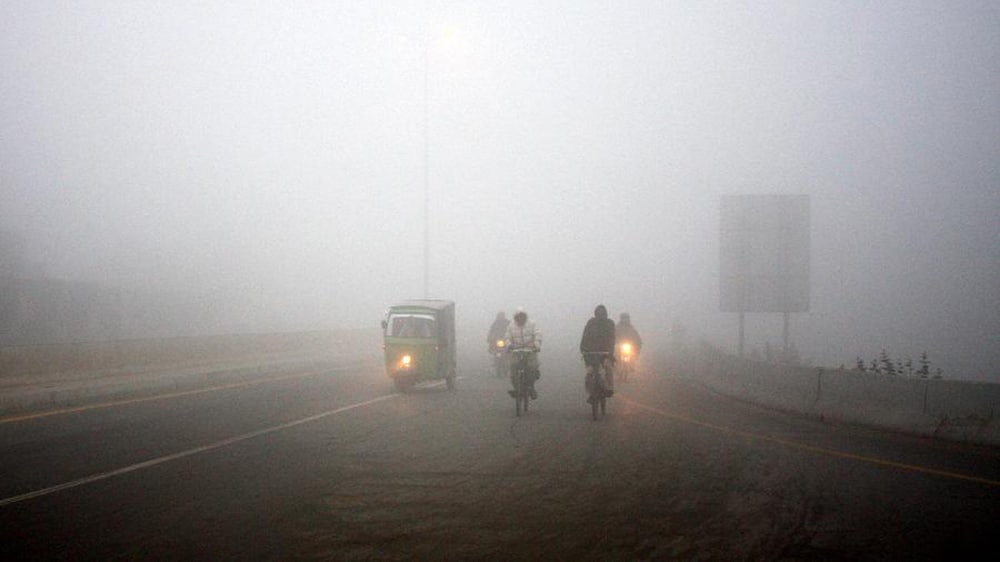 This morning, poor visibility became a major problem for daily commuters as various areas of Upper Sindh and Southern Punjab were engulfed by dense fog and air pollution.

The road visibility turned near to zero at National Highway road from Khanewal to Bahawalpur, and Rohri Toll Plaza to Tando Masti Khan. The visibility was dropped to 70-80 meters at M1 Swabi, and 50 meters at Multan-Khanewal section and Bahawalpur bypass of M4, according to a spokesperson for Motorway.

The spokesperson also revealed that visibility had reduced to 30 meters at Rahim Yar Khan.

The motorway officials have urged the commuters to avoid driving, during this heavy spell of fog, as much as possible. Moreover, in case of emergency travel, use the fog lights, double indicators, and drive very slowly and carefully.

Read More: How to Stay Safe During Smog Season? [Guide]

On the other hand, Gilgit Baltistan’s Astore District has received heavy snowfall in the past few days. Malakand division also received rain-thunderstorm and snowfall over the hills.

Related: This December is the Wettest in Pakistan in 5 Years