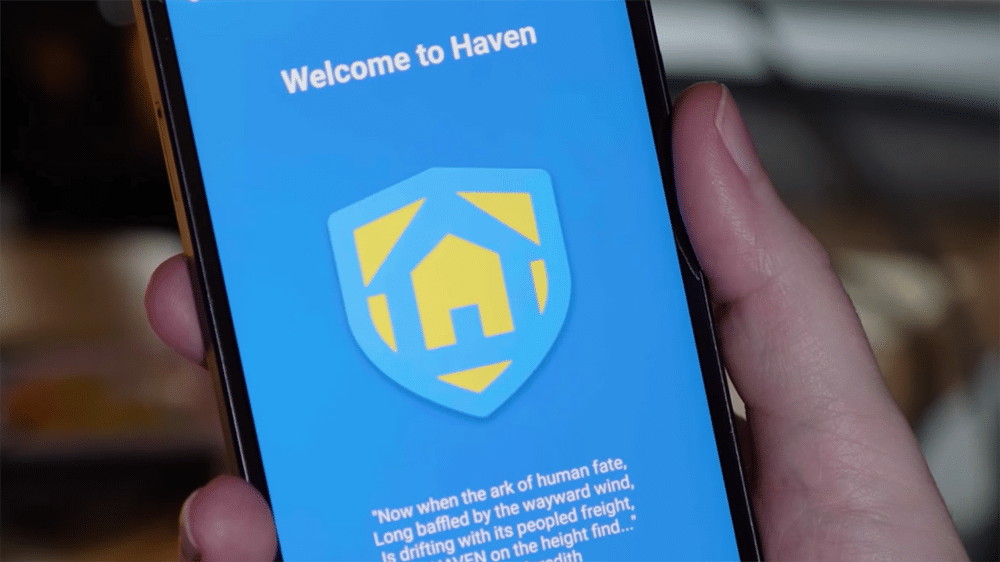 Former NSA hacker Edward Snowden, who remains exiled in Russia, has released a new surveillance app that can help people secure their electronic devices against hijacking.

The Android app, named Haven: Keep Watch, is an open source application that will support all Android devices. The app, which is still in its beta version, uses the your phone or tablet’s camera, mic, and accelerometer to detect any motion and generate an alert for you when you leave your devices unattended.

Haven has been designed to protect a device from physical tampering. It was developed by The Guardian Project, Freedom Of The Press and Edward Snowden himself to guard your data.

Haven sends alerts to you via SMS, Signal or to a Tor-based website.

Haven is Still Far From Perfect

A member of Freedom Of The Press told the media that the app, which can snap a photo, record audio and detect motion at the same time, does have a few shortcomings.

For Haven to work properly, uninterrupted access to the internet is required. Its also possible for false alerts to be generated with the app as well. Last but not the least, using Haven means that your Android phone or tablet may suffer from severe battery drain.

The developers behind the app say that these issues will be likely removed with the launch of final version.

Snowden had this to say about the app:

Haven offers something new for those who would welcome the peace of mind from additional surveillance.

It can also be used as a cheap home or office security system to detect break-ins or vandalism while you’re away, positioning the phone to send you photographs when someone walks within range.

Or you can use it to monitor for wildlife in rural areas, or to capture evidence of human rights violations and disappearances.

You can download Haven from here. You can also examine its code or download the Android APK on GitHub here.

Not the First Security-Focused Project From Snowden

Snowden had previously developed an iPhone case to detect when a device is transmitting data. He regards data collection as “the central problem of the future”, therefore, he has advised people to get rid of Google, Facebook, and Dropbox for their safety.

In 2013, before getting political asylum in Russia, he copied and leaked classified information about the National Security Agency (NSA) and its mass surveillance practices to the whole world.