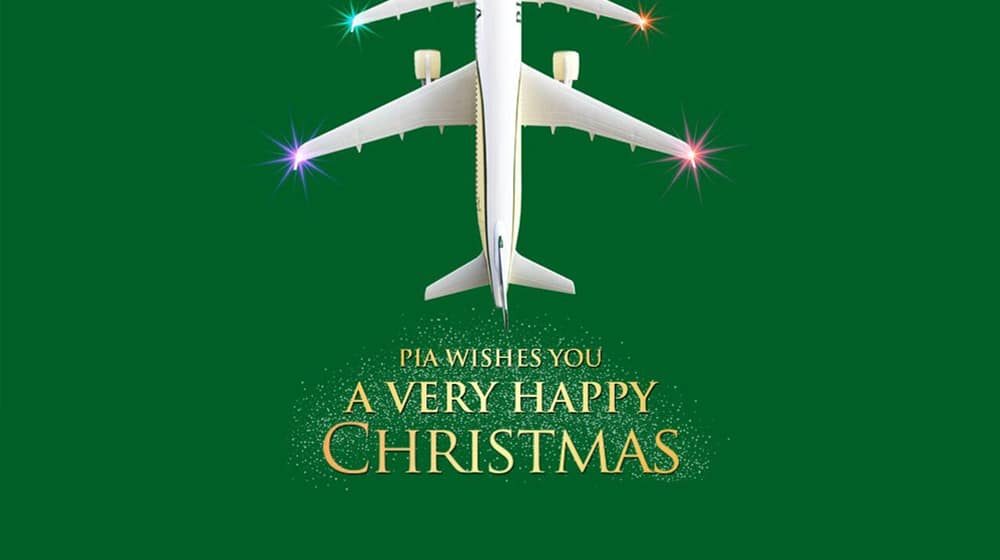 We are all aware of the countless controversies surrounding the PIA or Pakistan International Airlines. But its recent PR blitzkrieg on Christmas became the talk of the town and the internet if Reddit is to be believed.

The image, posted on Twitter a few days back, appeared in Reddit’s social news section and was praised by several users.

The greeting advert was added into the sub-reddit thread “Adporn”.

The community praised and up-voted the pictorial post and in just a day, the advert topped the thread with 93% up-votes and 614 points so far. The picture was uploaded yesterday (26 Dec, 17). 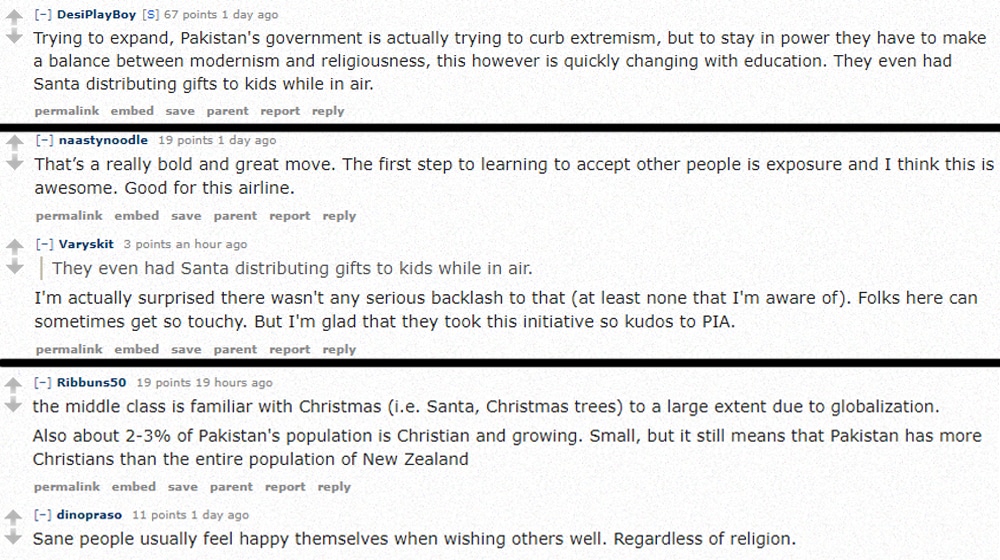 But that wasn’t the end of good tidings for PIA that day.

PIA Staff Joins in with the Christmas Spirit

Here is how the national carrier pulled off its Christmas campaign in style:

In the spirit of sharing joy our Senior Flight Purser, Peter Inayat dressed up as Santa and with the help of the cabin crew gave out gifts & goodies. And we got the best present of all,a bunch of happy passengers🎅🏾Happy Christmas 🎄 to everyone celebrating!! #PIA #ChristmasEve pic.twitter.com/1HFMQE0ROc

For our lil passengers onboard we decided to throw a lil Christmas party 🎉 & guess who showed up?! Our very own Santa 🎅🏾 ✨🎄 #PIA #Christmas pic.twitter.com/haFR3prL0p

Ho ho ho and Christmas Cheer!! 🎊It was a holly jolly flight as PIA had a visit from Santa Claus with lots of gifts for everyone!! We had fun, we had joy, we had very happy passengers! Merry Christmas to all those celebrating 🎄#PIA #Christmas pic.twitter.com/MD8K0D5ZLm

It is heartening to see that efforts such as these are not only appreciated in Pakistan but the world over as well. PIA truly won the brand wars this Christmas in Pakistan it seems.