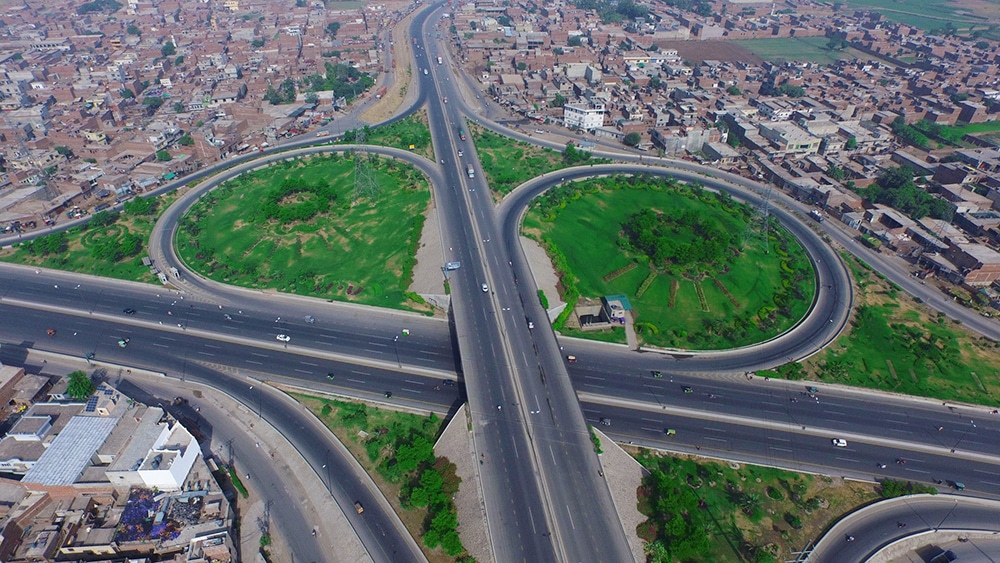 The Lahore Ring Road authorities (LRRA) have silently increased the toll tax from Rs. 120 to Rs. 350 for trucks and trailers.

Two days after the inauguration of Southern Loops 1 and 2 of LRR, the authorities increased toll tax by 75% to 192%.

The exorbitant increase in toll tax has drawn severe criticism from commuters, especially transporters. If they failed to address our grievances, transporters will be compelled to shut good transport operations in the provincial capital.

He said that the LRRA officials have told them that the Frontier Works Organization (FWO) has constructed the road by spending billions of rupees. Therefore, the toll tax had to be paid to the FWO.

A large number of commuters, on their social media accounts, protested against the LRR toll tax for cars and jeeps that was increased from Rs. 20 to Rs. 35 per vehicle.

A social media user, Asad Sheikh, said, “So the Ring Road Lahore increased their toll to an insane level by an almost double margin which seriously doesn’t make any sense. I fail to understand why people are bashing the Punjab government for it when it is being run by NLC (FWO).” 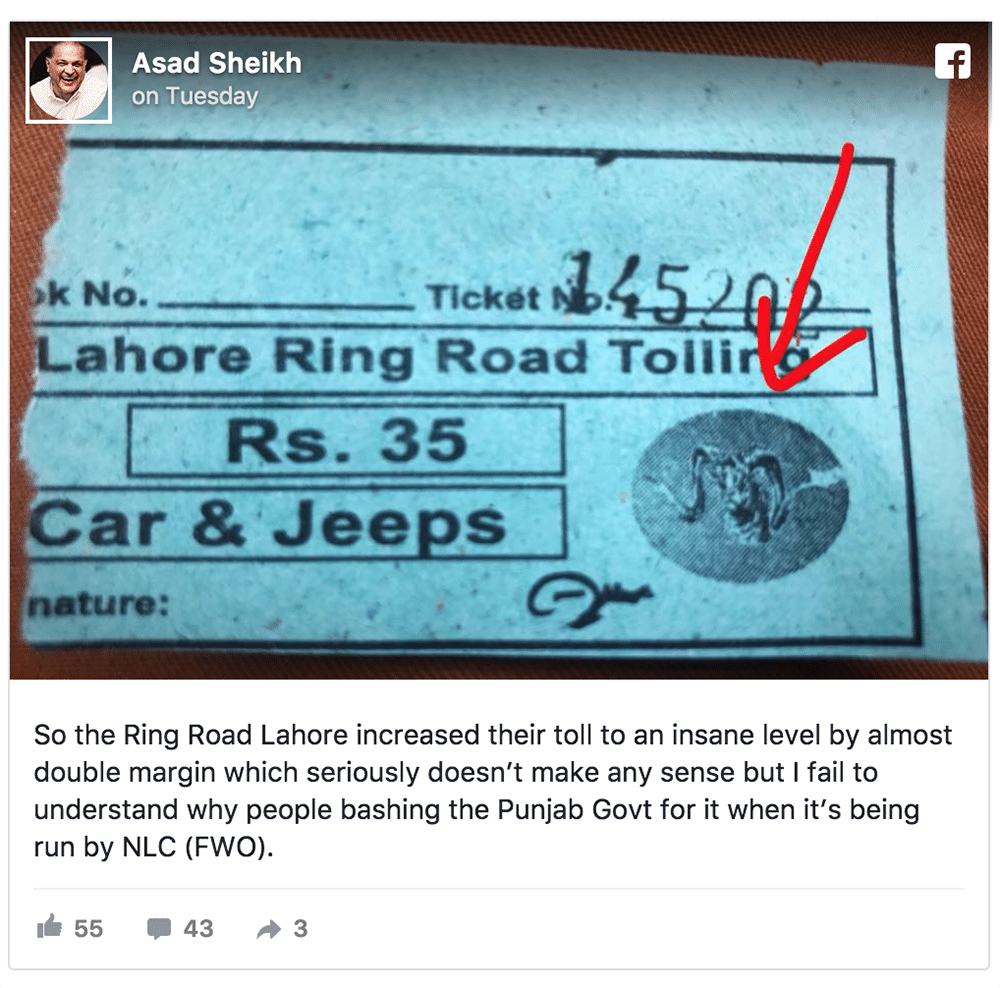 Another Facebook user posted a toll tax ticket of Rs. 35 saying, “Lahore Ring Road is under the FWO which is an Army organization and they are running it on a build and operate basis, so it’s not under the Punjab government anymore.”

An official of the LRRA told the local media that:

The FWO had increased toll tax rates because it has invested around Rs. 20 billion for the construction of this road. As per an agreement with the government, FWO is authorized to further toll tax rates over the next year to recover its investment along with profit.

He revealed that the government had shared around Rs. 4.5 billion for the construction and the rest of the investment was made by FWO. The official told that the ring road will be handed over to the government after the concessionary period of twenty-five years.