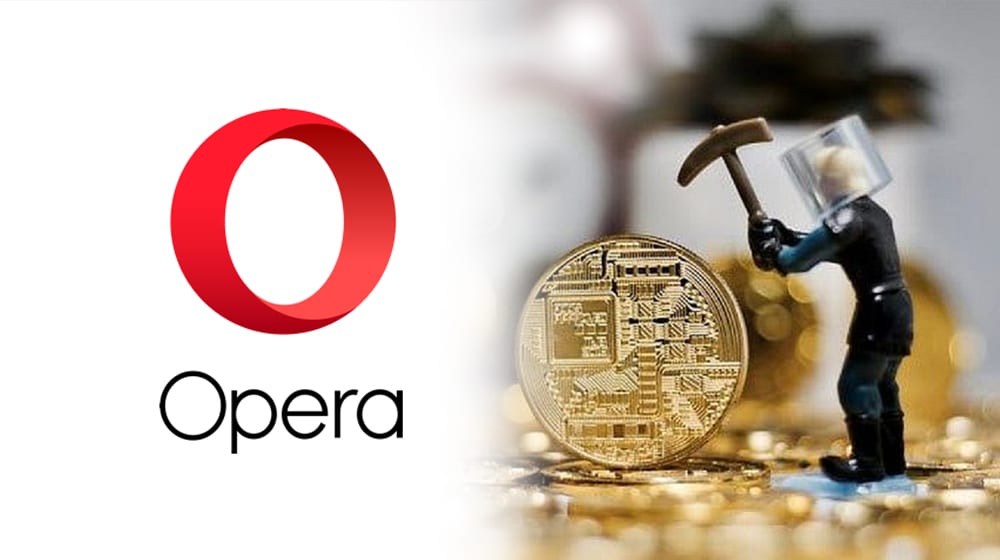 Opera Software, a Norwegian-based software company, has introduced a cryptocurrency-mining blocker in the latest beta version of their popular browser, Opera. Its beta version, known as Opera 50, is the first ever browser to have its own crypto-currency mining protection.

The new feature adds a defence against potential cryptojackers who can use your system resources and your CPU to mine cryptocurrency without your consent. This process runs in the background so its hardly noticeable but Opera’s new feature prevents it without the user having to know about it.

Prevents Mining in The Background

Insecure websites are often programmed to run JavaScripts to start the mining process. In some cases some pop-up windows are used to launch mining scripts, which start using the computer’s resources even when the user leaves the compromised website.

Phishing schemes and several “fake tech-support” scams have also been reported to infect CPU’s with their JavaScript miners through screen pop-ups like the typical “security-warning” pop-up often seen while surfing the Internet on a web-browser.

Your CPU suddenly working at 100 percent capacity, the fan is going crazy for seemingly no reason, and your battery quickly depleting might all be signs that someone is using your computer to mine for cryptocurrency.

The new cryto-mining blocker in the Opera 50 works alongside it’s built-in adblocker and similarly blocks mining schemes as well.

How to Enable/Disable The Feature 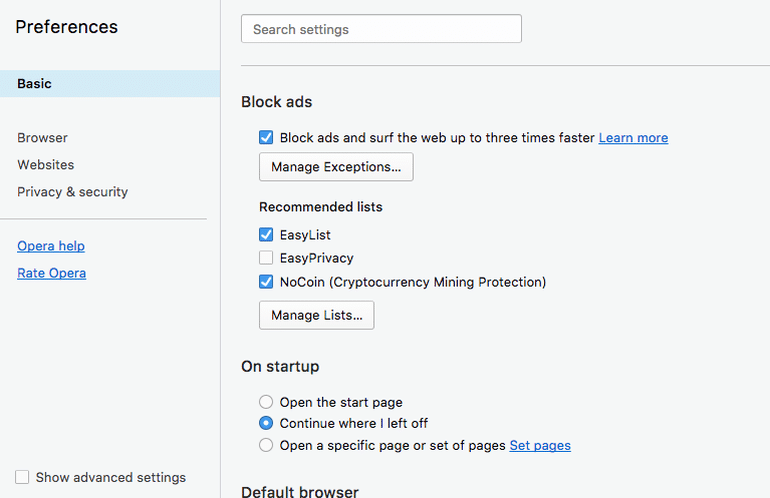 The mining blocker has been named NoCoin and can be enabled or disabled in the Preferences accessible from Opera browser’s settings. It is, however, enabled by default in the beta version. Kornelia Mielczarczyk, Opera’s QA said,

With NoCoin turned on, pages embedded with cryptocurrency mining scripts will be blocked in a similar way our mechanism blocks ads.

We have yet to see Google or Mozilla do something similar for their Chrome and Firefox browsers respectively. These two are the most used browsers around the world, with a market-share of 64.02% and 12.55% respectively (as of Nov 2017).