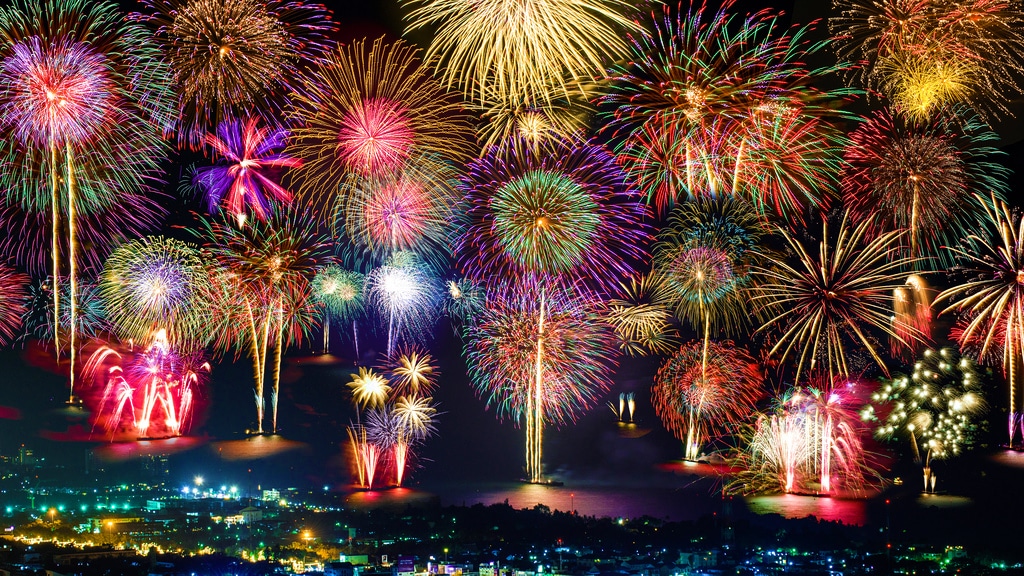 2018 is here! And just like with every other year, there was no stone left unturned to celebrate the advent of the new year in style.

Many major countries in the world kicked off the entry of 2018 with bombastic, psychedelic and wildly imaginative fireworks that were a treat for those who witnessed it first hand.

Did you miss those celebrations? Worry not, for we have compiled a list of some of the most awe-inspiring, shockingly marvelous light shows on Earth for your viewing pleasure.

Let’s get on with them:

Hundreds of thousands of people watched the fireworks at Sydney Opera House, Harbor, and Bridge. 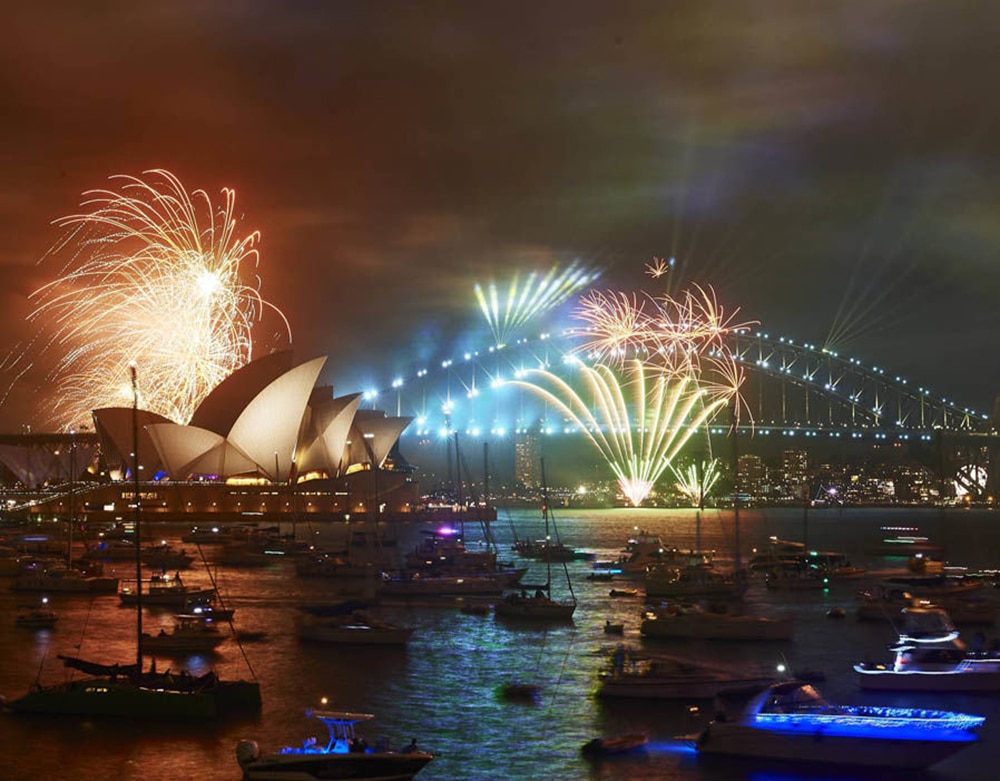 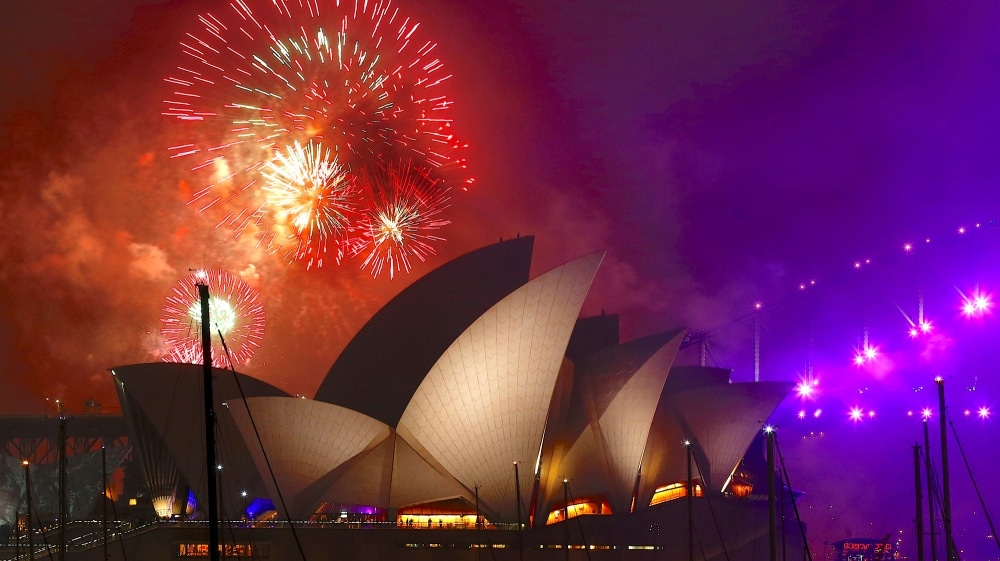 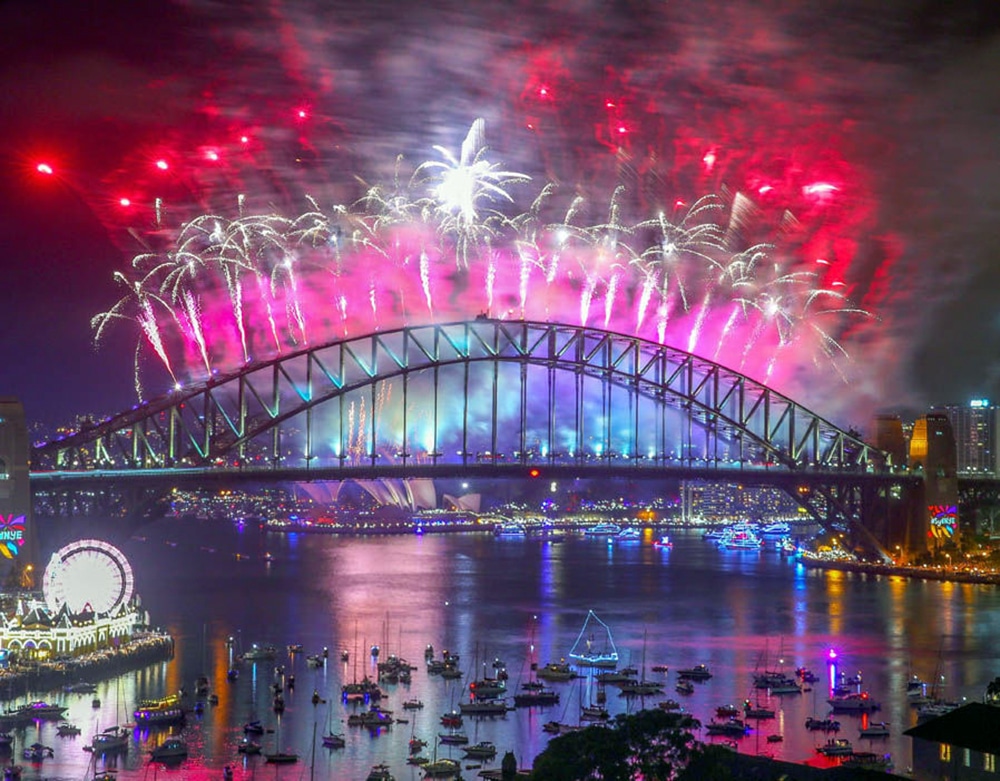 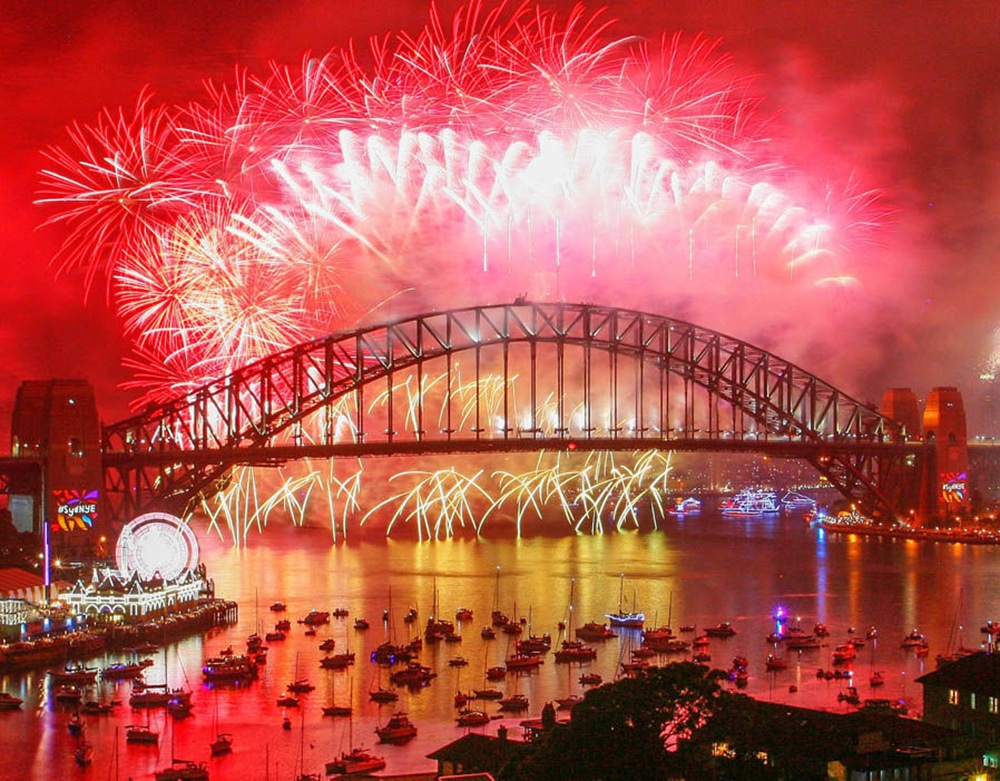 This year, 8 tonnes of fireworks were lit, resulting in a glamorously, colorful display, which lasted 12 minutes.

The iconic SkyTower in Auckland hosted the fireworks ceremony.

It was attended by tens of thousands of people who gathered around the city’s most well-known landmark. 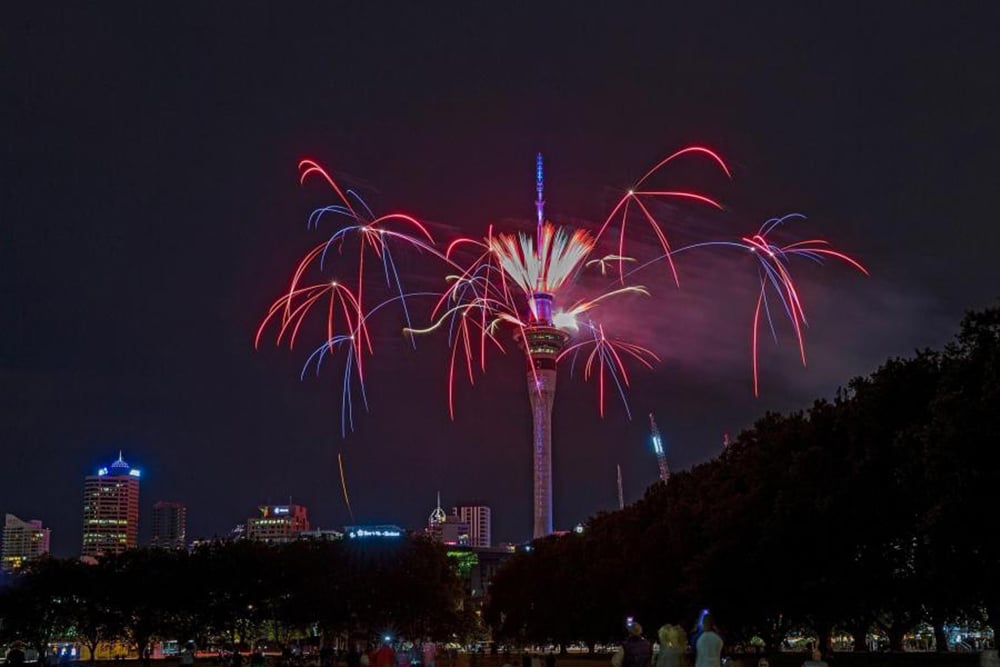 Nothing beats the light show on the tallest building in the world. The Burj Khalifa Tower held an incredible ‘never before seen spectacle’ light show to bid a resounding farewell to 2017.

Watching lasers and lights emitting from the building, going up and down, was an incredible sight. 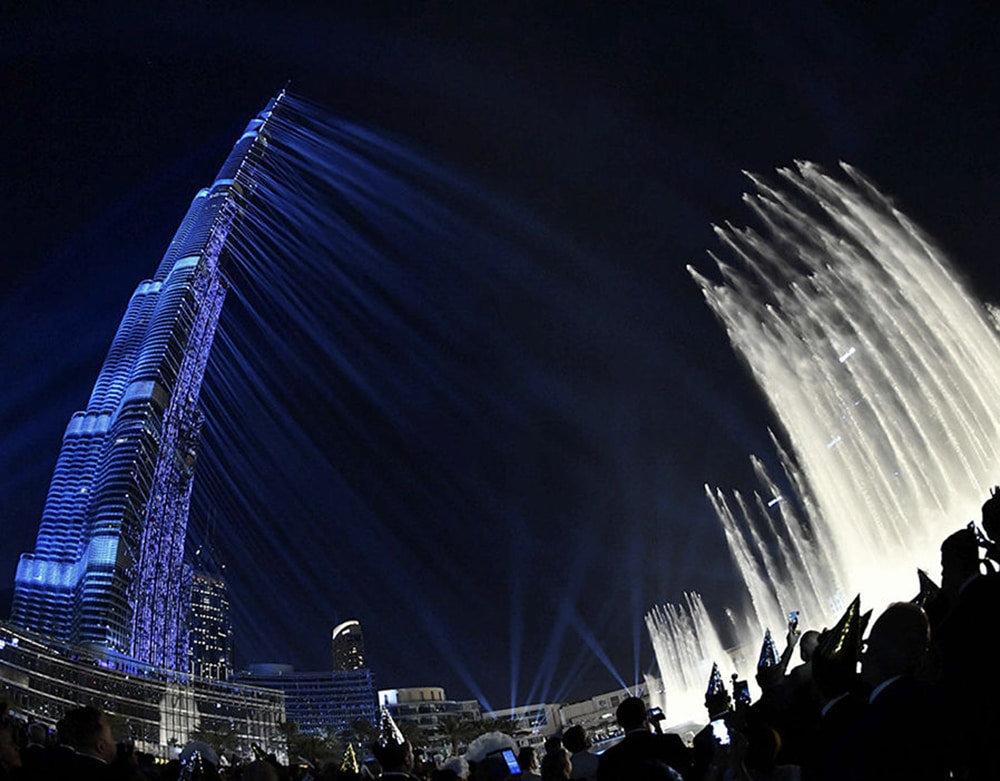 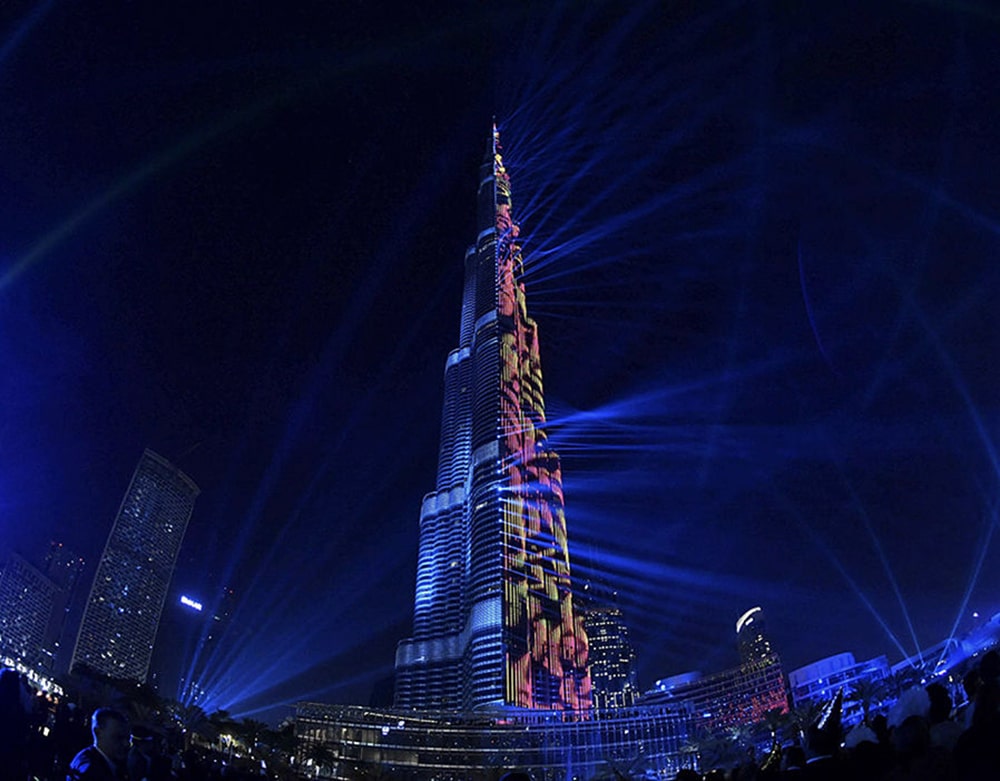 High-tech South Korea did its own thing for the New Year.

Here’s how they lit up their skies with all manner of fireworks: 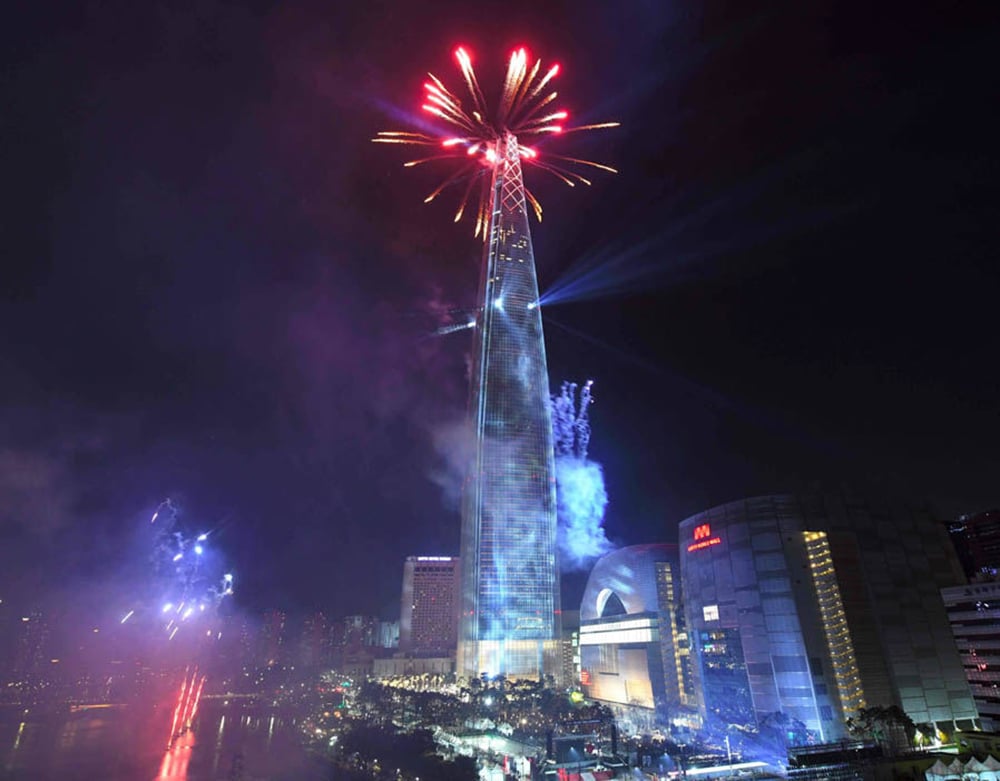 London hosted an incredible New Years firework display near the Big Ben, with fireworks coming off of the famous London Eye Ferris wheel.

More than a hundred thousand ticket-holders swamped the banks of the River Thames for the 12-minute display. 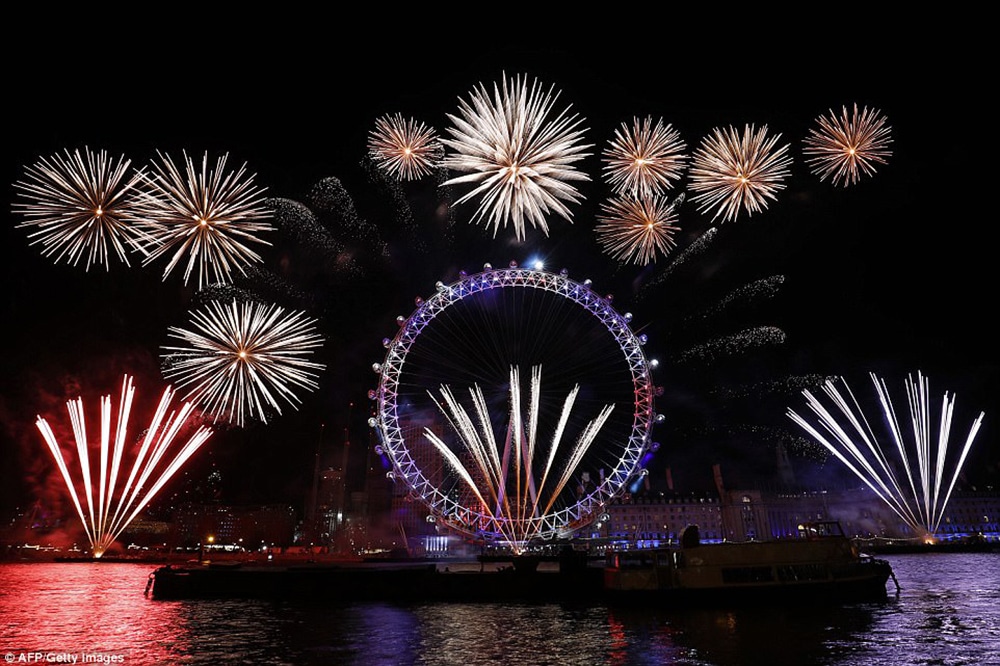 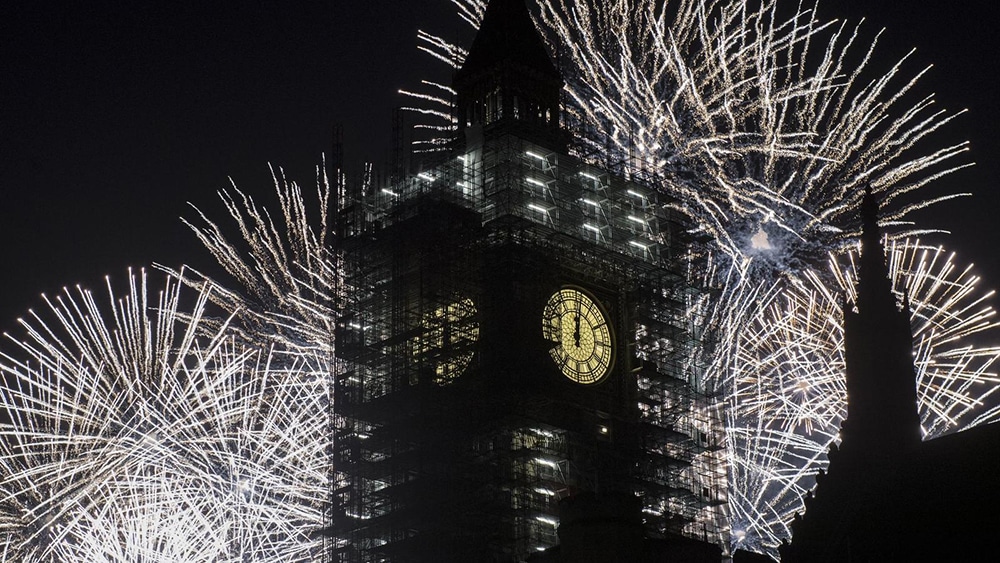 A supremely spectacular display of fireworks went on at Hong Kong’s skyline.

Here’s how it looked: 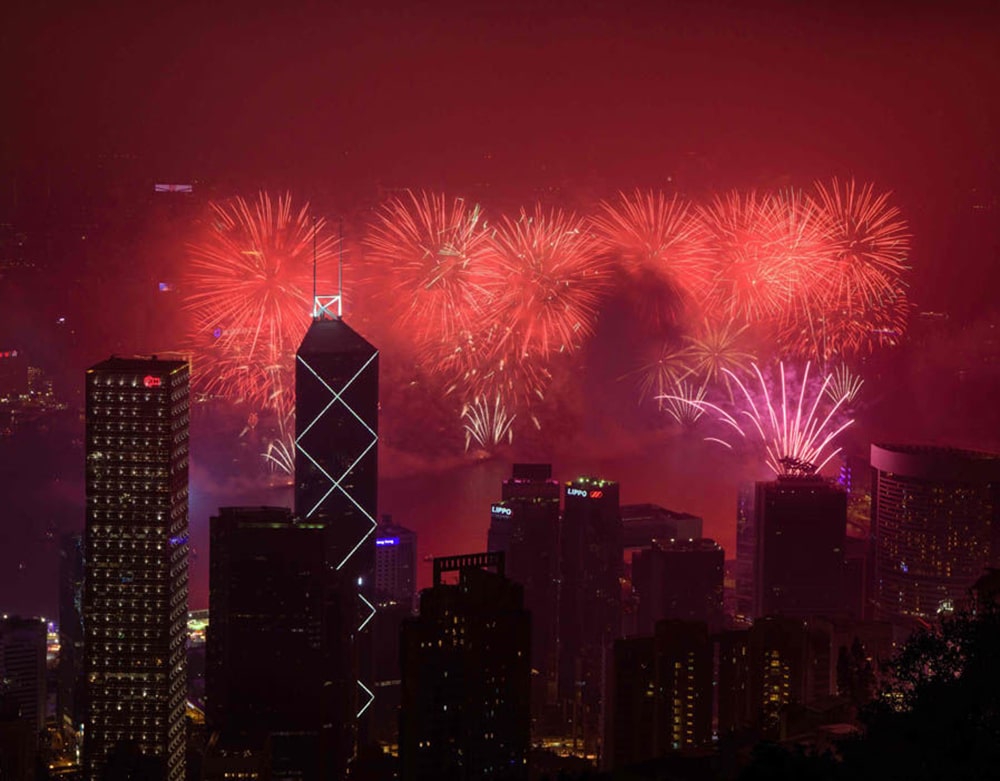 The Taipei 101 Tower in Taiwan organizes a firework display every New Year.

As you can see below, the tiers of the building sync perfectly with the fireworks: 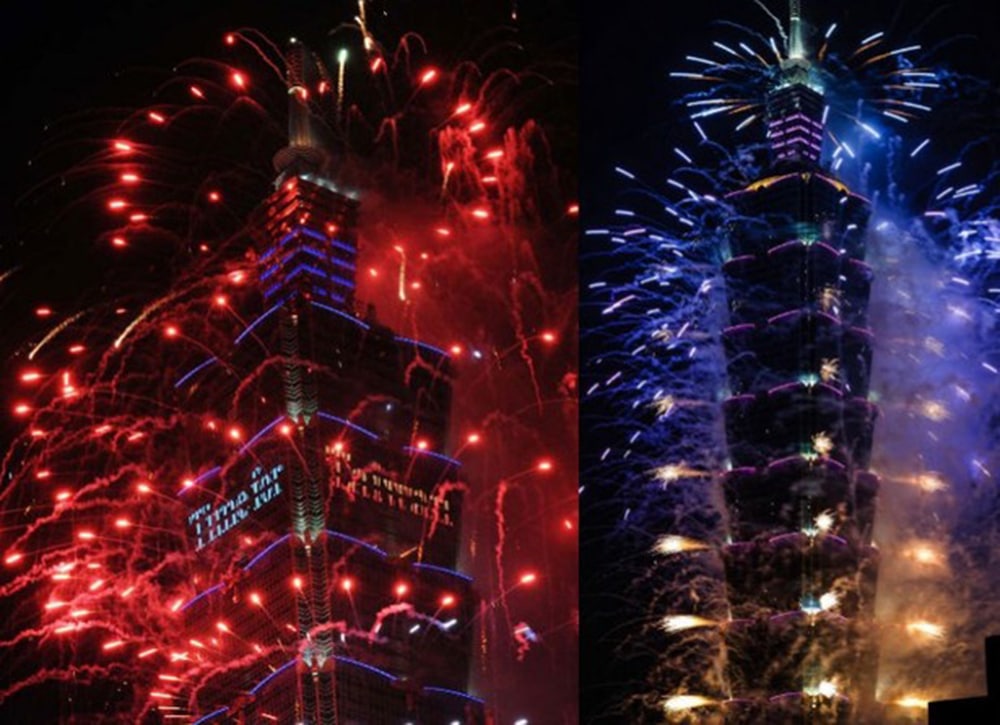 Seeing the Paris Eiffel Tower lit up with fireworks all around is definitely a mesmerizing sight.

It might not the most impressive set of fireworks compared to some others, but it surely is a great sight to watch. 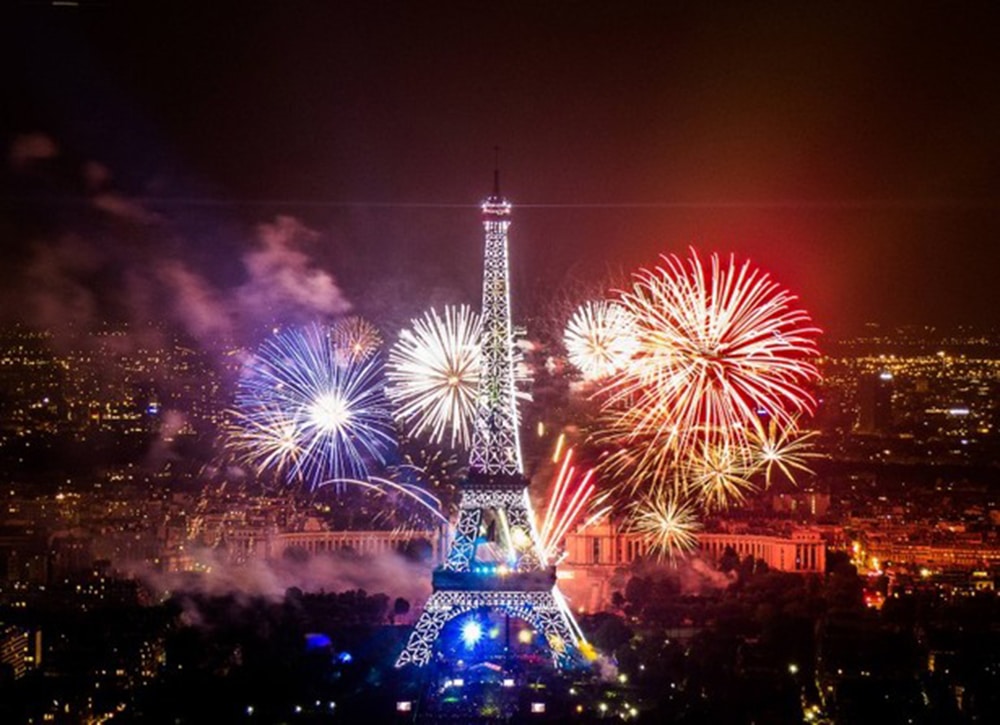 The fireworks in Singapore were definitely something else.

Take a look at it below: 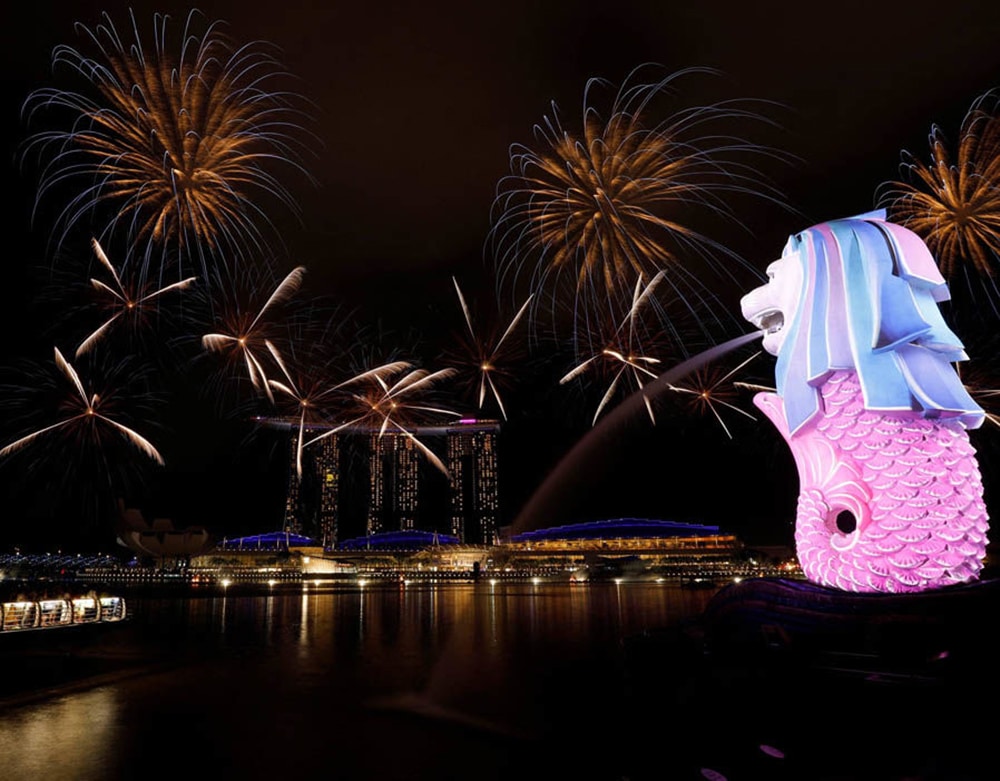 Here is how it looked: 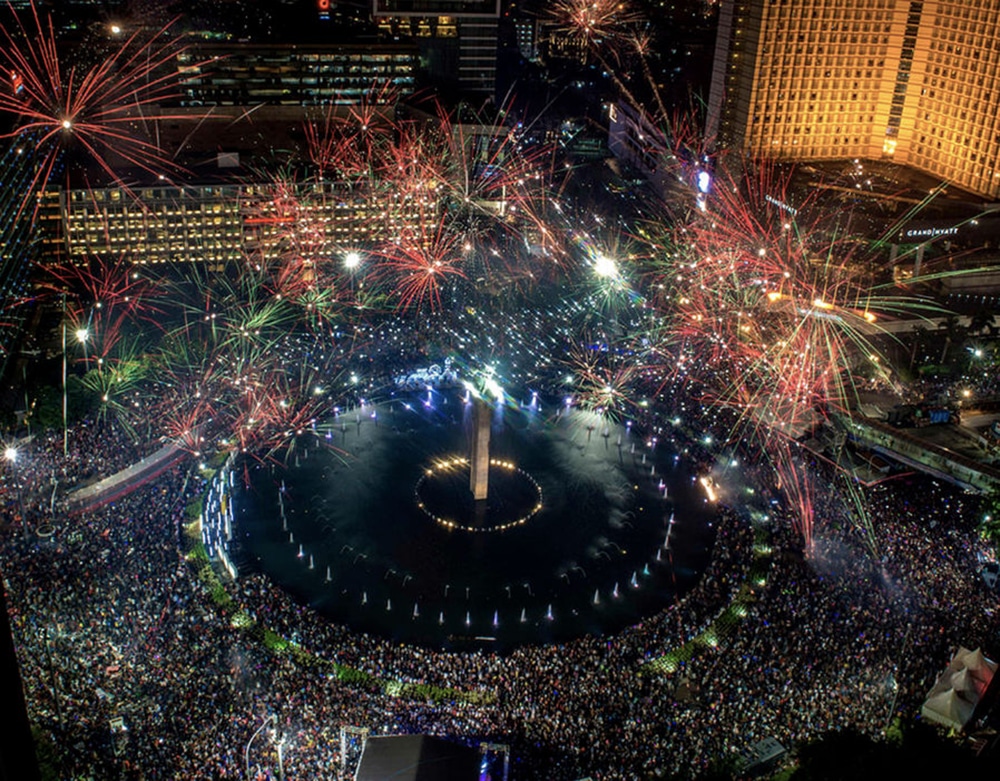 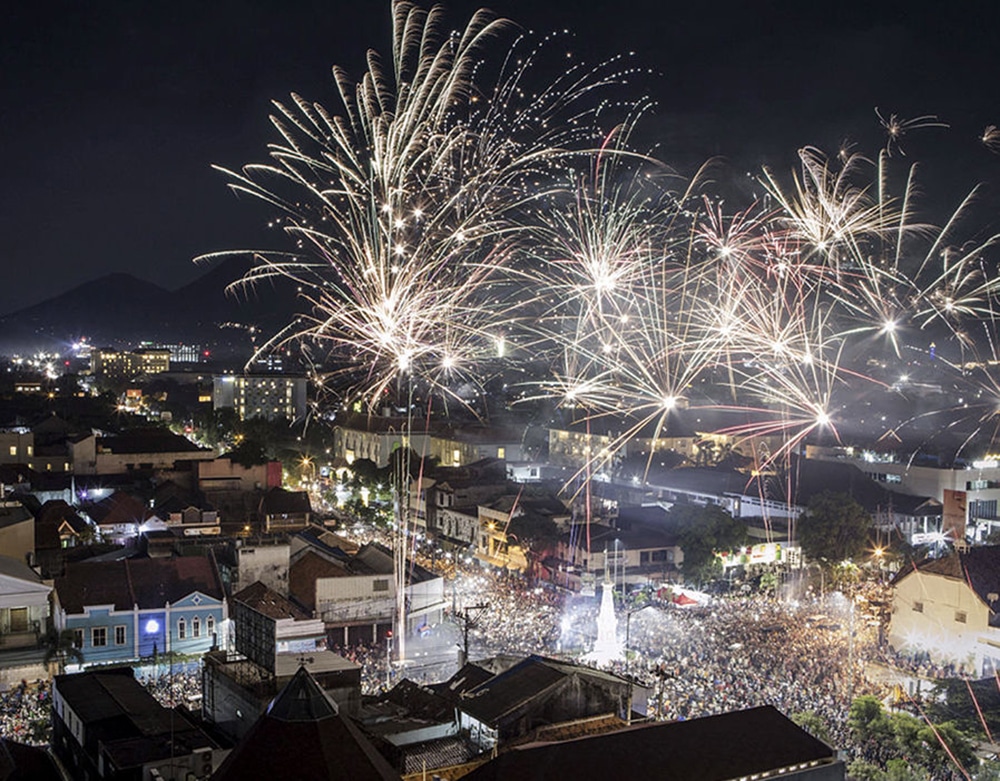 So which was your most favorite fireworks display amongst these and why? Sound off in the comments below!