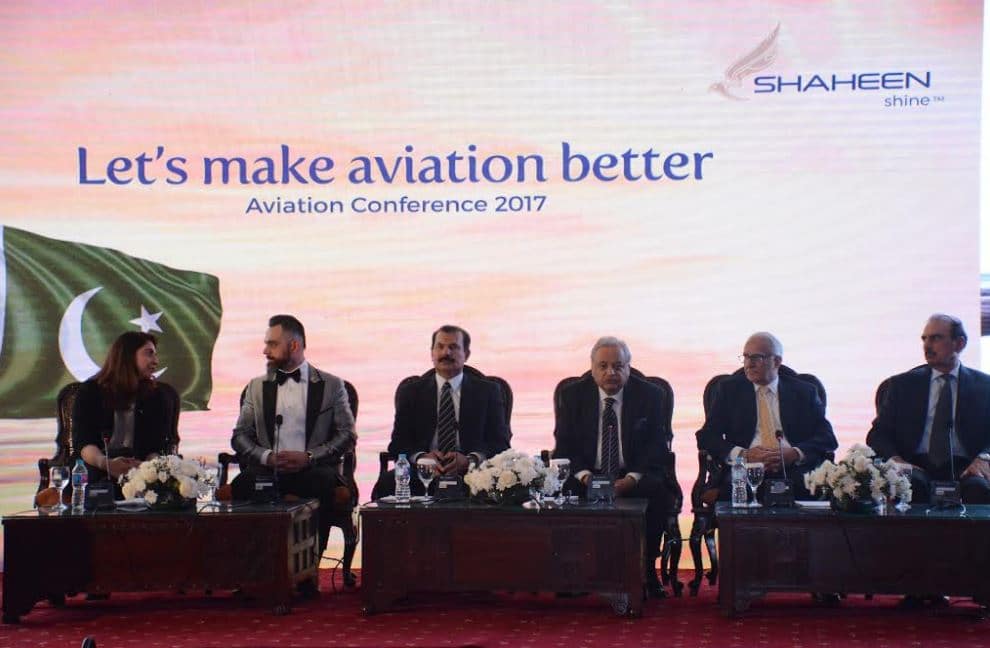 As Pakistan opens up for business once again, efforts are needed to make our country a bustling tourist and business spot again. Terrorism is down, business confidence is up, and now the aviation industry needs to do its part to drive that point home.

As part of its ongoing efforts to make the aviation industry in Pakistan better, one of the country’s largest private Airline is doing its bit by organizing a national Aviation Conference annually.

In that respect, Shaheen Air International, one of the largest private airlines in Pakistan, recently organized the Aviation Conference in the country.

The aim of this conference was to providing a platform to the stakeholders of aviation industry and suggest ways of making Pakistani airspaces better and achieve business, cultural and social milestones aimed at restoring confidence in Pakistan’s success.

Shaheen Air International recently celebrated 25 years of its serving in 2018.

Travel, tourism, business – every other major aspect was being discussed during the Aviation Conference that was recently held at Serena Hotels Islamabad.

The conference took into confidence the various stakeholders who make up Pakistan’s aviation industry, be it the Civil Aviation Authority, the numerous airlines that operate in Pakistani airspace, defence and governmental luminaries in charting out a way forward.

The moot discussed and debated ways of how travel and tourism can be boosted in Pakistan. And what facilities and resources are needed at both the governmental and private sector levels to realize these aims.

Muhammad Talha Mahmood, Chairman Standing Committee of Senate of Pakistan for Cabinet Secretariat and Establishment Division, was the chief guest at the event.

Also in attendance were:

Pakistan has, during the last past couple of years, borne the brunt of a law and order situation. Thankfully, normalcy has returned to the country again with sports events, international conferences and more being held that are ensuring that Pakistan becomes a responsible state among the comity of nations as it used to be.

Shaheen Air is doing its due in this regard as well. The airline recently acquired 7 new A319s in 2017. It had also acquired 4 A330-200 wide body aircraft in 2016. As the number of travelers to Pakistan reaches manifold, efforts are being made to build a positive image of our country.

Shaheen’s efforts are not just restricted to its domestic and international operations though. It is also one of largest contributors of the aviation industry in terms of infrastructure, investments, tax payments, regulatory payments etc. By being a fiscally responsible corporation, it is also contributing to upswing in Pakistan’s economy.

The Aviation Conference concluded with a resolution passed by all stakeholders on ‘Regaining Lost Glory of Aviation Sector and Taking it At New Heights’.