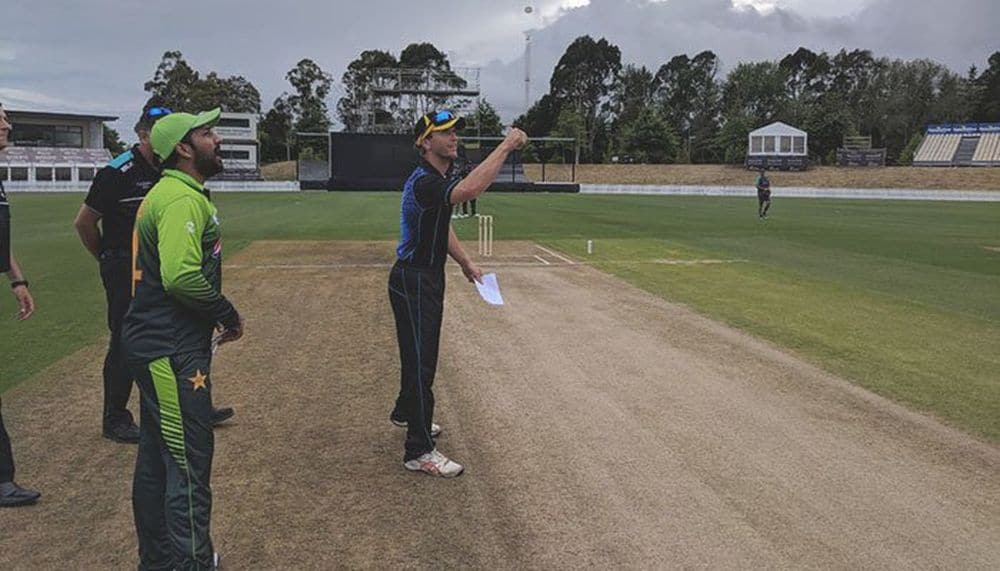 Pakistan has kicked off the New Zealand tour with a massive win against New Zealand XI in the only practice match.

The match was played at Nelson where New Zealand won the toss and elected to field first. However, the Pakistani batsmen made them pay for it.

New Zealand’s decision to put Pakistan to batting-first did not seem fruitful as Pakistan posted a huge target of 343 runs in 50 overs.

Both openers from Pakistan scored centuries before getting ‘retired out’. Fakhar Zaman emerged as the top scorer playing a quick-fire innings of 106 runs off just 84 balls. Azhar Ali came close at second spot with 104 runs off 105 balls.

Middle order failed to show much opposition to New Zealand bowlers, however, Hasan Ali made sure Pakistan cross 340 runs mark at the end.

In response, the mountainous target seemed too much for New Zealand XI as they only managed to score 221 runs. Pakistani bowlers ran riot as they bowled out New Zealand line-up for 221 runs in 47.1 overs.

Davidson was the only New Zealand XI batsman who showed some resistance as he scored 54 runs before falling to Hasan Ali. 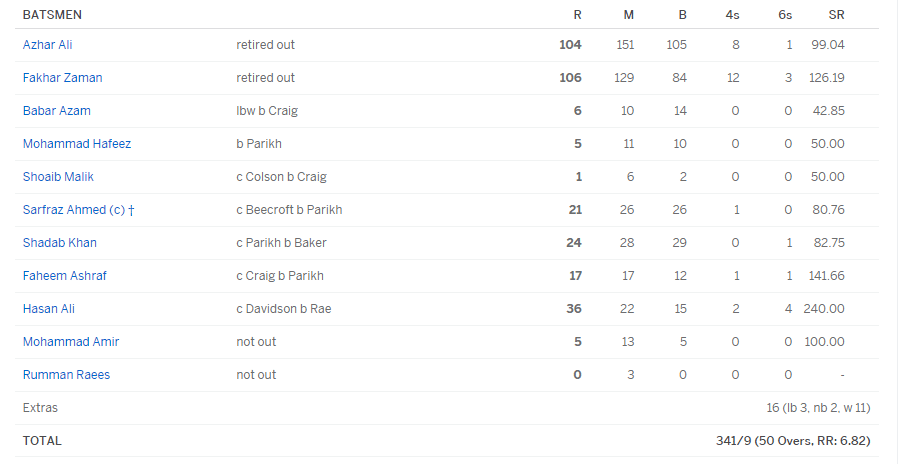 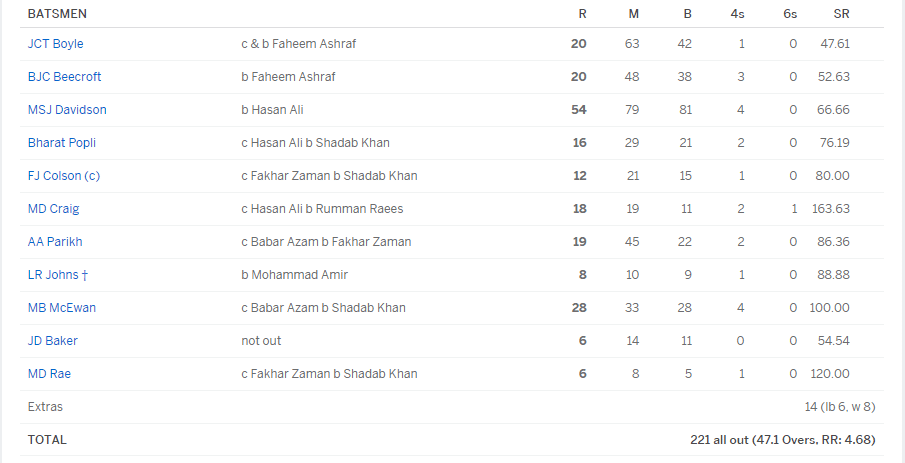 The 5-match ODI series will start off from Saturday, 6th January followed by 3 T20 Internationals.