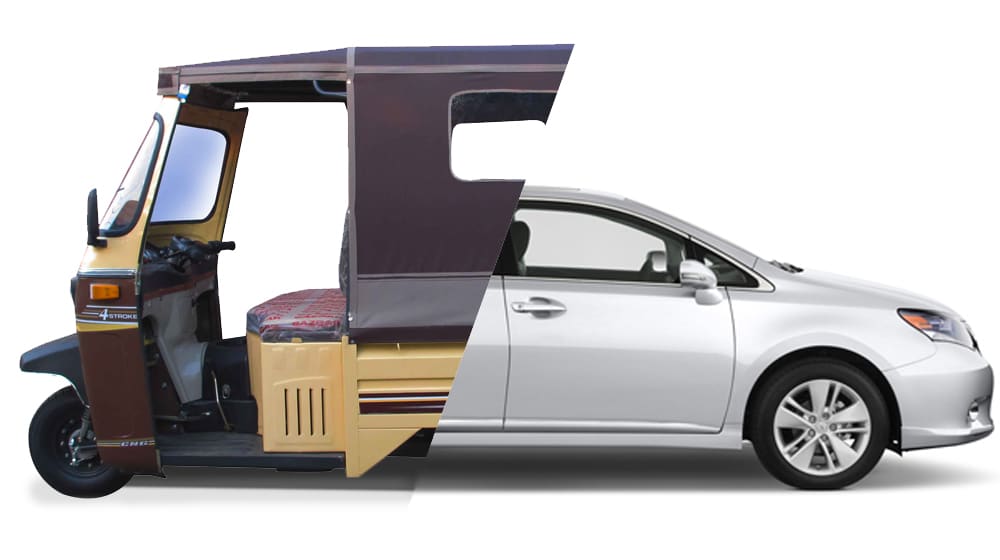 An auto-rickshaw manufacturing company, Sazgar Engineering Works, has announced that they will start making light commercial vehicles and cars by 2019. The company plans on setting up a Four- Wheel Vehicle Assembly plant and make new, original models to get a share in Pakistani auto-sector.

The company is very keen to enter this industry as they have already postponed their auto-rickshaw production expansion project. Arshad Mahmood, the Company Secretary notified the Pakistani Stock Exchange saying,

Considering the potential growth and future prospects of the automobile sector in the country and in order to facilitate timely completion of the project; the board has decided to hold the expansion of auto rickshaws production facilities as communicated earlier.

The Secretary added that their cars and light commercial vehicle manufacturing plan is expected to be completed by 30th June, 2019 and that their newly set up plant will be able to produce 24,000 vehicles every year.

The company has collaborated with a China-based company for their production facility and signed a memorandum of understanding this May – the name and details of the company have not been disclosed. The partnered companies will produce passenger cars, off-road SUVs, and LCVs and also offer after sales customer service. Moreover, the cost for this project has been projected to be Rs. 1.76 billion – not including the cost of the land the company already owns.

Here’s Why Pakistan’s Auto Policy is Still a Distant Dream!

Sazgar Engineering Works is currently getting approvals from regulatory authorities to carry-on with their project. Their production facility will come under Greenfield Investments thanks to Automotive Development Policy 2016.

The implementation of the 2016 auto-policy is getting attention and this is a good time for businessmen to enter the Pakistani auto industry. With relatively lesser competition, automakers are bound to flourish in this market and multinational brands, such as KIA, Hyundai, and Renault have already made their entrance plans official.