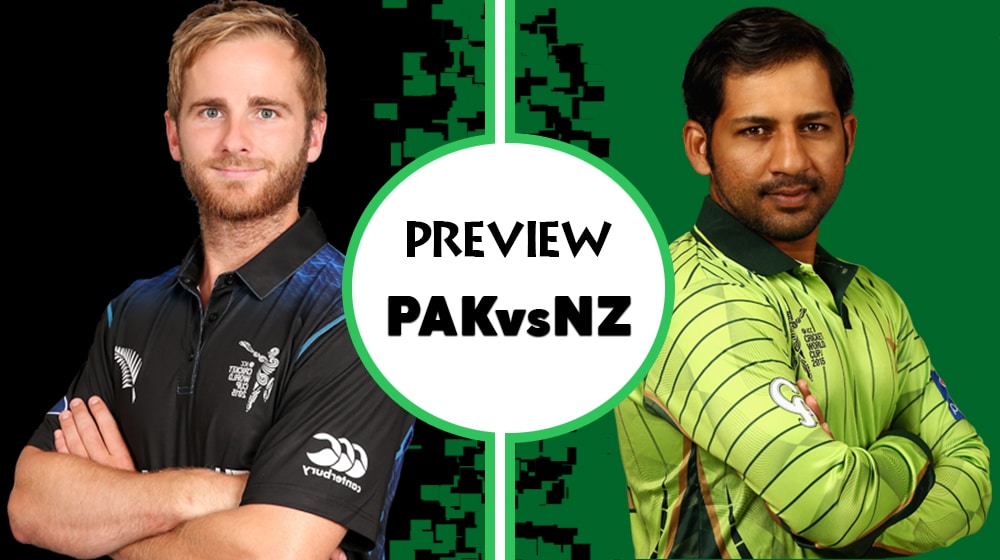 Pakistan will face New Zealand in the 1st ODI tomorrow. Here is a preview.

Next test for Pakistani ODI team will start from tomorrow against New Zealand on foreign soil.

The match is expected to be a cracker as both teams hold equal potential to trounce each other. Pakistan have failed to get the better of New Zealand at their home. However, things are likely to turn around as Pakistan will be going in as Champions Trophy winners.

Let’s take a look at team news, lineup and much more as Pakistan hope to turn winning hopes in to reality.

Venue: The match will be played at Basin Reserve, Wellington as New Zealand hope to continue their winning run against visitors. Pitch is expected to favor pacers so inclusion of an extra fast bowler shouldn’t surprise anyone.

Television: PTV Sports will be broadcasting the match live for Pakistani viewers. You can also watch it here.

Both teams are yet to announce the playing XI, however, we have expected lineups here.

Pakistan: Azhar Ali is likely to make a comeback after getting injured against against Sri Lanka in the last series. His inclusion means that young Imam-ul-Haq will sit this one out. Muhammad Aamir will also make a return to the national team. Let’s have a look at possible playing XI.

New Zealand: Tim Southee and Kane Williamson will return as New Zealand will field their strongest XI against Green Shirts.

New Zealand are trusting Guptill to give them a good start despite him failing to impress during 2017 season.

New Zealand whitewashed West Indies in the most recent series that they played at home. Pakistan are also going in with a clean sweep against Sri Lanka in their bag.

Speaking about the match against Pakistan, Tim Southee said:

It doesn’t change too much. Our roles are exactly the same in Twenty20 and one-day cricket. We’re going to try and have a bit of a fun and get the innings off to a great start.

Tim Southee also had something to say about Team Pakistan.

A number of guys are not big names, but they have a great record to back them, like Azhar and Babar. [Fakhar] is another exciting player who likes to get on with it. He’s had a great start to his international career but hasn’t toured New Zealand, so there will be challenges adapting to different conditions.

Pakistan team captain Sarfaraz isn’t happy about going in to the match with his key players injured. However, Champions Trophy winning captain says we know how New Zealand work an it won’t be wise to write us off.

It’s unfortunate that three of our key bowlers are injured but we still have good bowlers who can trouble New Zealand. Apart from opener Fakhar Zaman, all other players have played in New Zealand before so they know about the tough conditions and about the New Zealand team. So we are ready for the challenges.

Series is expected to go either way as both teams have potential to turn the other in to dust. There is hope for Pakistan to improve the record in New Zealand as they are going in to the match in red hot form.

Note: We will update with the live stream link before the start of the match.