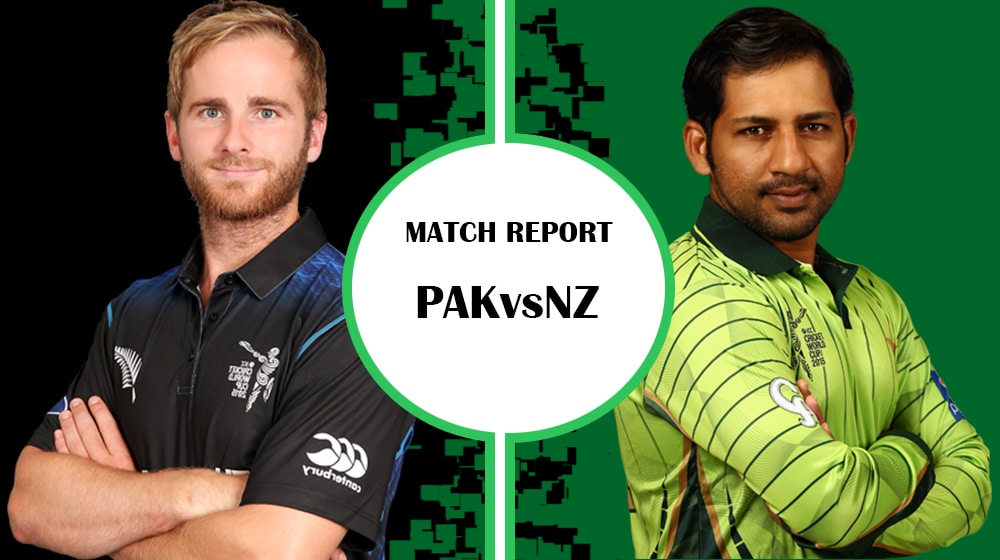 Another rain-hit match, another loss for Pakistan in the second ODI took New Zealand 2-0 up in the series with 3 matches to go.

First, a dismal performance with the bat and then a poor bowling display in addition to hiccups in the field made sure that Pakistan was never in the game.

With the match reduced to 25 overs, New Zealand’s equation turned out to be a rather simple one, needing 87 off 11 overs with 8 wickets in hand. Martin Guptill’s 86* helped the guests get over the line with ease and grace.

Sarfaraz Ahmed won the toss yet again, deciding to bat this time around. The decision was made keeping in mind the dry nature of the Nelson wicket; the slowest wicket in New Zealand. But as luck would have it, his decision was made questionable by the rain interruption.

Pakistan’s campaign was dented badly when Fakhar Zaman was ruled unfit to play before the match, which paved way for the rookie Imam-ul-Haq.

Azhar and Imam were cautious with their start, however, both the openers failed to impress, falling to the opening bowling duo of Trent Boult and Tim Southee, respectively. Babar’s poor run in the series continued, falling to the pacer Lockie Ferguson. It was clear that Paksitani top order was looking for seem and swing which wasn’t there, scared witless at the back of the crease they were just waiting to make the same mistakes all over again.

The aggression we saw in the Champion’s trophy or against Sri Lanka was no more, partly due to the inclusion of mroe cautious players as openers.

A 45-run stand between the senior players, Mohammad Hafeez and Shoaib Malik offered some respite before Malik was dismissed at 84-4. The skipper was back in the hut at the team total of 108-5, falling yet again to Astle unable to read his straighter deliveries. A half-century from Hafeez and a rearguard from Shadab (52) and Hasan Ali (51), helped the visiting team set a target of 247. 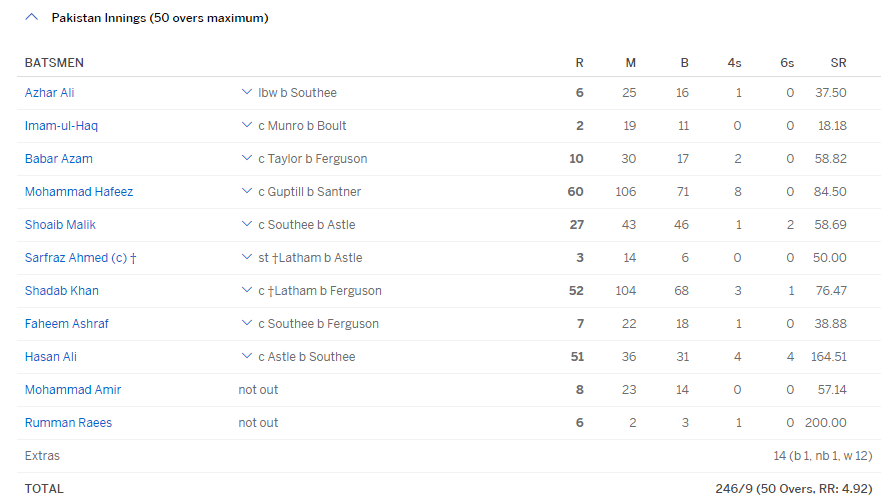 Mohammad Amir provided the right start to the visitors, dismissing the in-form Munro. Faheem Ashraf got another one thanks to an great catch by Shadab at Point. Both bowlers, taking one wicket each, reduced Williamson XI to 2-47, however, New Zealand was still on top when the rain intervened at 64-2 in 14 overs.

Just when a restart looked unlikely, the clouds gave way for Pakistan’s drubbing at the hands of Martin Guptill who changed gears after the play resumed in Nelson. The rain also helped strengthen the surface of the pitch making it easier to hit the ball.

With a revised target of 151 in 25 overs, Guptill and Taylor hammered the Pakistani bowlers everywhere, chasing the target easily with 8 wickets and 7 balls to spare.

There were not many notable performances in the match, which meant that Guptill’s 86* helped him walk away with the Man of the Match award.

The next ODI is scheduled at Dunedin on Saturday later this week. The match will begin at 03:00 AM PST.