Bitcoin mining has some serious impacts on the world’s energy situation.

Bitcoin mining consumes a lot of energy. Indeed, all mining does, but this type does not involve a row of workers hacking away deep underground. Bitcoin mining is done by machines — what is bitcoin mining?

Miners download software programs to perform complicated computer problems. As they do so, a block is verified every ten minutes. And at each block verified, users get Bitcoins as a reward.

Yet Bitcoin is just as taxing to the world — in terms of energy. When you plug in a machine to solve math problems, it produces enough heat to warm up an entire house on a winter day. As those problems get increasingly complicated with each block verified, the energy needed to solve them also increases.

According to a report by Morgan Stanley, Bitcoin used 36 terawatt hours of electricity, which was more than the entire country of Qatar. Even the combined energy use of all Tesla cars last year was radically less than this figure at 1.3 terawatt hours.

This year, the figure is expected to go up to 125 terawatt hours — a level which all Teslas and other cars won’t reach till year 2025. This is more consumption than the entire nation of Argentina.

Most miners are fleeing to China, where coal is used to produce energy. This would leave a very large carbon footprint — not to mention use fossil fuels — and energy specialists are concerned.

It costs $3000 to $7000 to produce one Bitcoin. This includes energy and hardware expenses.

But the problem isn’t Bitcoin. It’s the process known as proof of work: the mathematical calculations that machines have to perform.

Currently, 16.8 million Bitcoins have been mined, but the number of Bitcoins awarded at each block verification get halved every four years: In 2012, it was 24 blocks and now it is 12. This means it will be a long time before all Bitcoins are mined, and as the number of miners grows, the system becomes more complicated. In short, energy consumption will only increase.

Nadine Damplon, the co-founder of HydroMiner — which uses hydroelectric power to mine cryptocurrency — thinks machines could become more energy efficient as they evolve. But experts argue that mining softwares already use specialized equipment. The application-specific integrated circuit chips (ASICs) are a hundred times more efficient than previously used CPUs and GPUs. No energy efficiency has been recorded, and that is not expected to change.

Even if renewable sources could be used, the proof of work would demand more solar panels with time.

Alternatives have been proposed to this chaos of math. The first is known as proof of stake.

This will only allow owners of large amounts of cryptocurrency to mine further. Another is known as proof of burn. This will render useless a specific amount of Bitcoins at specific time intervals by sending them to a far off wallet. 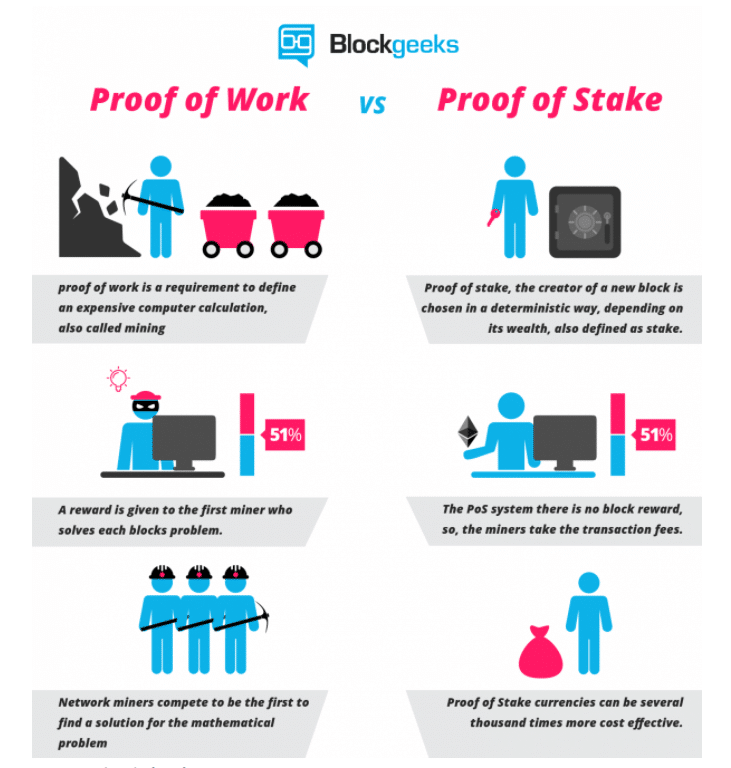 Alex de Vries, who published a research about the impact of Bitcoin mining on energy consumption, declared that the Bitcoin would become 99.9% more efficient if they got rid of the math.

Cryptocurrency could be forked into gold standard and cash. This would allow these changes to be implemented without affecting stability.

If a sustainable solution is not sought, the energy crisis will only grow worse.