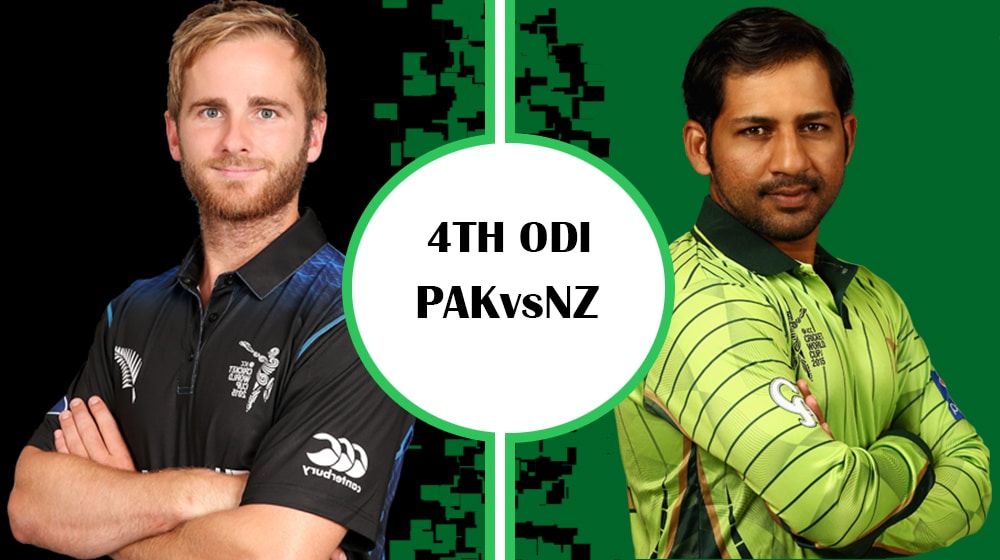 With 3-0 down, Pakistan will look to salvage their crushing defeat in the 3rd ODI. Having been bowled out for 74 in a 183 run defeat, Pakistan has set a new low for themselves.

New Zealand, on the other hand, will be looking for yet another whitewash after hammering the West Indies team across all formats in the recently concluded series.

Venue: The fourth match will be played at Seddon Park, Hamilton. The ground will offer plenty of runs considering the size of the stadium, however, the overcast conditions might help the fast bowlers early in the innings.

New Zealand is the firm favorite for the fourth encounter considering the form they’re in. Colin de Grandhomme might get a chance to feature in the eleven for the first time in the series, however, New Zealand would like to continue with the winning combination.

Pakistan will look for redemption after three consecutive losses. A win, even at this stage, will get the tail up for Pakistanis who’re in dire need of a victory. Imam-ul-Haq might get a spot in place of Azhar Ali, while Aamer Yamin might also be included in the XI. Muhammad Hafeez or Shoaib Malik might make space for the young Haris Sohail.

New Zealand is hard to beat at their home turf, which is evident from the fact that Pakistan hasn’t defeated the Kiwis since 2011. In the last five encounters between the two, New Zealand has won 4 with one match washed away.

New Zealand is in red-hot form, winning 10 matches on the trot, while Pakistan will be looking to end their losing streak in New Zealand.

The last battle is scheduled on Friday 19 January at Basin Reserve, Wellington. The three-match T20I series will start on Monday 22 January.