Stocks experience highs and lows, ending on a positive note.

Investors at Pakistan Stock Exchange (PSX) turned a blind eye to protestors taking to the streets in Lahore, as the the PAT ended the protest in given time. The indices continued their bullish drive uphill as the market saw rollercoaster ride during the intraday trading today. 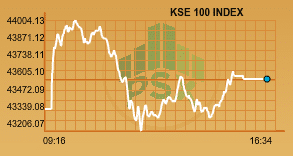 The market saw an intraday high of more than 640 points as investors celebrated the end of the protests in Lahore. At the midday, all the day’s gain were wiped off over and Investors opted profit taking and some pressure was seen after the recent Imran Khan’s tweet regarding a press conference in which will be making explosive revelations.

And after that the market saw decline of more than – 800 points as all the day gains were wiped off but the market closed in the strong position, in the green zone.

Volumes came back to normal as all shares index had a traded volume of 268.45 million shares today. Overall, stocks of 374 companies were traded on the exchange, of which 217 gained in value, 148 declined and 9 remained unchanged. In KSE 100, 124.53 million shares were traded with a net worth of just Rs. 11.03 billion. 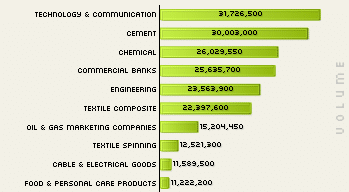 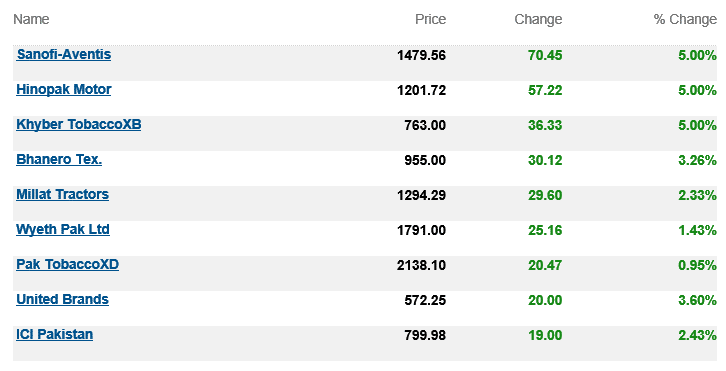 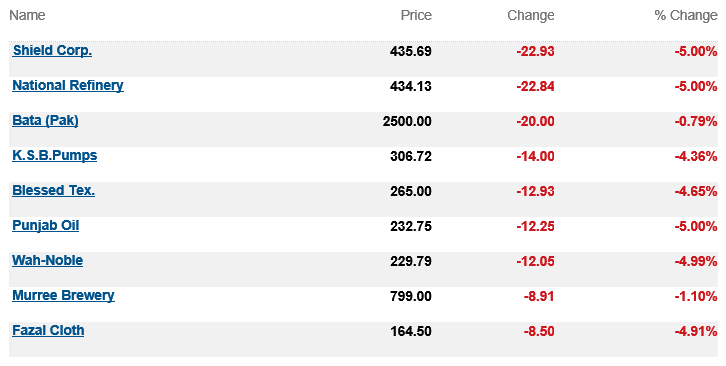