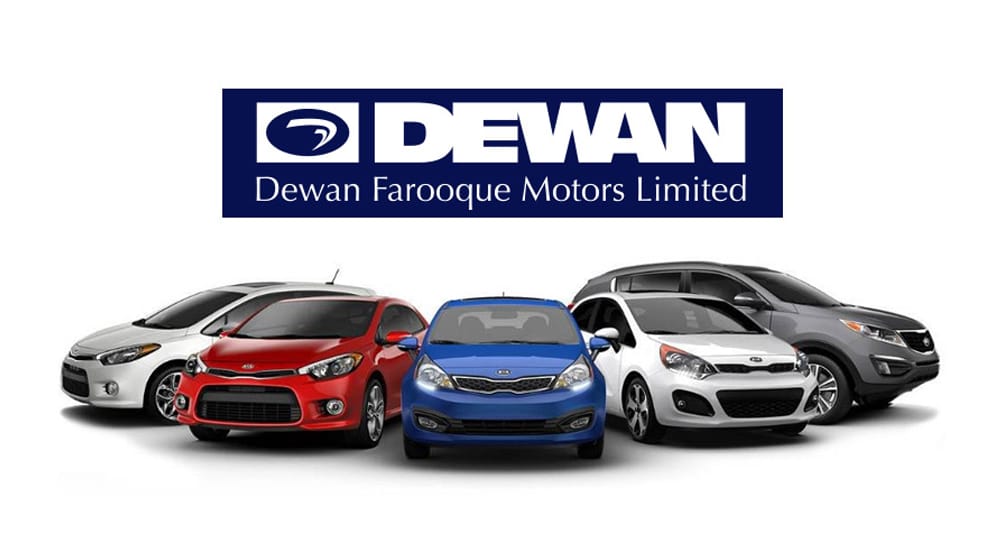 In a notification to the PSX, Dewan Farooque Motors Limited announced that it has been granted Brownfield status by Engineering Development Board (EDB) and is expected to commence production by end of February 2018.

Dewan Farooque Motors Limited (DFML) had posted a loss after taxation of Rs. 12.36 million for the year ended June 30 2017, compared with a loss of Rs. 43 million in the same period of the previous year.

The loss decreased by 71.28% as compared to last year’s loss.

Dewan Farooque Motors Limited is a Pakistan-based automobile company. The company is engaged in the assembling, progressive manufacturing and selling of vehicles in Pakistan. Dewan Motors’ plant has a capacity of 10,000 units on a single shift basis.

Dewan Farooque Motors Limited is a Yousaf Dewan Motors (YDM) company which owns and manages a host of listed, unlisted and private companies.

YDM maintains strategic relationships with renowned international giants that include: BMW Group of Germany, Mitsubishi Corporation and Mitsubishi Motors of Japan and a Korean Chemical Company.