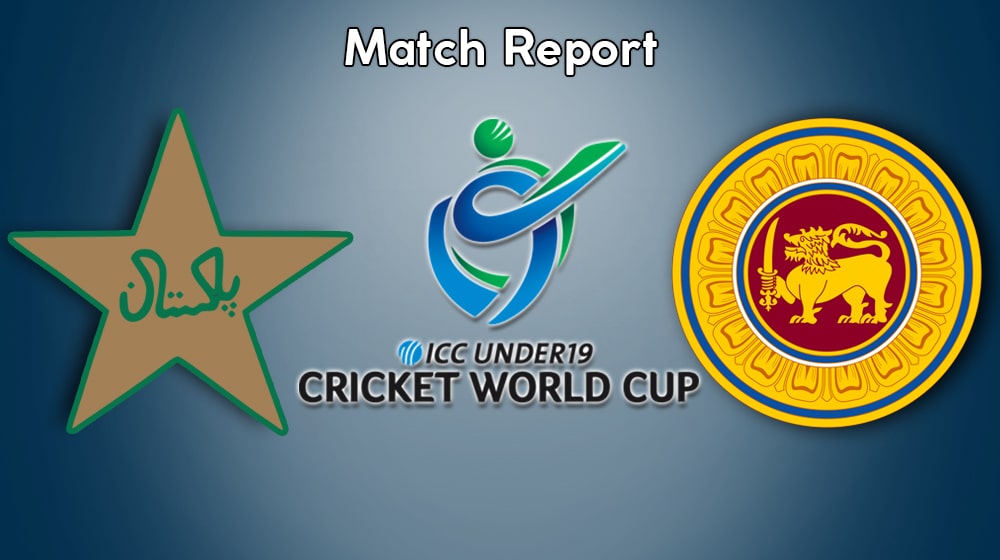 Pakistan U-19 cricket team’s campaign is back on track with a win against Sri Lanka U-19 by 3 wickets. A collective effort from the team made sure they got over the line to qualify for the quarter-final.

The win has now taken the team to the top spot in Group D with a net run rate of 1.404, however, the spot is likely to be grabbed by the unbeaten Afghanistan U-19 who will be playing their last game against Ireland U-19 on Saturday.

Pakistani bowling attack, led by the left arm pacer Shaheen Afridi, made sure they kept taking wickets to restrict the opposition to 188.

Arshad Iqbal removed the opener ND Perera, while Shaheen Afridi got the other opener D Lakshan when the scoreline read 2-37 in 12 overs. Others followed soon, the next three wickets fell in quick succession leaving Sri Lanka in tatters at 5-72.

JKC Daniel’s 53 and KNA Bandara’s 37 made sure Sri Lanka didn’t fold as Pakistan would want them to, taking the score to 188.

Suleman Shafqat sent 3 batsmen back to the pavilion while Shaheen Afridi scalped 2 Sri Lankan batsmen, helping their team bundle out the opposition in 48.2 overs. 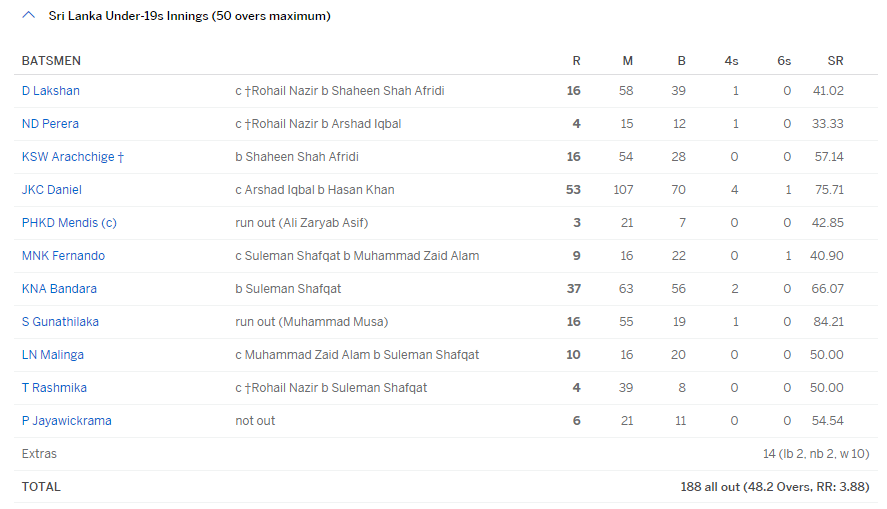 Pakistan’s innings was no different than Sri Lanka, with T Rashmika removing the first two wickets for just 25 runs. The partnership between Ali Zaryab Asif (59) and Muhammad Taha stabilized the innings, taking the score to 118 when Taha fell to S Gunathilaka.

Contributions from the captain Hasan Khan (24*) and Muhammad Musa (23*) took the team over the line by 3 wickets with 39 balls to spare.

T Rashmika was the pick of the bowlers, taking 3 wickets for 47 runs but his performance wasn’t enough to overcome Pakistan. 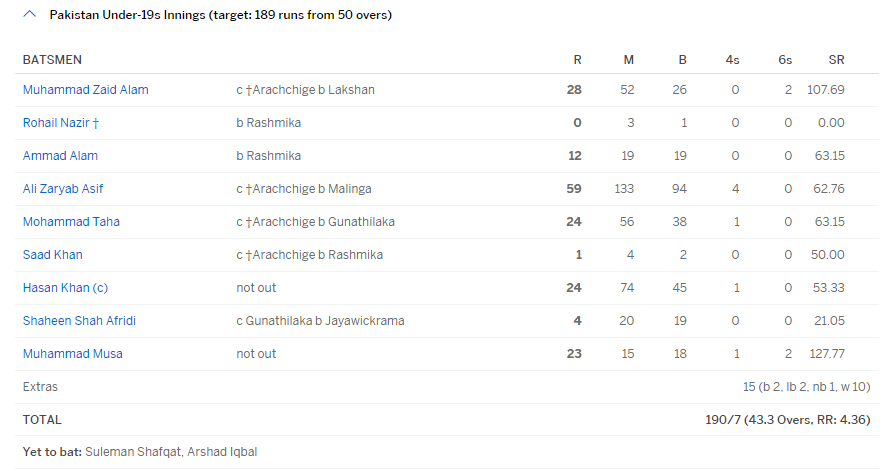 Ali Zaryab’s match-winning half-century earned him the Man of the Match award. Pakistan’s opposition for the quarter-final is yet to be decided.