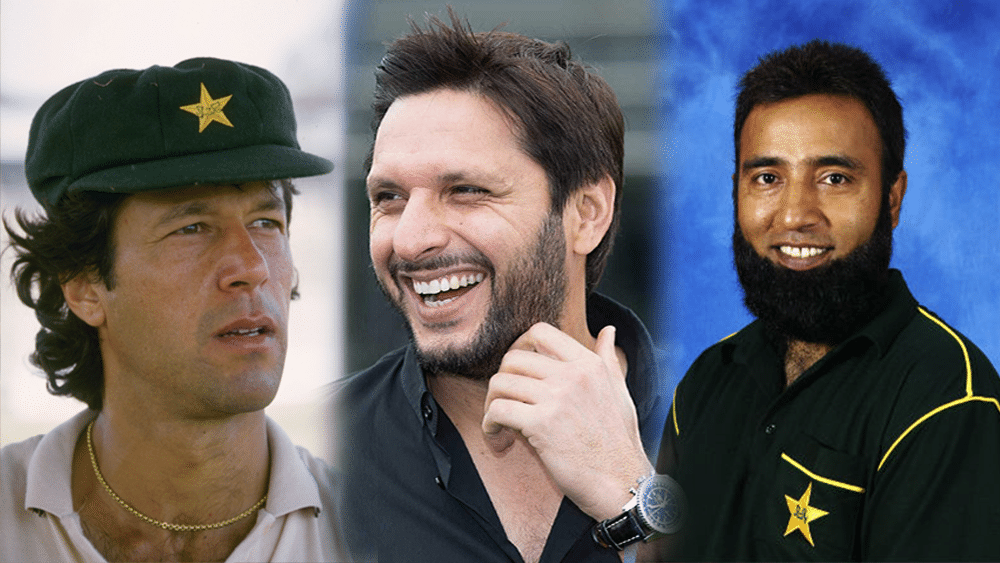 Talking to a local journalist, Waqar was asked about his favorite Pakistani players. The discussion carried forward and Waqar ended up selecting his best XI side.

Unsurprisingly, Waqar did not select a single player from the current generation.

1) Saeed Anwar has been given the opening responsibilities in Waqar’s ODI XI.

Anwar is one of the best openers Pakistan Cricket Team ever had. He played 247 One-Day Internationals and made 8824 runs at an average of 39.21.

Anwar scored 20 centuries in his tenure, which is more than any other Pakistan player.

2) Shahid Afridi was the second player picked by him.

Shahid Afridi is one of the most praised cricketers among Pakistanis. He has held the record for the fastest ODI hundred for more than 17 years.

Only in his second ODI against Sri Lanka in 1996, he blasted his way to a 37-ball century.

3) Mohammad Yousuf also made it to the team of Waqar Younis. The legendary batsman has over 16,000 international runs at an average over 40.

Inzamam is currently serving as the chief selector of Pakistan Cricket Team.

5) Javed Miandad has also been included by Younis in his team.

Miandad is known for his unconventional style of captaincy and batting. According to some international media channels, Miandad is “the greatest batsman Pakistan has ever produced”.

6) Moin Khan is behind the wickets in Younis’ team. The wicketkeeper-batsman took over 100 catches in Test cricket. He has scored over 3,000 ODI runs and taken over 200 catches in ODI cricket.

7) Imran Khan is the captain of this star-studded team of Younis. Khan is, to date, the only Pakistan captain to have won a World Cup.

The former first-class cricketer and philanthropist, Imran Khan, leads Pakistan Tehreek-e-Insaf these days and serves as a member of the National Assembly.

8) Abdul Razzaq has been named to the team as well. He played 265 ODIs and 46 Tests and is widely regarded as one of the best All-Rounders to have played for Pakistan.

9) Wasim Akram, one of the most feared bowlers, is also in the team of Waqar Younis. He is the second highest wicket-taker in ODIs with 502 scalps to his name. Wasim, Waqar duo is known as one of the top bowling pairs in cricket history.

10) Waqar Younis, who also named himself in his ODI XI, is the youngest player to take 400 wickets in ODI cricket. He is the current Fast Bowling Coach of the Kolkata Knight Riders in the Indian Premier League for 2018.

11) Saqlain Mushtaq was the last to be named in Younis’ ODI XI. Saqlain played 49 Test matches and 169 One Day Internationals (ODIs) and took 208 Test and 288 ODI wickets, respectively.

Widely regarded as one of the best spin bowlers ever in the history of cricket, Saqlain is best known for pioneering the ‘doosra’.