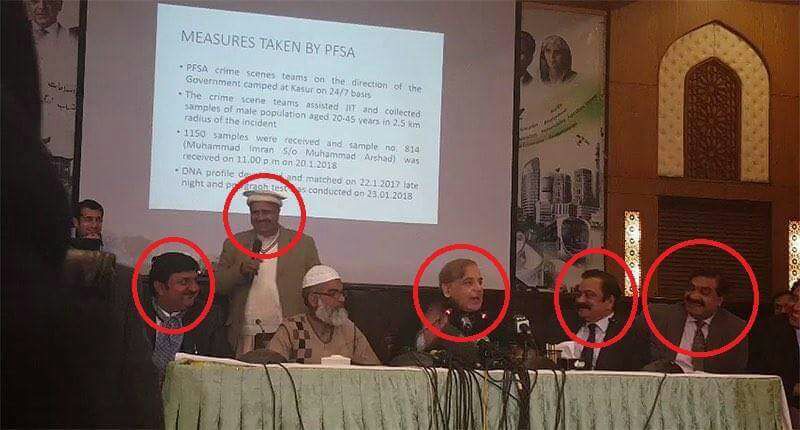 I still remember the dark day of December 16th, 2016. While there are numerous things about that day that still send shivers through my body and mind, one thing that I recall most clearly is that I didn’t see anyone around me smiling for days.

Then, a press conference was conducted which included politicians from almost every political party, basically to condemn the event and to announce the national action plan.

It was only in the press conference that I saw some smiling faces. Here’s the photo from the day: 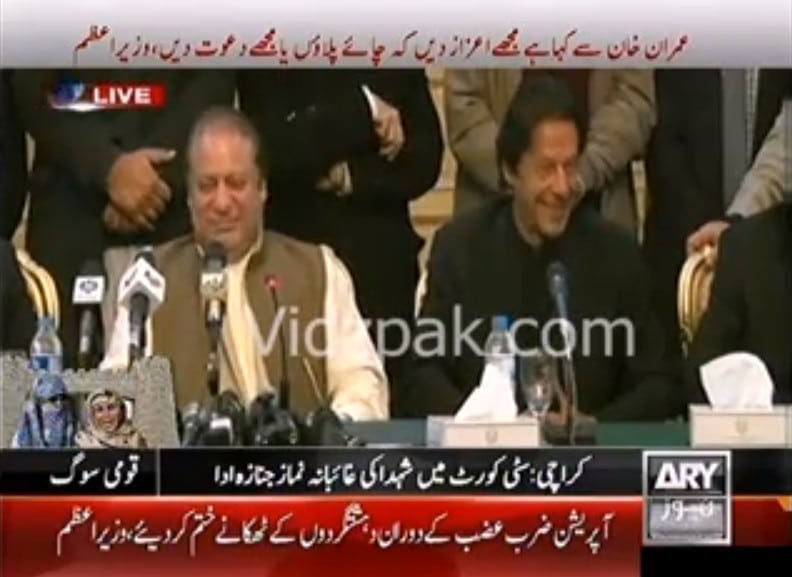 Zainab’s incident was an equally sad day for Pakistan. The entire nation was stunned at what happened to a sweet and innocent child.

Then, a press conference happened yesterday to announce the arrest of the main suspect in Zainab’s murder case.

Look at the picture:

You must have noticed the difference between smiling faces of politicians and government officials while Zainab’s father sat there with a stone face.

There isn’t much to be said about this incident. I just sat there in disbelief at the heartlessness of our supposed leaders. Time after time, they have shown they don’t care any of us but this has reached a new level this time.

I can’t say anything more about it.