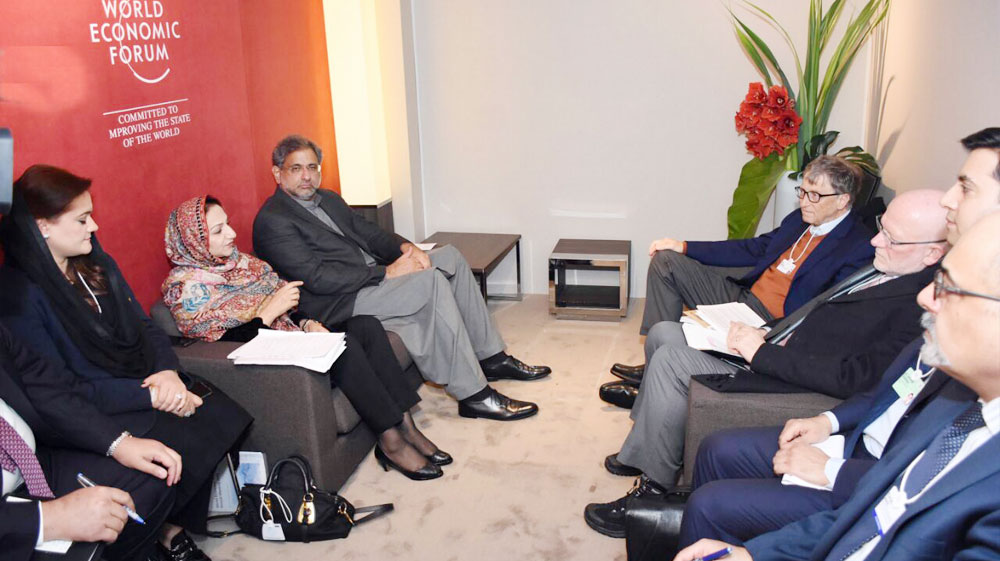 Prime Minister Shahid Khaqan Abbasi along with Anusha Rehman, Minister of IT and Telecom, is in Davos for the World Economic Forum these days.

In his meeting with Bill Gates, Prime Minister Abbasi discussed avenues of partnership in health, education and other social sectors. Small and Medium Enterprizes (SMEs) and empowerment of farmers through financial and digital inclusion were also discussed during the meeting.

We are focused on social sector reforms and the recent major initiatives of our government in health and education (sectors) would certainly benefit people in general and the poor and vulnerable in particular.

Mr. Gates appreciated the tremendous progress achieved in eradication of polio during the last four years and the understanding that all the stakeholders will make the final push to achieve the cherished goal of complete eradication of polio from the remaining parts of the country.

Meeting with CEO of Siemens AG

In his meeting with Mr. Joe Kaeser, CEO of Siemens AG, the Prime Minister appreciated the very long association of Siemens AG with Pakistan, particularly in the Power generation and distribution sectors.

Cooperation for advanced education and training opportunities of young Pakistani engineers in the field of electrical engineering, seismic data processing and research & development (R&D) were discussed during the meeting.

The Prime Minister invited CEO Siemens to consider establishment of an R&D center in Pakistan and committed full government support and facilitation in this regard.

The Prime Minister informed the CEO of Siemens of the vast opportunities emerging out of massive infrastructure and energy development during last four years and invited to help Pakistan in digitizing the Power generation, transmission and consumption data as well as Gas transportation and compression data which can bring a lot more transparency into the system.

CEO Siemens offered to bring in an integrated technology, training, HR Development and financing solutions for both Power and Gas sectors and also to further strengthen their presence in Health and Education sectors.

Siemens AG is a global powerhouse in electrical engineering and electronics and it was incorporated in Pakistan in 1953. Currently, Siemens is providing machinery and equipment for the 1263 MW Jhang Power Plant and has recently won the Jamshoro Coal turbine contract.

Meeting with CEO of Uber 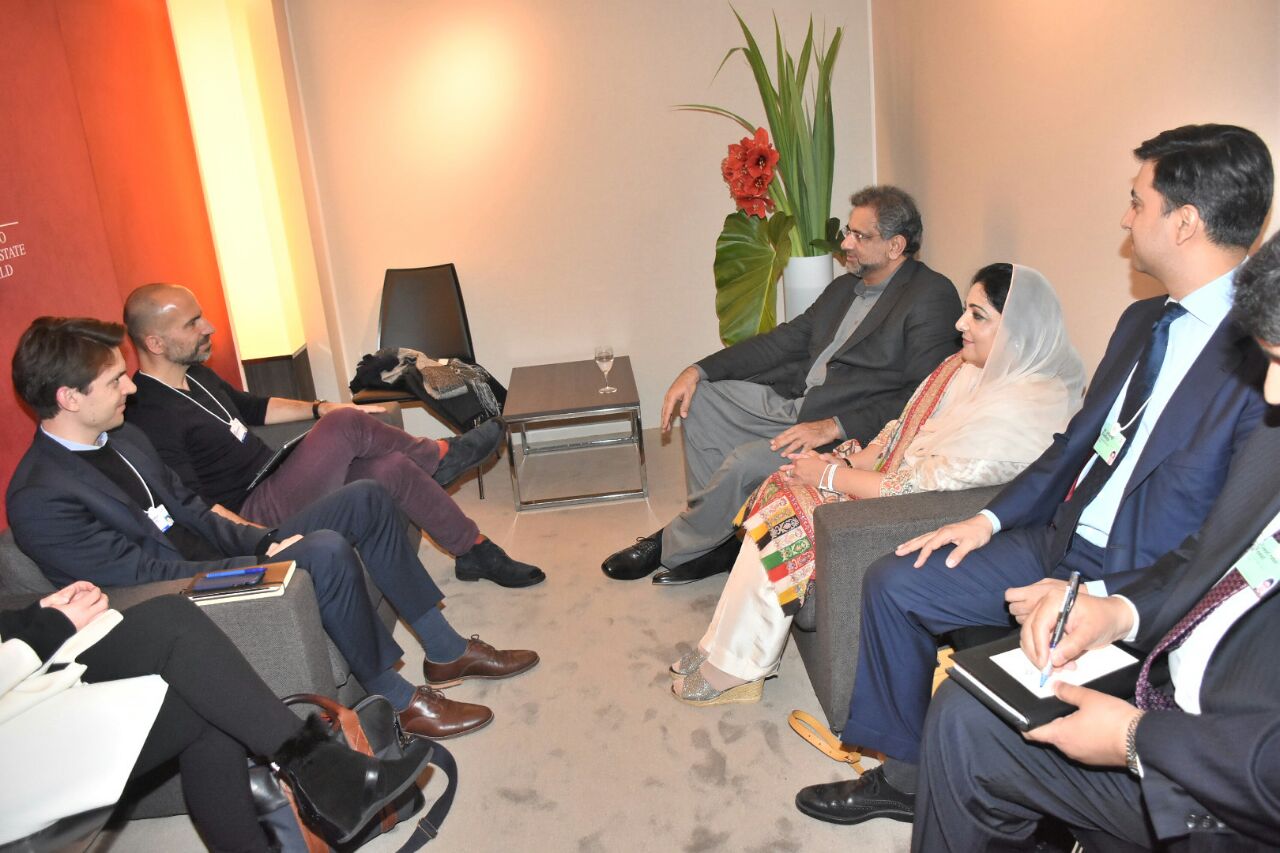 Avenues and opportunities regarding effective participation by Uber in Pakistan’s economy in a meaningful manner were also discussed during the meeting.

Uber Technologies Inc. is a global technology company, operational in 633 cities. It launched operations in Pakistan in March 2016 and is operational in 7 cities, providing income to 63,000 drivers, servicing 1.27 million riders in the country.