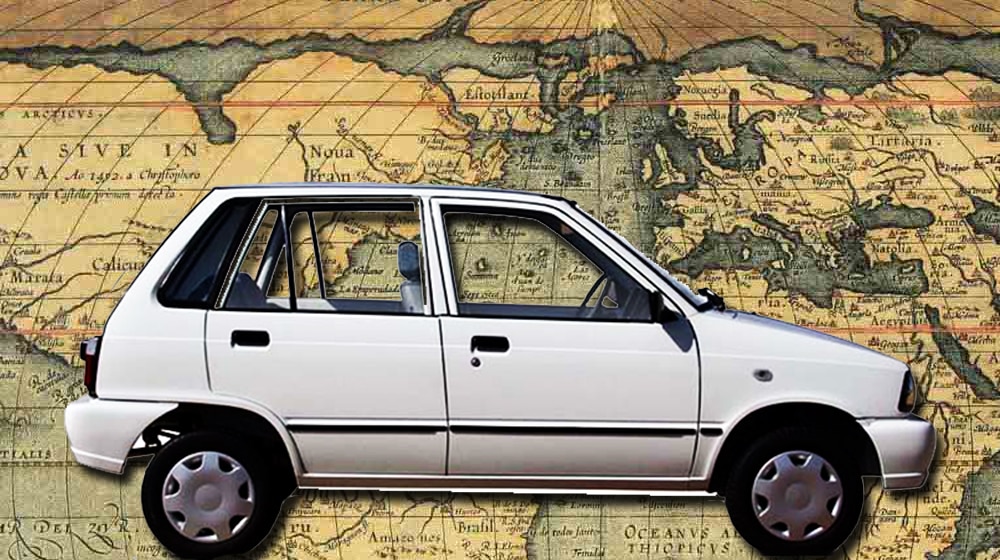 Pakistan has a love-hate relationship with the Suzuki Mehran. We like to talk about how terrible it is but keep buying it in record numbers at the same time.

Maybe that’s because in our country, a car brand’s popularity and success does not really depend on its modernness, innovative capacity, equity, even its supposed potential to outclass competition. All that seems to matter is parts availability and resale value.

This ‘King of Mehrans’ Has A Turbo Charger, Cruise Control and More

The Suzuki Mehran has been the most popular car in Pakistan ever since it entered the market. It’s amazing how it has managed to stay at the top for so many years. Part of it is due to the monopoly automakers have traditionally enjoyed in Pakistan.

We’re only just seeing more manufacturers enter Pakistan even though it has been an attractive market for years. And it’s about time – since cars here are sold with sparse feature sets at high prices. And none exemplifies it better than the Suzuki Mehran.

Mehran is a globally obsolete car. It was retired more than 2 decades ago and the only country producing it in 2018 is Pakistan. Why is it still sold and produced? Why has it never received an update? Let’s take a look at the story behind our ‘national’ car: Suzuki Mehran.

Mehran is actually a ripped-off ‘variant’ of the Suzuki Alto. You might be familiar with it, specifically the imported Japanese one which is pretty popular these days.

Suzuki launched the first generation Alto back in 1979. Being a part of kei cars, the Alto was supposed to provide greater fuel economy and a low retail price. This is what it looked like back then: 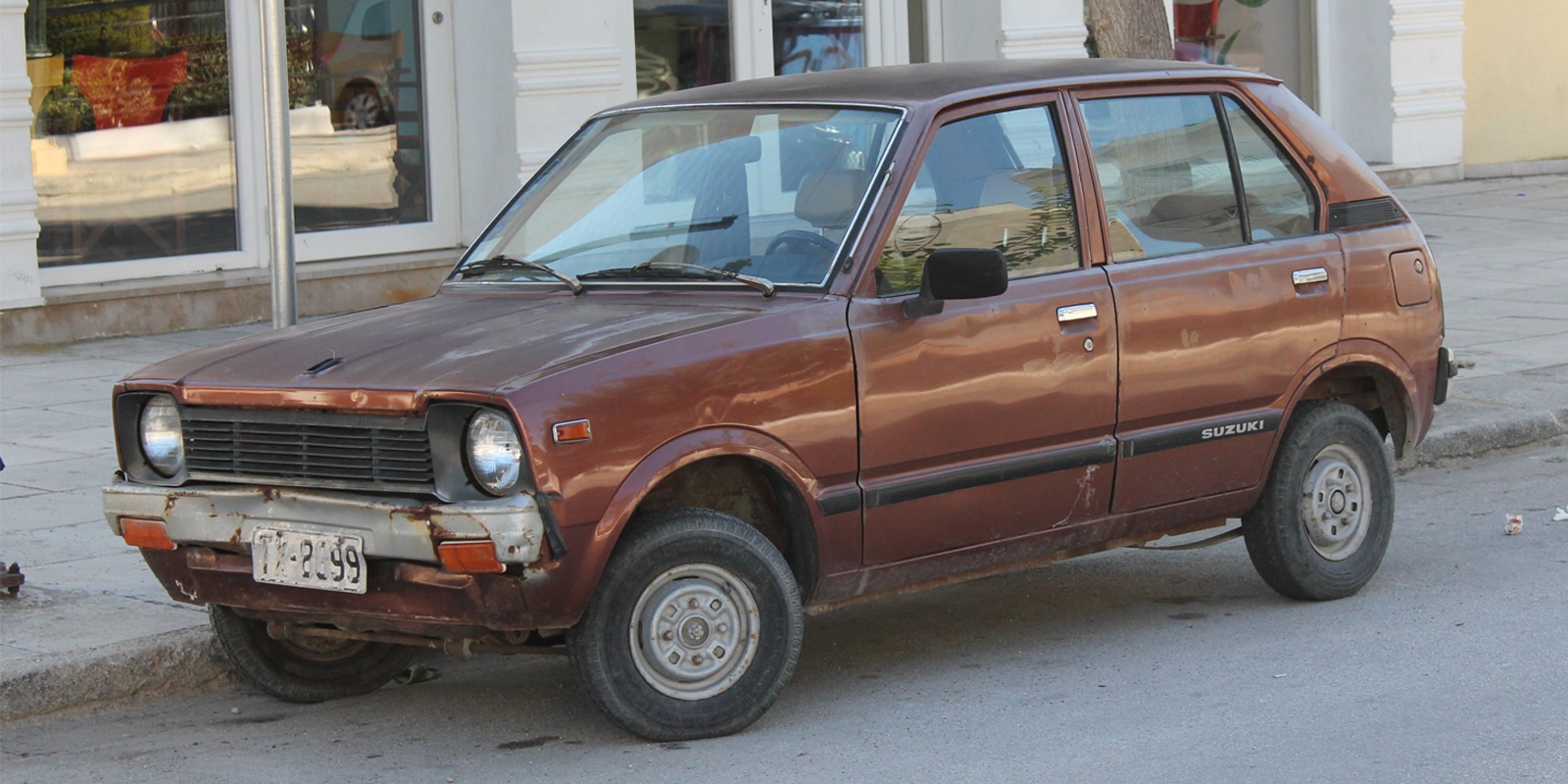 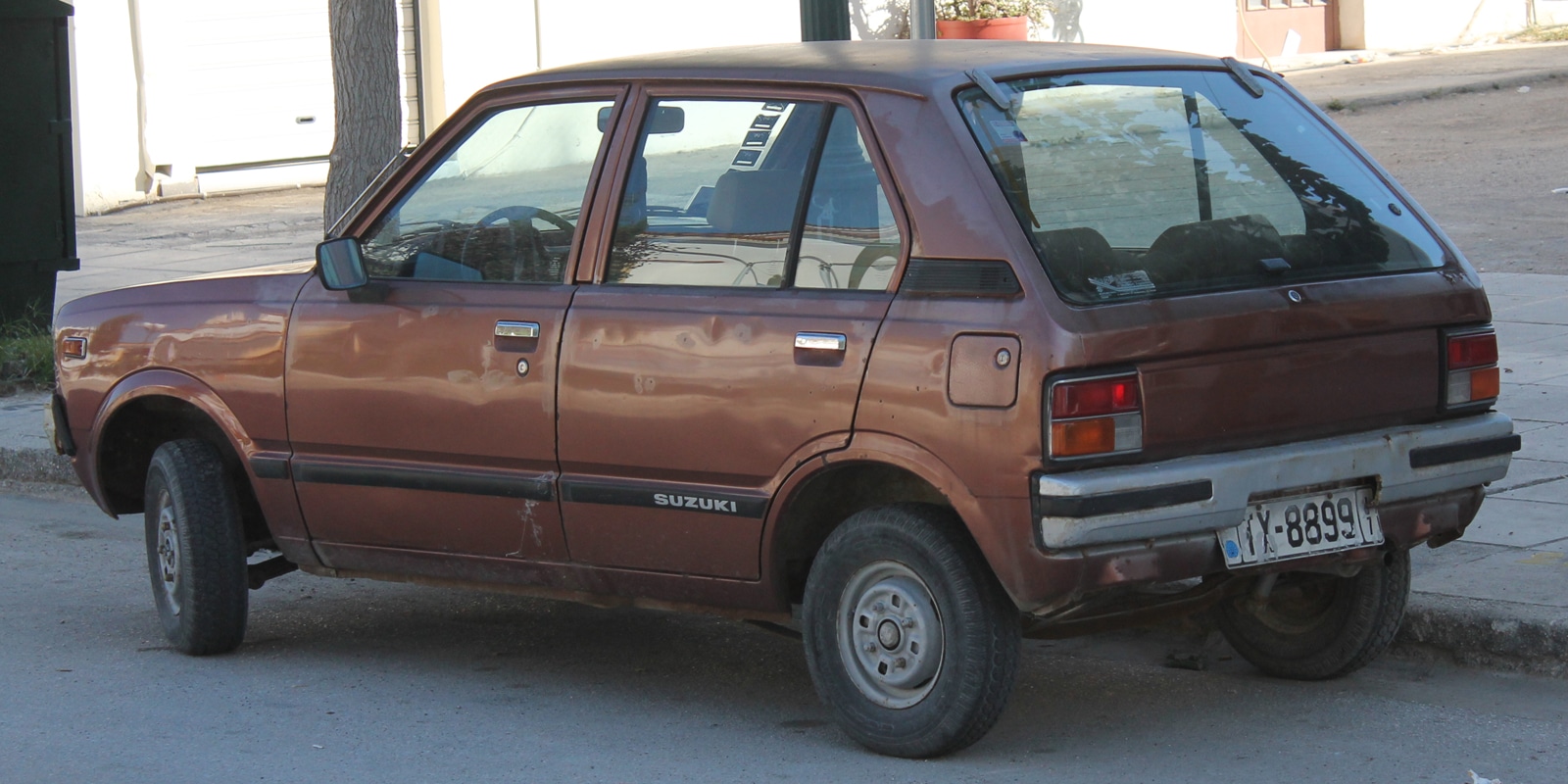 Seems familiar? You guessed it, this variant was marketed as Suzuki FX in Pakistan and was priduced between 1982 and 1988. Do note that its production halted and it was replaced by its second generation in 1984 internationally. Even then, it came with better optional features than the current Mehran such as a 660 cc efficient engine and an automatic transmission.

The first-gen Alto, or the Suzuki FX in Pakistan, was replaced by the second-gen Alto (or Mehran) in 1989.

In September 1984, Suzuki updated the design of the Alto and also introduced some performance options and shortly became available with multi-valve and turbocharged engines. Another all-wheel drive variant was released as well in 1984 which was dubbed the CC71. 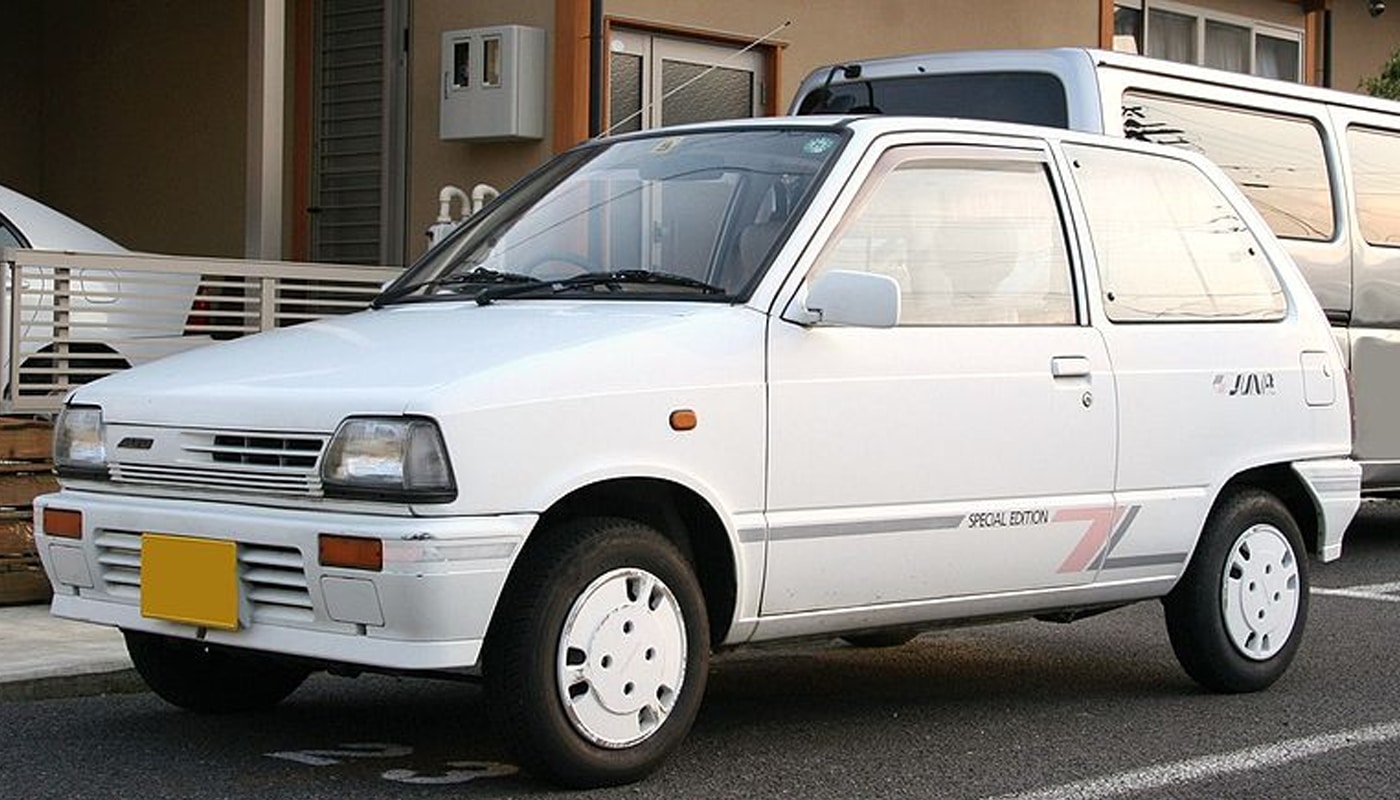 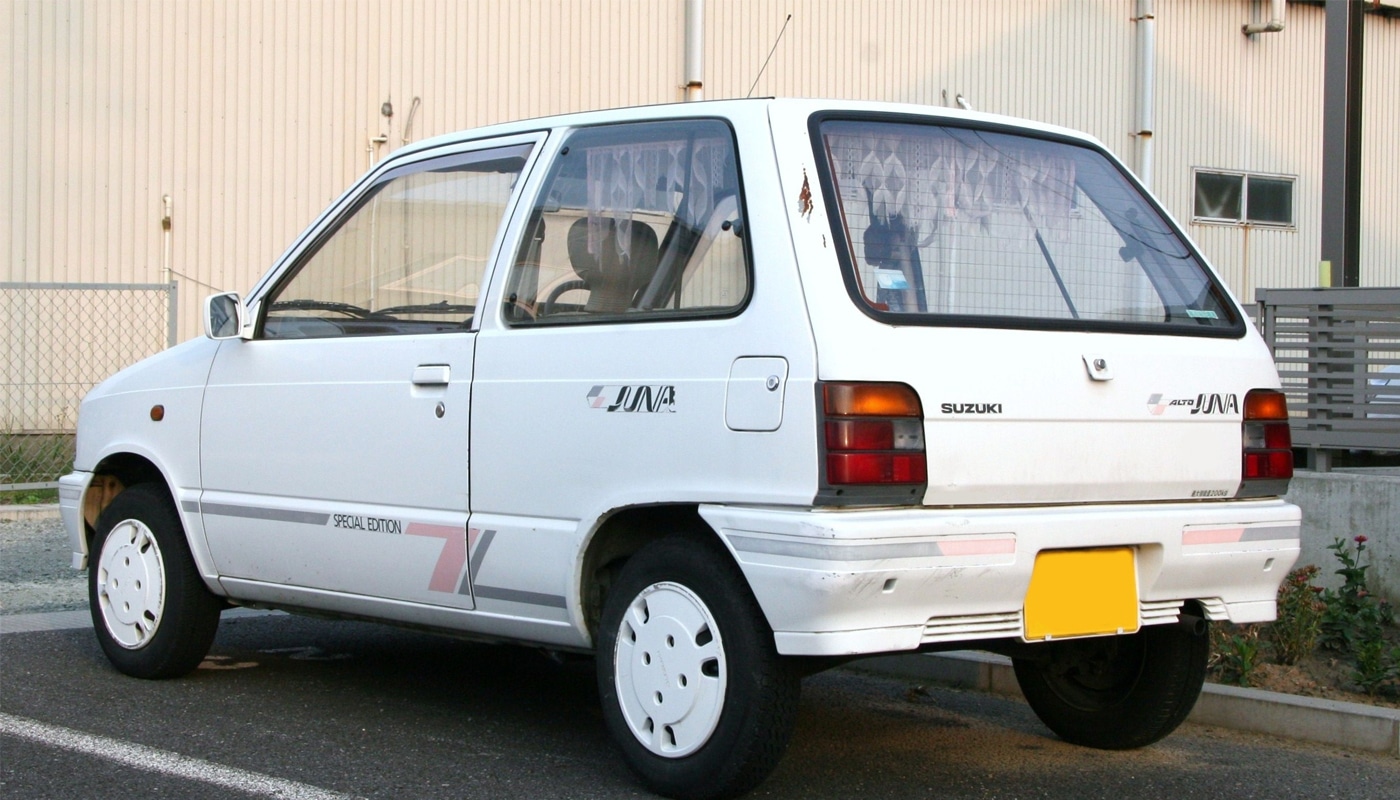 Notice that it was initially launched as a 3-door hatchback and Suzuki made a 5-door version later. This particular generation was globally popular and considered a very economical car. The international version had a 660 cc engine which met Japanese emission standards and also delivered great fuel economy.

In Europe, however, a 796 cc Alto was available in either two-speed automatic or 4-speed manual transmission, this model was dubbed CA/CB91 – this exact model has been downgraded even further and has been sold in Pakistan ever since.

A Guide To Buying A Second Hand Car In Pakistan

Pak Suzuki relaunched the second generation Suzuki Alto as the Mehran for Rs. 90,000 and it quickly became a top selling model. Since then, the Mehran has been stuck in the 90s while the Suzuki Alto range kept improving in both design and features.

Here’s how the Alto changed over the past two decades:

The Mehran costs Rs. 6 – 7.5 lacs right now and lacks basic safety features such as airbags and ABS. It does not even have a rear window defogger. Disconcertingly, the base model does not have an air-conditioning system and you have to pay more – in addition to the inflated base price – to get a substandard air conditioning system.

How to Improve Your Car’s Mileage [Guide]

The suspension system is a leaf sprung axle which is cheap and obsolete – modern cars come with shock absorbers. Pak Suzuki changed a few things such as the Mehran’s lights and bumpers. They also added a Euro-II engine to make the car more efficient in order to meet Pakistan’s emission standards.

Let’s hope Renault, KIA, and Hyundai bring some change to the auto-sector along with newer, better-looking cars to Pakistani roads. Mehran should have been discontinued long ago but to be honest, people should go for better options instead of paying such a hefty amount for an obsolete car.

It’s true that there aren’t many options available in this price range but it’s still better to import a cheap kei car instead of opting for a Mehran for things like resale value and cheaper parts.