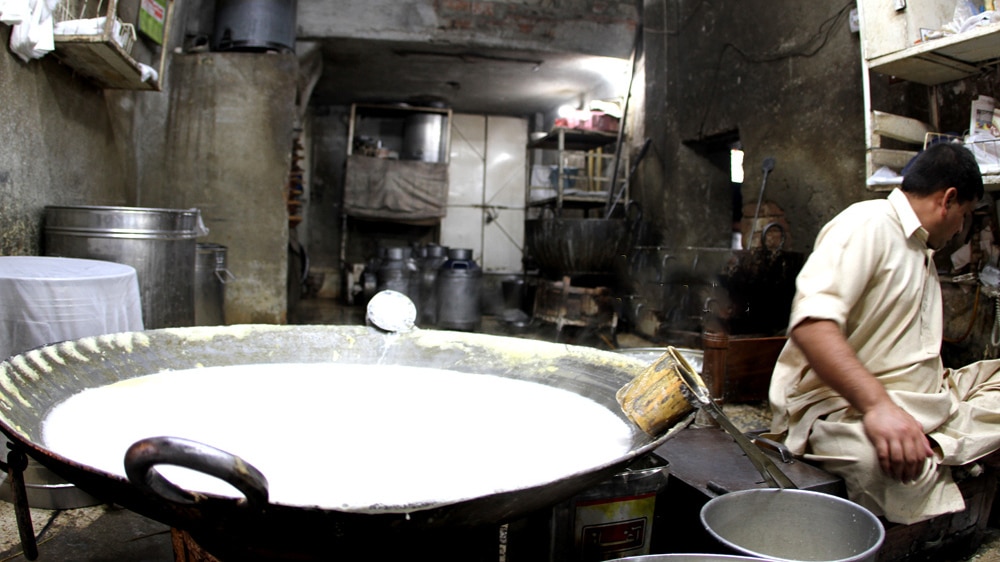 Residents of Karachi should be prepared to face a shortage of fresh milk and related products as the Dairy Farmers Association has demanded an immediate increase in milk prices.

Haji Sakinder Nagori, President Dairy Farmers Association, in a media brief at the Karachi Press Club, announced that milk production has decreased. Because of this, prices must go up for milk producers to keep up their margins.

Haji Sikander said that due to the ban on hormone injections on milk-producing livestock, milk production went down by 30%. He said:

At this point in time the total production of milk has gone down to 5.2 million liters, leaving farmers under heavy debts.

The President of the Dairy Farmers Association said that an immediate increase in milk price is needed and that Government must form a committee to review its pricing.

He demanded that new prices should get implemented before February 1st, 2018.

Haji said that animal feed has gotten expensive along with the cost of other utilities after the recent devaluation of Pakistani rupee. He further said that an unfair procedure has been in place to fix the milk price that must change now.

“We are going to announce a future course of action if our demands are not fulfilled within 24 hours,” Haji added.