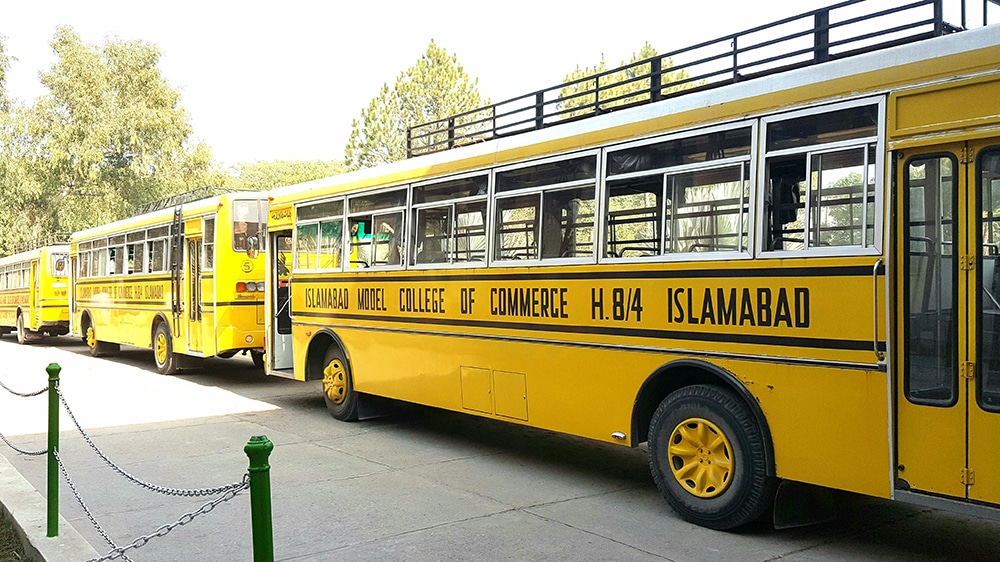 Only 70 buses have been provided in two years.

The government has failed to provide transportation facilities to 423 educational institutes.

On December 11, 2015, ex-PM Nawaz Sharif had announced that 200 news buses would be provided to schools and colleges in Islamabad Capital Territory (ICT).

He had also announced that all the educational institutions in the capital would be upgraded and equipped with state-of-the-art facilities.

However, the government has only provided 70 buses in two years.

The government has no resources to run 70 buses so it’s a distant dream that they’ll provide 130 more buses to the educational institutes.

He added that such statements by the government are made just to receive endorsements because the reality is entirely opposite and there are no funds available for this project at all.

The drivers are leaving their jobs because they are being paid a mere Rs. 15,000, which is not even sufficient to feed them.

He said that the government didn’t do any homework before proposing the plan resulting in them being unable to complete it.

The official further remarked that the drivers can earn significantly more by driving a taxi so it made little sense for them to opt for a lower paying and more hectic job.

FDE DG Hasnat Qureshi, in a reply to a local news channel, said that the contract was being awarded to the Isuzu for the remaining 130 buses after completion of formalities, which he said stood lowest in their tender.

He added that the delivery, however, would take three to four months.

Drivers salary is certainly very low, and a summary has been sent to the PM for raising their salary to Rs. 25,000.

Qureshi maintained that all buses were fully operational and funds were being provided regularly for the fuel.