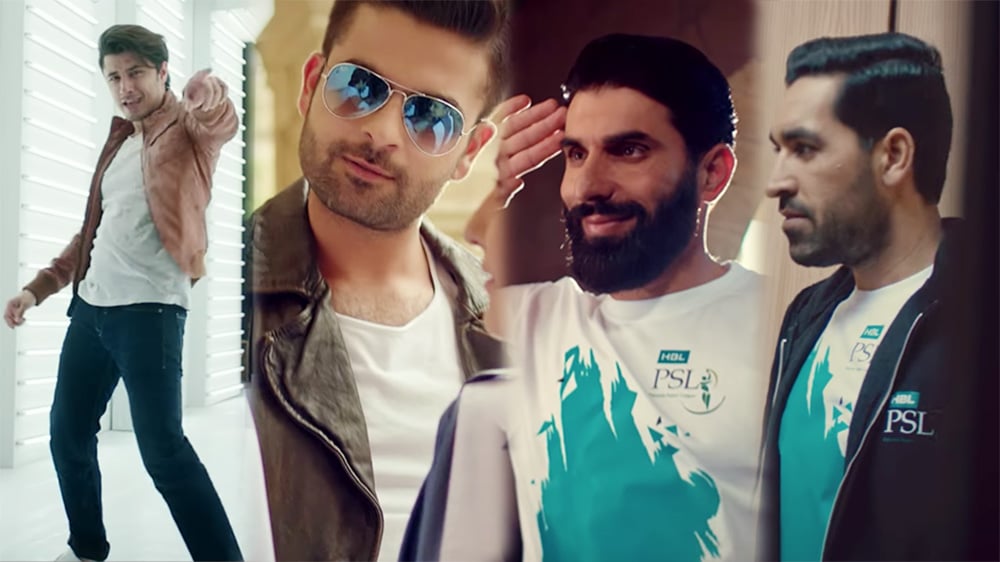 Pakistan Super League (PSL) third edition is just around the corner and everyone is eagerly waiting for the action to begin.

This year’s event promises to be bigger, better and far more glamorous as compared to the previous years.

As the event is drawing close, we’re seeing more and more adverts of the PSL and the biggest anthem of the year – PSL 3 Anthem by the rockstar Ali Zafar titled Dil Se Jaan Laga De – has been released and it definitely grows on you.

Ali Zafar also composed and sung the PSL anthems for the first two editions of the tournament; Ab Khel Kay Dikha and Ab Khel Jamay Ga respectively. Both the anthems proved to be absolute hits as millions heard the song on YouTube and other social media platforms.

The latest version of the song features all the big names in Pakistan cricket including Misbah-ul-Haq, Shahid Afridi, Ramiz Raja, Ahmad Shahzad, Umar Gul, Shoaib Malik as well as the leading emerging players like Babar Azam, Rumman Raees, Usman Shinwari, Faheem Ashraf and a number of others as well.

The anthem is the continuation of the previous version, taking it up from where the leading singer left off. With so many stars featuring in the anthem, the song has made the nation even more enthusiastic.

To add icing to the cake, the song was released on the same day Pakistan regained their number one spot in ICC rankings.