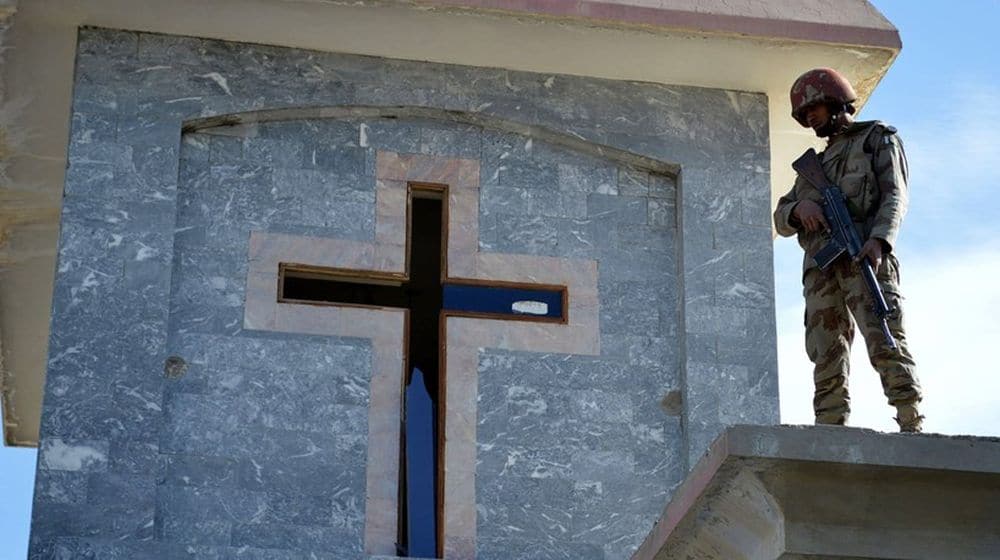 To protect minorities, Government of Balochistan has directed churches in the province to get licenses for weapons.

Government of Balochistan has given churches in the province permission to get weapon licences. Special training under Civil Defense Directorate will also be given to the security volunteers nominated by churches. This is a major step by the Balochistan government for the protection of minorities in the province after the attack of December 17 on a church.

A meeting was held between police, government officials and Implementation Minority Rights Forum (IMRF) in which all above notices were issued. Furthermore the government also released Rs 26.4 million for the victims of Bethel Memorial Methodist Church attack.

As per the Federal Ministry for Religious Affairs and Interfaith Harmony, government will also release Rs 5 million to assist in revamping the church building damaged during the attack.

The Balochistan Home Department will issue weapon licenses in the name of the churches. This will further enable a special force of volunteers to assist local police when services are held. We will form a committee to monitor these developments and settle the problems of those affected.

Pastor of the affected church, Simon Bashir, while visiting an injured girl in Karachi hospital, said;

We are literally running after patients in different hospitals. People, not buildings, are our priority at present. [The victims] are not satisfied with the treatment at government hospitals. At least four patients sustained injuries to their groins and require urgent surgery. One 30-year-old woman suffered amnesia due to a traumatic head injury.

The pastor also raised his concerns about a fraudulent individual collecting donations in the name of church attack victims. Simon Bashir said;

I have received calls from an embassy in Islamabad about a Christian lawmaker who is collecting funds in our name. However I haven’t recommended or authorized anyone to do this. Such acts of corruption in the name of those who are suffering is despicable.

9 people were killed and another 30 injured during the deadly attack when armed men opened fire on the church in Quetta.