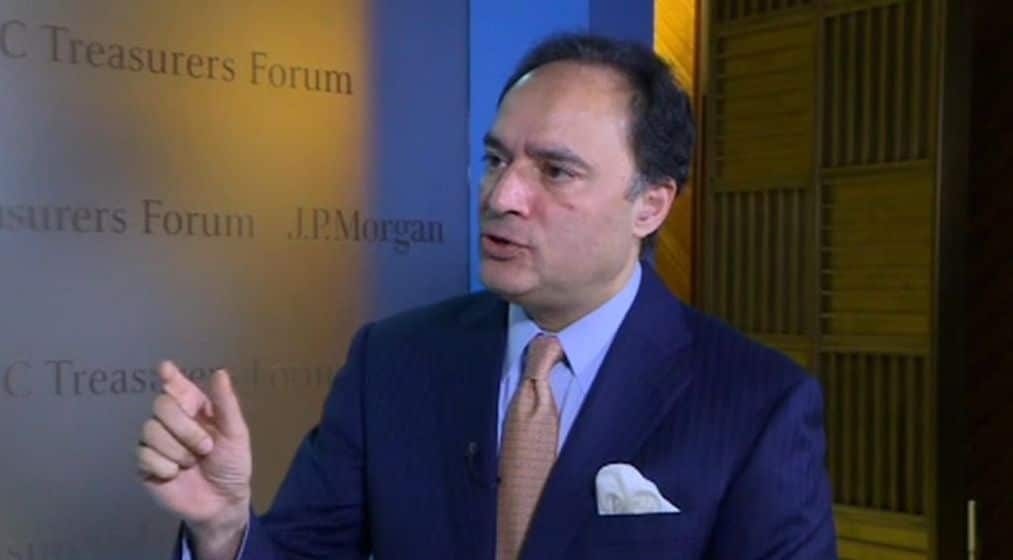 Habib Bank Limited (HBL) has made an appointment of Muhammad Aurangzeb as President and CEO of the bank.

Muhammad Aurangzeb is a respected and seasoned banker with more than 30 years of diverse experience in leading global banks from Pakistan and other countries. He is currently the CEO of Global Corporate Bank, Asia Pacific at JP Morgan.

He started his career with Citibank, first in Pakistan and later in New York. He then joined ABN AMRO Bank in a senior leadership role, rising to the position of Country Manager in Pakistan.

He has since held senior-level regional and global positions in ABN AMRO Amsterdam, RBS Singapore and, since 2011, with JP Morgan.

Mr. Aurangzeb is a graduate of the Wharton School, University of Pennsylvania. He received a bachelor’s degree in Science and Economics as well as an MBA from the same university.

With the appointment of Muhammad Aurangzeb, HBL has become the only bank with renowned and senior bankers onboard.

Last year, the bank hired two former governors of SBP — Ashraf Mehmood Wathra as Senior Corporate Consultant on International Strategy and Operation and Syed Salim Raza as a director of the board.

Unfortunately, the board of directors failed to find a suitable full-time CEO of the bank and appointed Royomond Kotwal as the acting CEO and President of the bank, who is also the CFO of the bank.

Experts claim that the bank is in this situation because it lost a talented banker, Sima Kamil, who is now the CEO and President of United Bank Limited.

It will be interesting to see how HBL plan’s to recover its status in the banking industry with this new leadership after the closure of a branch in New York along with a heavy penalty.