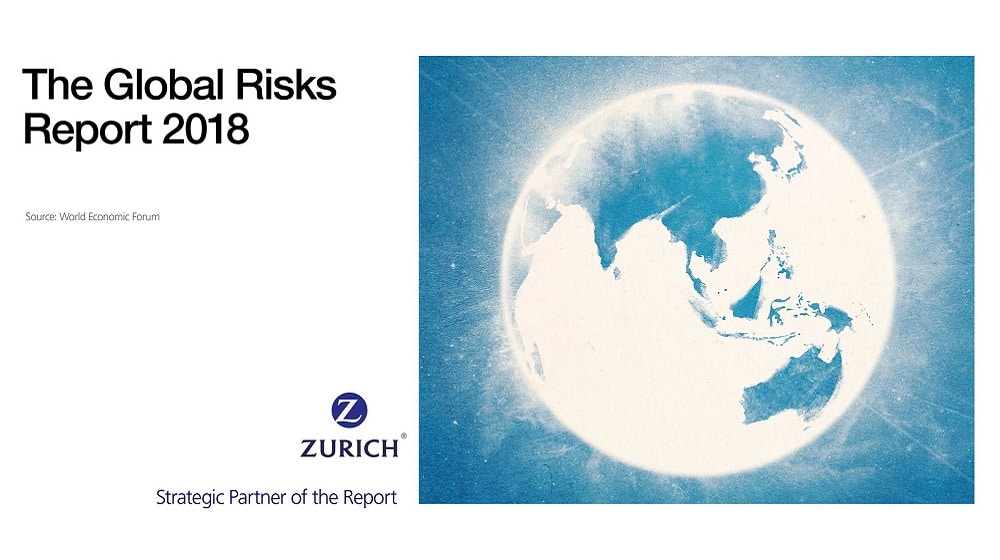 WEF Global Risks Report 2018 explains how the world is heading towards deterioration of environment, economy and empathy.

Ever since the 2008 financial crisis, risk prediction has been the trend. It is an effort at evaluating future shocks, in order to prepare in advance. The 2018 report of the World Economic Forum (WEF) has been published. It has made its statement: we are diving — head first — into an apocalypse. The world, if not stopped, will soon witness economic, environmental and empathetic ruin.

There are ten major shocks mentioned in WEF’s Global Risks Report. All of these are founded on concrete evidence.

Global warming has led to extreme weather conditions. Droughts, hurricanes, floods and rising sea levels suggest arid conditions and infertile land. This means that there would be an absence of plants. The rare crops that would survive would have low produce. Scarce food sources would be expensive, and the poor would starve.

The world’s food is traded and transported through a few major ‘choke points’. Any disruptions because of political debate in these areas would result in massive food crisis.

Algorithms Shut down the Internet

Scientists call low-level algorithms “AI weeds”. As mankind improves artificial intelligence (AI), it becomes reliant on code that writes its own code. The risks report suggests that it could become difficult to track and control these algorithms before long. Because these algorithms largely depend on the Internet, the situation could lead to a global Internet shutdown.

The solution is to develop governance structures and regulations for AI.

Global warming isn’t the only threat to marine life — it’s robot fishermen. Artificial intelligence could result in illegal fishing. Because fish extracted in this way would be expensive, it would only be available for the rich.

Oceans Will Run Out of Oxygen in 22 Years: Research

Drone fish-extractors could capture thousands of fish in a day. It could disturb the marine ecosystem and result in overall extinction of fish.

Israel’s Stuxnet virus marked the start of sixth generation warfare — and it is the most dangerous kind of all. Cyber warfare could cripple an entire state structure within minutes — seconds. As critical state infrastructure gets stored in digital files, wiping out the database of an entire country is remotely possible.

In 1995, Samuel P. Huntington wrote a book called The Clash of Civilizations. It predicts that future warfare would be based on identity rather than material wealth. Considering the growth of racial violence and religious hatred, the risks report enlists ‘identity war’ or ‘clash of civilizations’ possible in the near future.

According to social theory, human beings are likely to polarize into groups based on difference of opinion. At present, people are less empathetic towards different views. This creates a large number of hostile groups of people and poses a threat to democracy. The report identifies ‘social media’ as a cause of the problem.

The present world order is based on capitalism. A small number of corporations have centralized all of the world’s economy. A disruption in any of these corporations would overhaul the entire world. It would result in massive unemployment.

After Brexit and protectionist policies by Donald Trump, the end of world trade is a future risk. The institutions designed to resolve trade disputes have weakened. In fact, institutes designed to resolve all disputes have weakened. The global financial system is too centralized to remain stable for long. If the march against globalization continues, all of the world would run out of business.

Breakup of the Internet

The Internet is powerful. It provides jobs to millions. It inspires ideas. In 2011, the Internet aided one of the largest democratic revolts in history — the Arab Spring. If governments were to realize the potential of the Internet, the world would cease to exist as we know it. The Internet could be broken into state-centered networks. Every country would be an island to the rest of the world.

These rising risks can be met with proper preparation. However, they need immediate action.