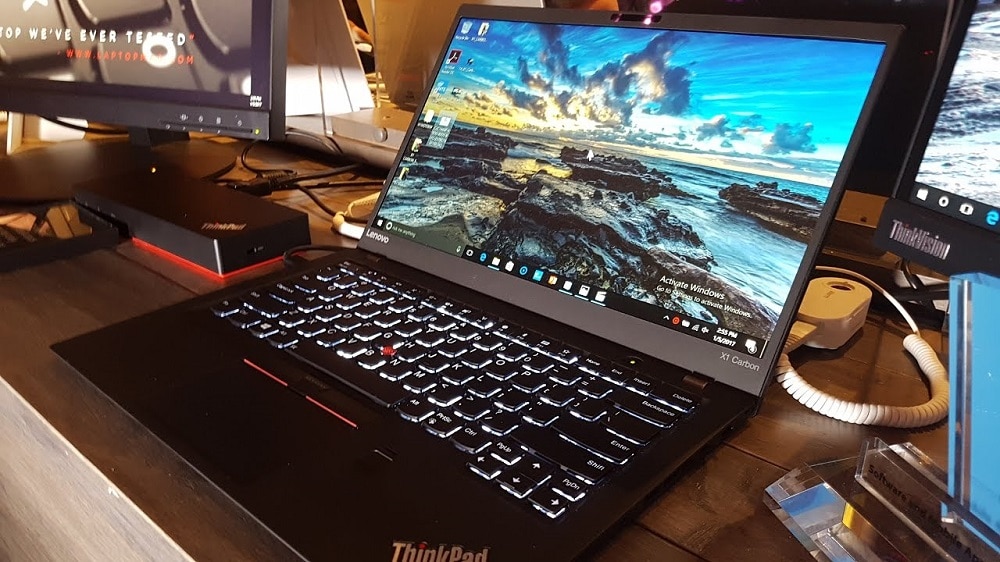 Lenovo’s flagship laptop series, ThinkPad, was recently discovered to have manufacturing defects. Specifically, ThinkPad X1 Carbons from 2016 and 2017 are faulty.

In a bid to protect users from potential injury, Lenovo is recalling 80,000 laptops from all around the world. The laptop in question, fifth-generation ThinkPad X1 Carbon, is one of the flagships in Lenovo’s lineup, and hence a major point of concern for the maker.

The issue arose after a “loose screw” was found in the construction of the laptop. In certain cases, this could cause the battery of the laptops to overheat and catch fire, which in all likelihood points towards a manufacturing defect.

The affected models include the ones manufactured back in 2016 and 2017. So far, there haven’t been any reports of users getting injured as a result of the unfastened screw, however Lenovo is still taking precautionary measures to prevent its high-end brand from receiving negative press.

Up to 78,000 of the machines were sold in the US, with the remaining going to Canada. Models sent to other regions, as well as those developed more recently, have been fixed beforehand.

Lenovo is helping out the users by giving them free diagnostics and repairs. Users can use this online tool to check whether their laptop is among those affected or not. The serial code and machine type codes can be found at the back of the laptop and used to verify your machine on the site. Lenovo hasn’t told exactly when your laptop will be back from repairs, however.

While not similar to the Note 7 incident we saw towards the end of 2016, the ThinkPad X1 Carbon is potentially a similarly-important machine in Lenovo’s portfolio, which is ranked among the top two biggest PC vendors in the industry.