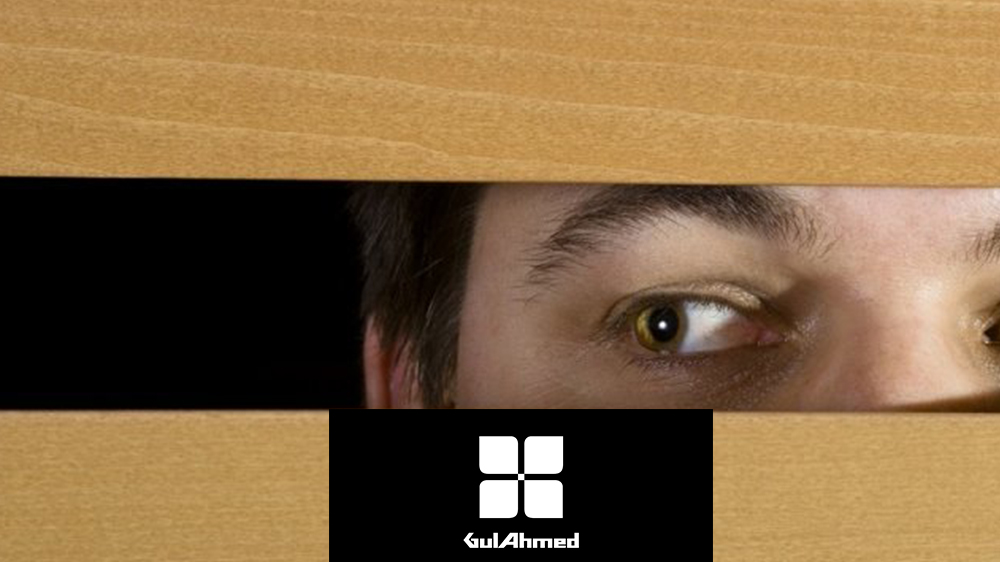 After Levi and other outlets in Faisalabad, another shocking incident at Karachi exposes an outlet belonging to a well-known brand.

A renowned clothes brand Gul Ahmed, found itself at the center of a controversy recently after one of its outlets in Karachi was caught violating customer privacy in changing rooms.

Strange movement was detected in the cupboard’s door in the changing room, which led the lady to sense all was not well. To her utter shock, she found a man inside the cupboard and proceeded to raise a hue and cry after the blatant invasion of privacy was discovered.

She called the staff, and ensured that everyone witnessed what happened to her. The guy in the hidden room was whisked away by the Manager and other staff, after assuring the lady that strict action will be taken against him.

When the manager returned later, the lady was told that the person she found in the room will be fired. That’s all that she was told.

Here’s how the whole ordeal unfolded, in her own words: 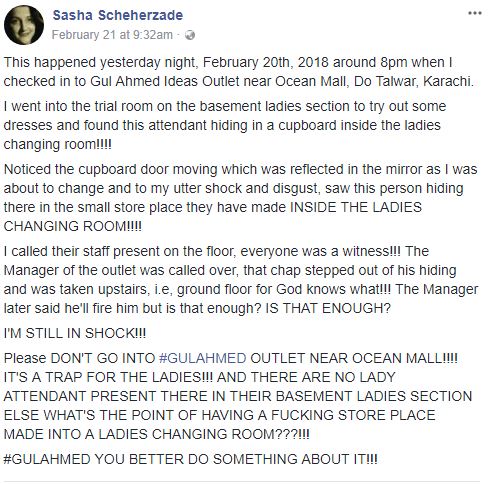 Lending further credence to her claim was this video:

Ms. Sasha’s post and the video about the store, both went viral, prompting Gul Ahmed’s official social media account to step in and apologize: 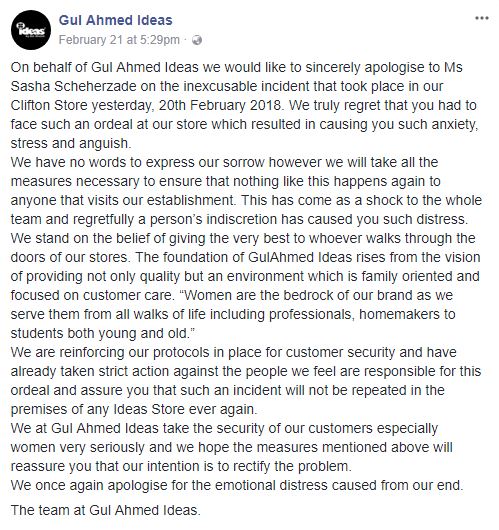 Not the First Incident of its Kind

Not too long ago, a Levi’s outlet in Faisalabad was also in the news over similar circumstances. Hidden cameras were discovered by a customer in ladies’ changing rooms and subsequently shared over social media.

The culprits were arrested and an investigation was launched regarding other outlets near that store. Shockingly, the Levi’s store wasn’t alone in recording their customers getting undressed.

This is beyond sickening and one can hope that the authorities are doing something about it.