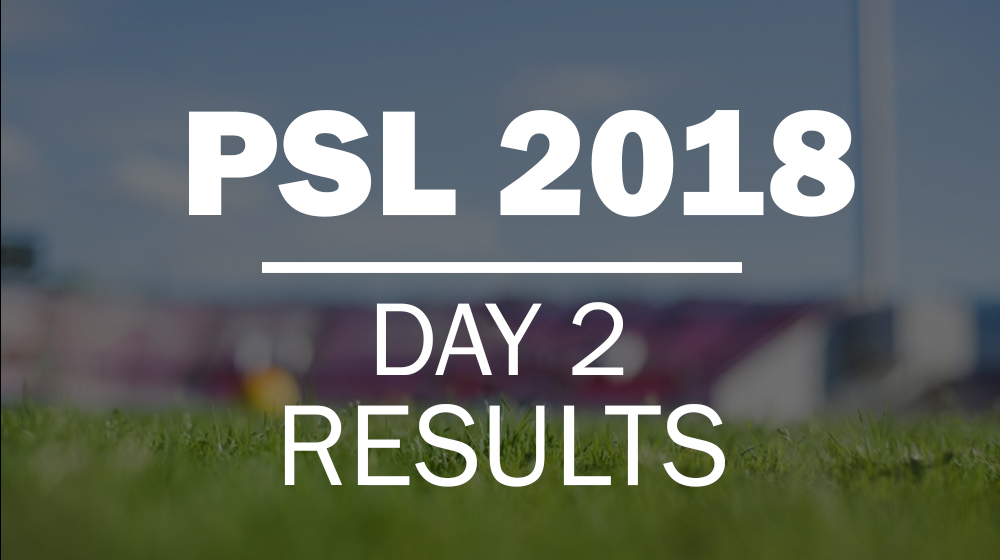 Another gripping day of T20 cricket and great results for Karachi Kings and Multan Sultans. Imad Wasim led Kings to their first ever victory against Quetta Gladiators while Sultans registered their second consecutive win by beating Lahore Qalandars.

Imad Wasim won the toss and elected to bat first on a bouncy Dubai wicket.

Karachi’s openers provided a cautious start before the Englishman Joe Denly got dismissed at a team total of 34.

Babar Azam failed to impress, but Khurram Manzoor made sure the score ticked along. The left-hander Colin Ingram’s explosive innings of 41 off 21 balls provided impetus to the innings. Regular wickets dented Karachi’s prospects as they finished at 149/9.

Quetta crumbled early in the chase of 150 as their heavyweights Watson, Kevin Pieterson, Rilee Rossouw and Sarfaraz failed to trouble the opposition much. Muhammad Nawaz showed some resistance at the end with a 30 run cameo but Quetta’s chances ended with his wicket as Anwar Ali’s useless swinging of arms didn’t helped the team score runs. Every bowler chipped in with at least a wicket, helping Kings defend a small total with ease.

Man of the Match: Colin Ingram

Lahore Qaladars decided to bat first after winning the toss.

A solid opening stand of 88 between Kumar Sangakkara and Ahmed Shehzad worried the Qalandars but a double strike pushed Sultans back a bit. Shoaib Malik and Sangakkara continued from where they left off in the opening game against Peshawar Zalmi.

Bangladeshi star Mustafizur Rehman was the pick of the bowlers getting 2 wickets while giving away only 22 off his 4 overs.

The tallest fast bowler in the PSL, Mohammad Irfan made life tough for Lahore top order, removing Narine and McCullum in quick succession.

Fakhar Zaman and Umar Akmal accumulated 65 runs taking the score to 105 before Umar Akmal departed in the 13th over. Fakhar’s dismissal at 132-4 proved to be a game-changing moment thanks to a mind-blowing catch by Ahmed Shehzad. Wickets tumbled as Imran Tahir struck two blows in one over to take his team closer to a second successive victory.

Junaid Khan became only the second bowler to take a hat-trick in the HBL PSL as he dismissed Yasir Shah, Cameron Delport and Raza Hasan in successive deliveries to bundle out Qalandars for 136.

Man of the Match: Imran Tahir