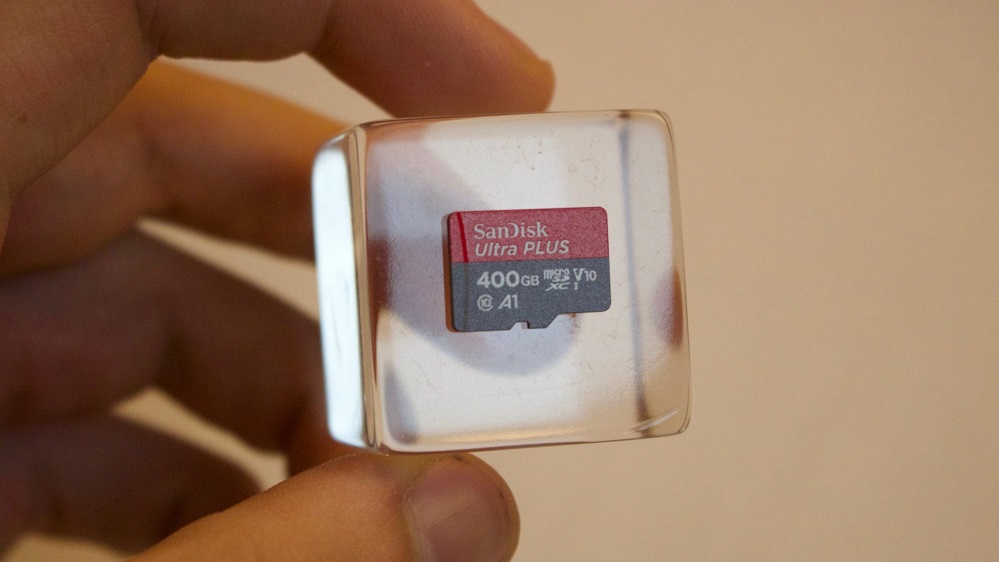 With an increasing demand for speed, SanDisk has created its fastest memory card yet, the 400GB Extreme UHS-I microSDXC. The card loses some of its storage for class-breaking speed gains.

The read and write speeds supported here are 160 MB/s and 90 MB/s, respectively, which means it is twice as fast as before. The card also comes with A2 specification, allowing it to load apps faster.

While the card may not be the fastest one around, since UHS-II cards have been here for a while, it does support the more popular UHS-I format (by using newer 3D NAND technology), which will make it compatible with an increased number of devices for recording 4K HDR video and high-res RAW photos, such as the new Sony Xperia XZ2.

The 400 GB microSD card is not the world’s largest card anymore, as that title belongs to the 512GB card from Integral memory. The amount of storage is still more than enough for most people, allowing you to store 200,000 photos, 100,000 songs, 88 Full HD movies, and 16 Blu-Rays.

The cards are also shock, water, temperature, and X-ray proof. The pricing details are not known yet, however, it is expected to be set at around $300.

They may not remain the best in the business for longer, though, as Western Digital (SanDisk’s parent company) is already working on PCIe-based SD cards, which can potentially bring read/write speeds of 880/430 MB/s, making 8K videos a reality.

As it stands now, nothing beats the SanDisk card when it comes to creating a balance between compatibility and performance.

Via Engadget and Mashable