PSL 2018 has proved to be the best ever season for online streaming as up to 8.2 million online views have been recorded in the first 15 matches of the tournament.

PSL is probably the biggest happening for Pakistanis these days as millions are glued to the screens for live updates. Rising above the conventional TV sets, a record number of hits were recorded on cricketgateway.pk, the official partner for PSL 2018 to broadcast the live action.

PCB has given the rights of Media Marketing to the Blitz Advertising group and in partnership with ITW and Trans Group, cricketgateway.pk has been made the live and exclusive DRM telecast website for the event.

A Big NO to Piracy!

The PSL management is vigilant enough to keep an eye on the piracy issues. The unlicensed streaming channels are being blocked and until now, the management has blocked over 2200 of such websites, which serves equally good for the advertisers and subscribers. 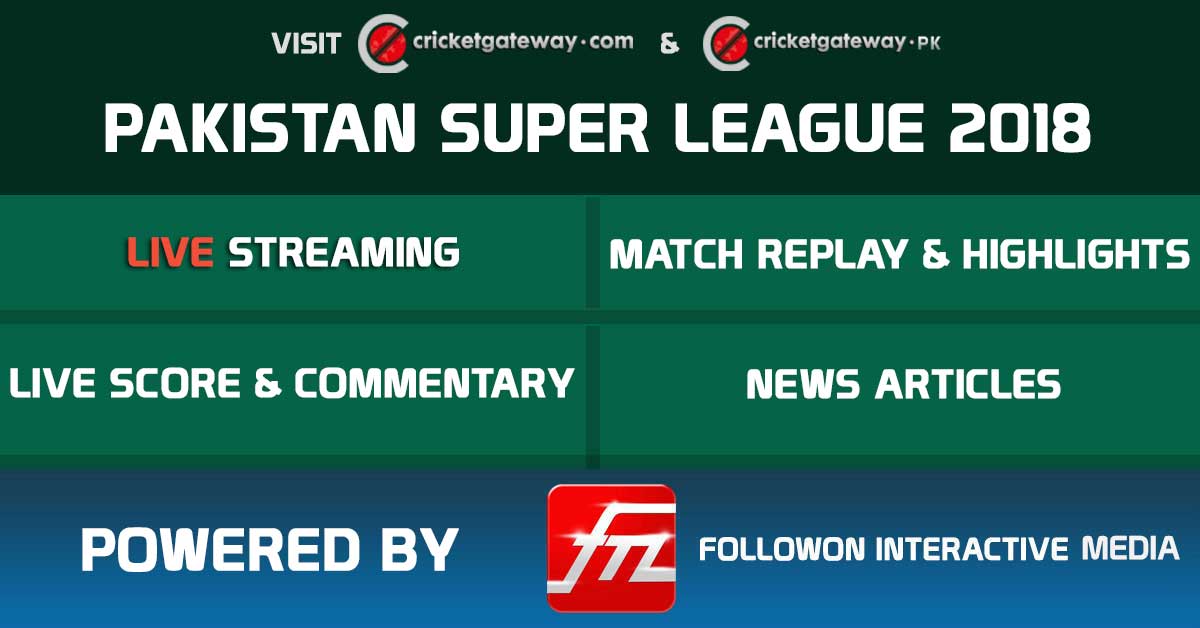 Cricketgateway.pk was in demand from the very first match as the viewership crossed the one million mark in the first two matches. The first match of the event, Peshawar Zalmi vs. Multan Sultans was viewed by almost 650,000 viewers within 4 hours. This is even more than PSL 2’s semi-final.

The PSL 2018 live stream has exceeded all expectations within its first 2 days, advertisers and media partners alike. With industry giants like ABL, Unilever, Reckitt and Telenor hopping onto the bandwagon, Brand PSL is all set to achieve new records on digital this season.

Our expectation is to cross 20 million eyeballs this year (a year on year increase of 50%), and so far it’s proven to be a roller coaster ride. It would be no surprise if Pakistan’s crown jewel of sports entertainment goes pay per view next year.

You can stick to ProPakistani.pk for the regularly updated scorecards and live streaming for all the matches of PSL 2018!