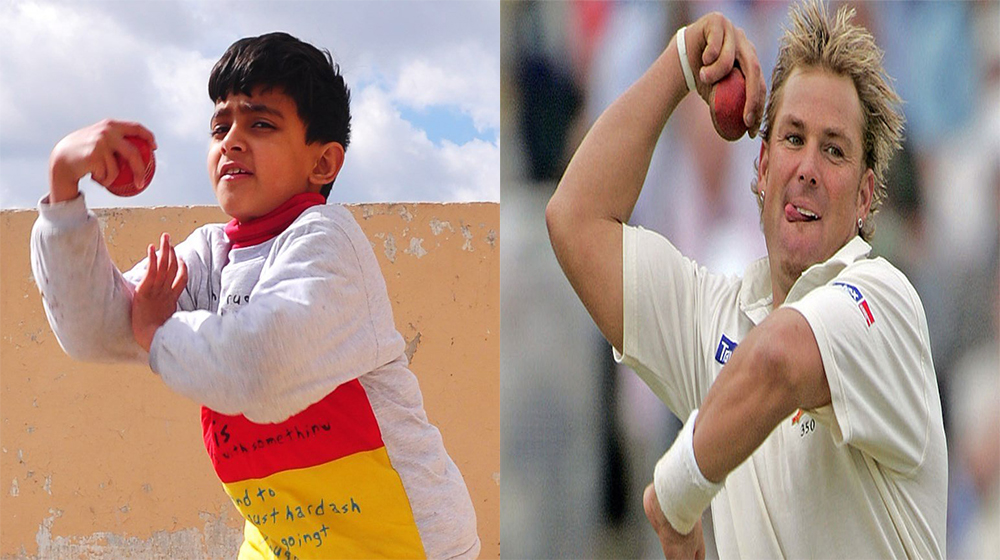 6-year-old bowling prodigy has received praised from the Australian legend Shane Warne for his skills of leg-break bowling.

Just a few weeks ago, a video of a young left-arm bowler from Pakistan went viral and the kid got praised by thousands of people, including Wasim Akram.

Similarly, another video has surfaced on the social media which also has the potential to leave you baffled as to how much talent is present in Pakistan.

A six-year-old leggie, Eli Mikal Khan, from Quetta has blown away cricket fans across the globe with his jaw-dropping ability to spin the ball. The youngster was noticed by the legendary leg-spinner, Shane Warne, as well who seemed in awe of the spinner’s talent.

A video of Eli Mikal went viral on social media which led to the praise from cricket followers all over the world. Despite being of such young age, Eli has a variety of deliveries at his disposal. The young prodigy imitates the Australian legend, right down to his bowling action. Its safe to assume that if he continues like this, he might become the next Shane Warne of his generation.

Reportedly, Eli can bowl four different deliveries, including the flipper, the googly and the slider.

Shane Warne sent out a tweet praising the natural talent of the young man. Warne said:

The youngster says that he likes both Shane Warne and Yasir Shah and wants to represent Pakistan in future. Eli’s father told that if Eli continues performing well in academics, he “will make every effort to make sure he becomes [the next] Shane Warne.”

You can watch him making the ball move with his fingers here:

Is PCB Doing Something about this Young Prodigy?

Eli was also approached by Pakistan Cricket Board (PCB), so we might see him at the National Cricket Academy soon. The praise from Shane Warne himself will be a major confidence booster for the young leg-spinner as he continues to improve.

While Pakistan has somewhat struggled in the batting department, there is no doubt that the country’s soil is filled with the extraordinary bowling talent. Kids like Eli keep showing that the future of cricket in Pakistan is in safe hands.