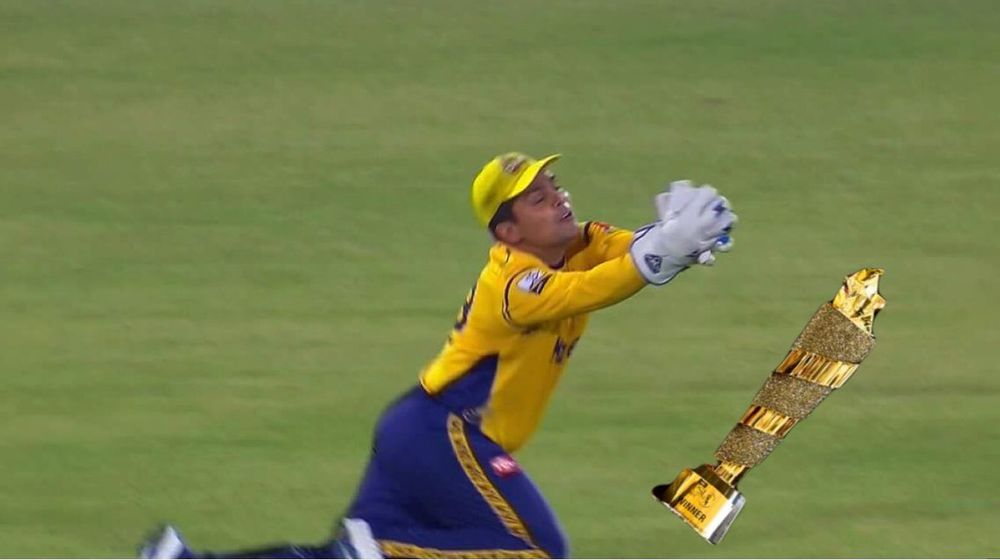 Kamran Akmal, the 2nd highest run-scorer of Pakistan Super League 3 with 425 runs from 13 innings, might have proved his big-hitting prowess, but the vital catch drop of Asif Ali in the final at a crucial stage has made the Social Media go berserk.

While he himself claimed that he still has 3-4 years of cricket left in him, the drop might have closed the doors for his international cricket return., considering his fielding skills in the outfield. With Sarfaraz as Captain, the chances for Akmal’s return were already very bleak, and the wicket-keeper batsman may have wasted his tremendous batting efforts.

Here’s how he dropped the catch (read PSL Final).

Let's stop for a moment and applause the legend Kamran Akmal pulling off his trademark move in the big final! pic.twitter.com/qzZP8oR1Tq

Let’s have a look at how Akmal has been in the crosshairs of the social media geeks ever since the drop.

No one can ever beat Pakistanis in trolling 😂😈

Sammy: We are going to win this
Kamran Akmal: No pic.twitter.com/ptRunJ1Otq

Kamran Akmal receiving SAFE HANDS award on behalf of @KumarSanga2 .. Sanga I hope you wont commit suicide after that pic.twitter.com/zBfEzUIUTp

Kamran Akmal proved that he is a brother of Umer Akmal

Rameez: Sami it was a gud match wat would you like to say..???
Sami : first of all I would like to kill kamran akmal,🔫🔫🔫🔫 pic.twitter.com/5m4HMWYnYD

‘How many times have you dropped important catches?’
Kamran Akmal: pic.twitter.com/NdrLSXH5On

What do you say he deserves a chance to be in the team or not? Let us know in the comments section.