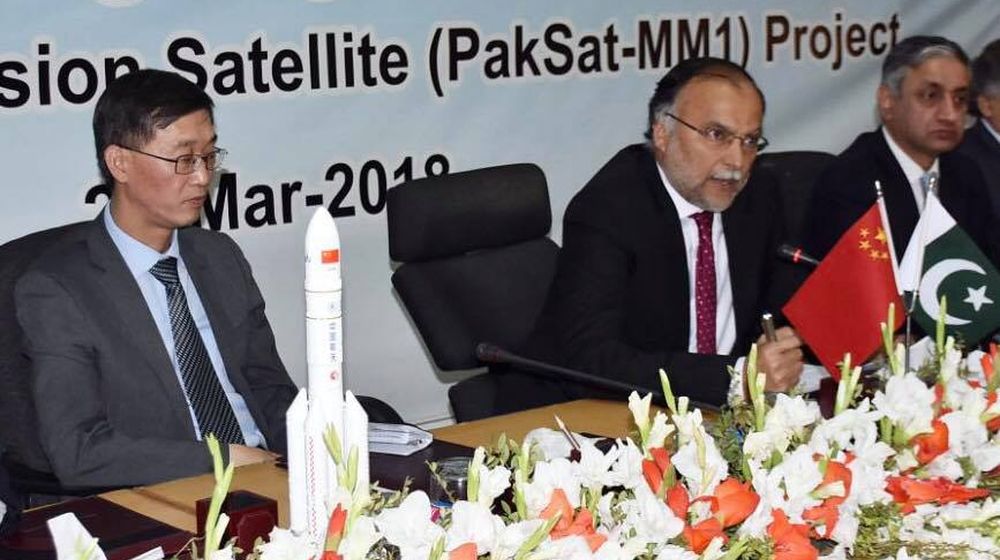 Pakistan and China, together, will launch a remote sensing satellite in mid-2018, Ahsan Iqbal says.

Pakistan and China have signed an agreement for development and launch of communications satellite PakSat Multi-Mission Satelite (PakSat-MM1).

The satellite already arrived at Pakistan’s geostationary orbital location of 38.2° East on 27th February. The satellite will primarily function as a communication satellite with the capability to provide Direct-to-Home (DTH) services.

According to the press release by the Planning, Development and Reforms ministry, China Great Wall Industry Corporation (CGWIC) and Pakistan will equally divide the satellite development and launch cost between them.

Ahsan Iqbal, Minister for Planning, talking on  the ceremony said;

One important element of this contract (PakSat-MM1) is that both … sides are contributing 50%. It is a joint-effort of both countries that makes it (PakSat-MM1) even more valuable.

Space & Upper Atmosphere Research Commission (SUPARCO) and CGWIC signed the contract in the presence of several Chinese and Pakistani officials. 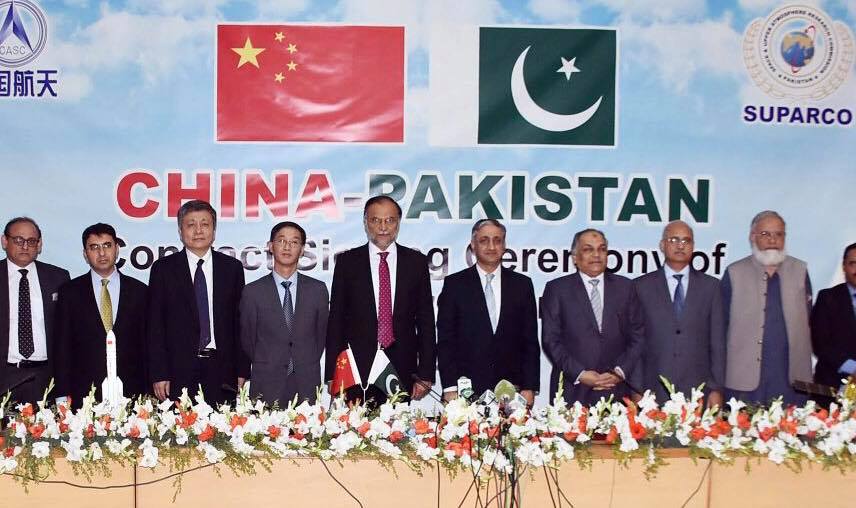 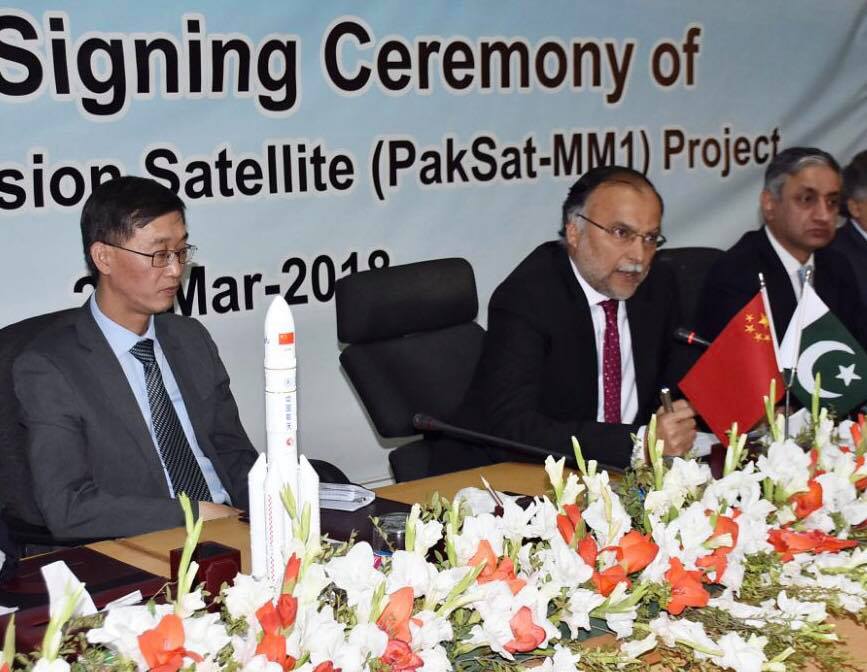 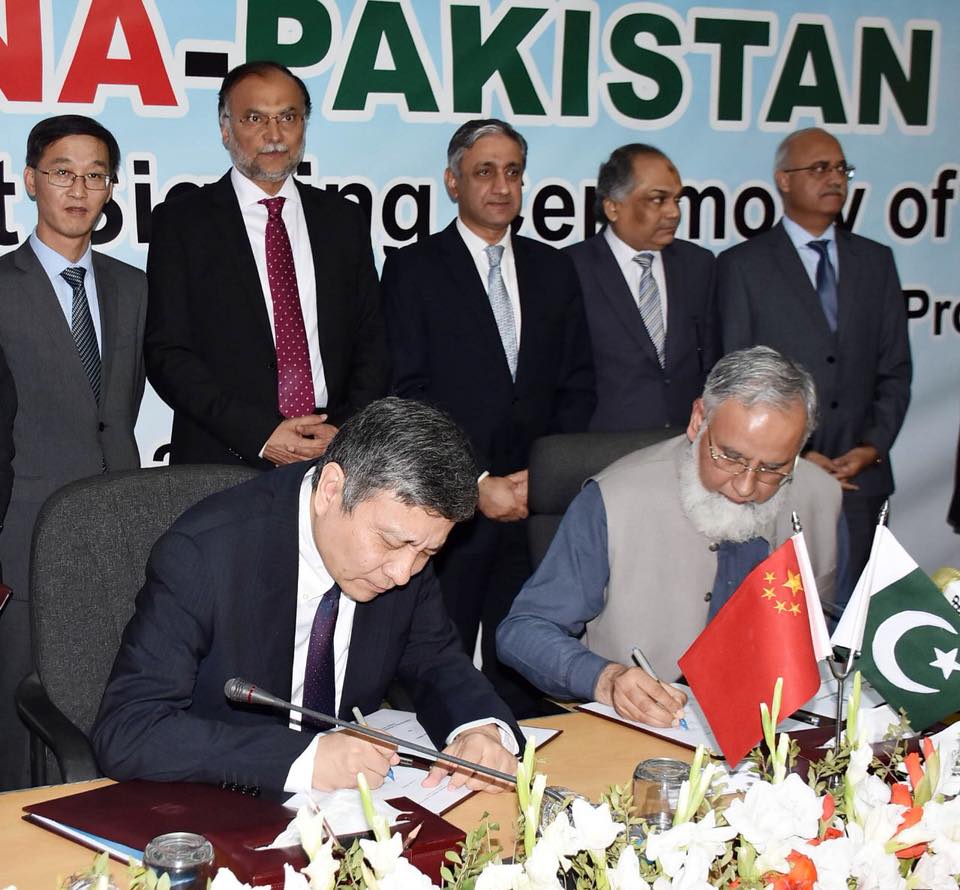 Ahsan Iqbal, while talking to the media, told that SUPARCO is working on two other satellites as well, apart from PakSat-MM1.

He added that Pakistan Remote Sensing Satellite (PRSS-1) is Pakistan’s first ever low-earth orbit (LEO) earth observation satellite with a service life of 5 years. According to the minister, PRSS-1 will be launched this year.

Originally, SUPARCO proposed the PRSS-1 project to have two satellites onboard. One satellite was said to have Electro-Optical (EO) system while the second was visioned to be equipped with Synthetic Aperture Radar (SAR).

SUPARCO is developing another satellite as well that will be solely produced and launched by SUPARCO engineers. Talking about this project, Ahsan Iqbal told;

Pakistan Technology Evaluation Satellite-1A (PakTES-1A) is an indigenous project from concept till launch by SUPARCO engineers and scientists.