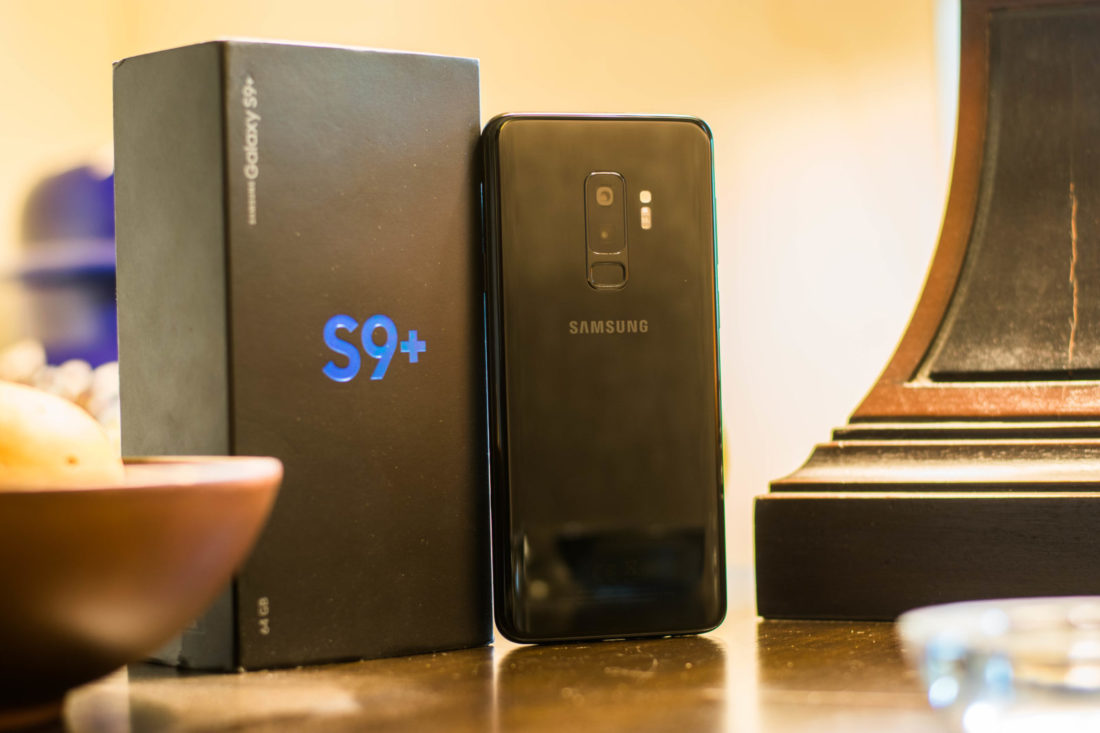 Earlier this week we did the unboxing of the all-new Samsung Galaxy S9+. Since then I have been using the S9+ extensively as my daily driver and here’s what I think of the latest and greatest from Samsung.

Talking about the design first, you won’t find too many major changes between this and the S8+. That’s not to say that this is a bad thing, last year’s S8+ had one of the best designs in the market and still has. Why fix something that ain’t broke?

However, last year’s S8+ did have some design flaws that people complained about, primarily the position of the fingerprint scanner. That has been fixed now as the fingerprint scanner is now placed underneath the cameras. The cameras, with an “s” as this year’s S series flagship now also has dual cameras. One of them is the standard wide angle lens and the other is the telephoto lens for portrait shots.

Apart from that, you won’t find too many differences. The S9+ is also just a few millimeters smaller than the S8+ since Samsung has trimmed down the top and bottom bezels.

One thing I still hate about the design is the Bixby button. It’s almost as if Samsung has purposefully placed the button in that position so that it is accidentally triggered and maybe that way people will be forced to use it.

Samsung has updated its display on the S9+ but it does come with the same size and resolution, 6.2-inch and 1440×2560 pixels. It is a Super AMOLED panel which means true blacks and really vibrant colors. The display was in fact was so saturated that I had to go into the settings and change the display settings for a more natural color reproduction.

Nevertheless, Samsung makes the best displays on the market and the one on the S9+ is no different. In fact with this all-new panel, there are more improvements, like the brightness has been improved a lot and the display is now easily visible in direct sunlight.

Moving on to the performance of the phone, let’s get the numbers out of the way first. The new Galaxy S9+ uses Samsung’s own Exynos 9810 octa-core processor along with 6GB of RAM. The Note 8 was the first phone in Samung’s line up to make use of the 6GB of RAM but it is now also offered in the S9+ whereas the regular S9 still comes with “just” 4GB RAM.

The performance of the S9+ is incredible, to say the least. Applications open almost instantly and there’s no lag whatsoever. Heavy and resource intensive apps also work without a stutter. Gaming on the Note 8 was also a smooth experience as it handled titles like Asphalt 8 and the newer PUBG without breaking a sweat. There were no dropped frames or anything of the sort. It

Multitasking was also not an issue for the 6GB RAM which is on board the S9+. You can easily open multiple applications in the background and easily move between them as well without having them to reload or close every time.

Samsung has been on a roll recently, introducing new and improved features for their cameras that put them just above the competition. With the Note 8, we saw the first ever phone to have OIS on both the wide angle lens and the telephoto lens. While the S9+ carries on that innovation this time we also have a variable aperture for the first time on a smartphone.

The variable aperture allows you to move between f/1.5 and f/2.4 depending on the conditions. You can either manually select either aperture through the Pro Mode or let the camera automatically choose it for you. The f/1.5 aperture does help in low light conditions but in daylight conditions the wider the aperture is open, the less sharper the image might be. So to deal with that, Samsung allows you to switch to f/2.4 for sharper images when you don’t necessarily need the f/1.5.

The picture quality itself is as you would expect from a flagship smartphone. Photos are packed with lots of detail and sharpness. The colors were vibrant but in usual Samsung fashion, were also over saturated. Not to the point where the images are unusable but you definitely notice it when you compare it with other smartphones.

The portrait mode, carried on over from the Note 8, also works well. The software does a good job at applying the bokeh to the background and the results look pretty natural. In live focus mode, you have the option to select the amount of bokeh you need, the best settings I found was to keep it in the middle.

There’s also AR Emojis this time around, which let’s be honest, are a rip off of Apple’s Animojis. The AR Emojis on the S9+ seem half-baked right now and the whole experience of using the AR Emojis wasn’t as smooth as I was expecting to be.

You also get 960fps slow motion on the S9+. We’ve seen this Sony phone prior to this but what the S9+ does better is integrate an automatic mode which detects inside a selected area on the screen and automatically records in slow motion. You also have the option to manually trigger slow-motion recording too.

The results were great but the resulting footage is only 720p.

You can check out the camera samples below:

The battery on the S9+ is a 3,500mAh cell. It was enough to last me through the day and this was while I was running benchmarks on the phone, playing games, taking photos and just generally using the phone. I got around 4h30min of screen on time over a total usage of 13 hours. That’s not the best battery performance out there but definitely not the worst. And a light user will be able to squeeze even more work out of the battery.

What this review comes down to finally is whether the Galaxy S9+ is worth upgrading if you’re currently using Samsung’s last year’s flagship?

Short answer? Yes. Long answer? The Galaxy S8 and S8+ had no major changes except the screen size and the battery so it wasn’t too much of an issue even if you went with the regular S8. The S9+, however, offers substantial upgrades over last year’s model and also over this year’s regular S model, the S9. So if you’re looking to upgrade, skip the S9 and go with the S9+. You get dual cameras, a faster processor, better camera etc.

However, coming in at a price of Rs. 111,000, it is the most expensive S series, or in fact any Samsung phone, ever sold in Pakistan. That makes the S9+ a tough sell and it’s harder to justify such a huge price tag especially since the international price of the S9+ is $10 less than last year’s S8+ ($850).

Then again, as is the case with most of Samsung’s flagships, what you get for such a hefty price tag is quality. Excellent build quality, unmatched performance, top of the line cameras. Undoubtedly, the Galaxy S9+ is the best phone you can buy in the market right now and you can’t really go wrong with it.