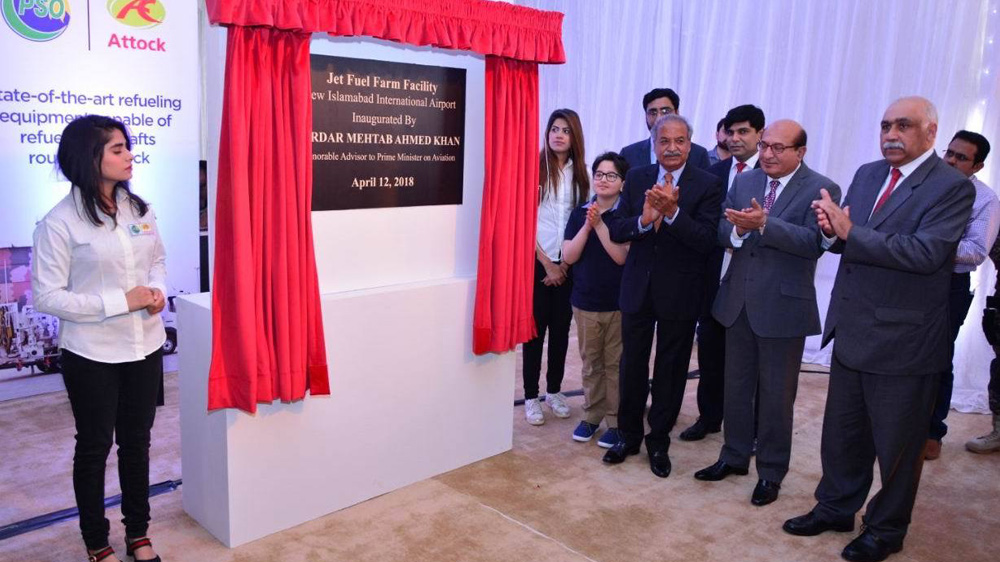 Pakistan’s largest and most advanced fuel farm facility was opened at the New Islamabad International Airport by Adviser to Prime Minister on Aviation Sardar Mehtab Ahmed Khan on Thursday.

The project completed with an estimated cost of Rs1.6 billion is covering an area of 12 acres. The facility is in compliance with local and international standards including JIG, NFPA, API as well as the CAA for the receiving, storing, filtering, pumping, and testing of aviation fuels.

Covering an area of 12 acres, the Fuel Farm Facility is compliant with local and international standards including JIG, NFPA, API as well as the CAA for the receiving, storing, filtering, pumping, and testing of aviation fuels.

The seamless operations of the facility will be guaranteed by offloading bays which are equipped with 600 USPGM pumps, a storage capacity of 10,000 tons having three vertical tanks.

The Fuel Farm supports the hydrant refueling system of NIIAP which is Pakistan’s largest airport refueling system with a 14KM hydrant line of 14-inch diameter and 55 hydrant pits to fuel aircrafts round-the-clock.

Sardar Mehtab Ahmed Khan, the Chief Guest of the inauguration ceremony, said on the occasion, we appreciate the efforts of PSO and APL to serve the aviation industry by setting up this huge, state-of-the-art Fuel Farm Facility. This shows some serious commitment from both players to their mission of ensuring seamless fuel supply to the aviation sector.

“We are proud to indigenously set up this state-of-the-art facility that redefines aviation services within Pakistan.”

Mr. Malik added this facility would fulfill the requirements of the aviation industry effectively in coming decades and assist businesses.