Casio has unveiled a cheaper variant of its original Pro Tek Smartwatch for a $100 less.

Casio has launched a new smartwatch running Android Wear OS, with apparently the same feature set and the same design as its predecessor, but at a lower price point.

The new Pro Trek Smart Outdoor Watch, or WSD-F20A, is likely meant to complement the WSD-F20, which was introduced back in January. Yet, so far the only discernible difference is in the design and body. 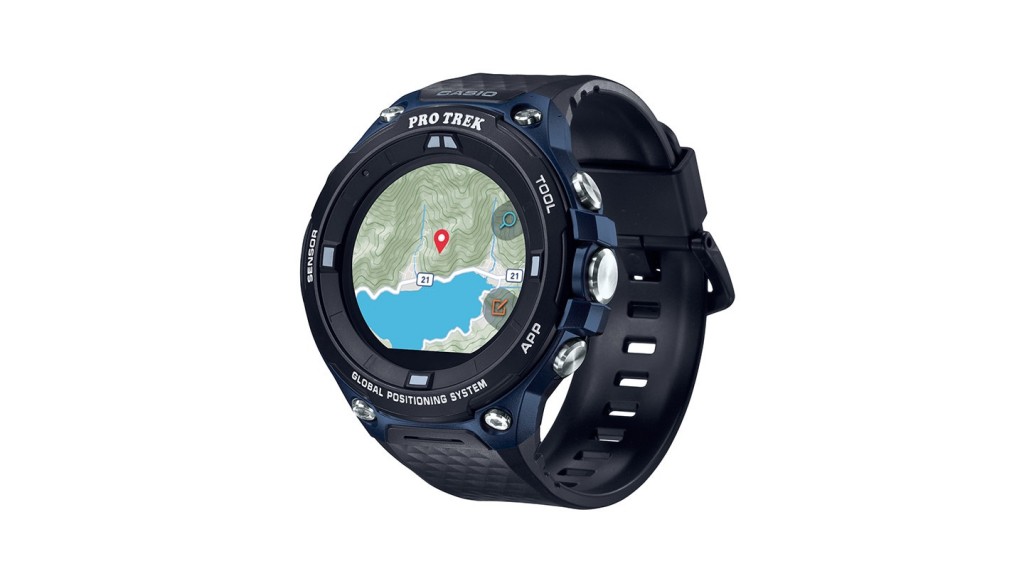 The WSD-F20A is available in Indigo Blue, comes without better grips for use with gloves, and has a resin, rather than paint, coating. The buckle also misses the stainless steel. These differences are likely due to the lower price, without breaking the deal for most people.

The watch can survive up to 50 meters underwater, as well as drops of up to 1.2m, coming with 810G military grade certification. It has 1.32″ dual layer displays, with a color TFT screen and a monochrome LCD, at 320 x 200 resolution.

It comes with a wide array of sensors you’d expect from a watch built for hiking and other outdoor activities, including a barometer, altimeter, and compass. There’s also a GPS built-in for map-based applications.

Wear OS is responsible for getting all kinds of stuff done on the watch. There’s an activity tracker built-in, along with a plethora of different watch faces each for a different functionality.

The OS versions supported include Android 4.3 or above, as well as iOS 9 or above.

The battery life is also not known, though, Casio’s other watches tended to last between a day to a month, depending on the kind of strain you put on them.

Pricing for the WSD-F20A is set at $399, which is $100 less than the F20, making it a good alternative to brands such as Garmin due to its versatility.