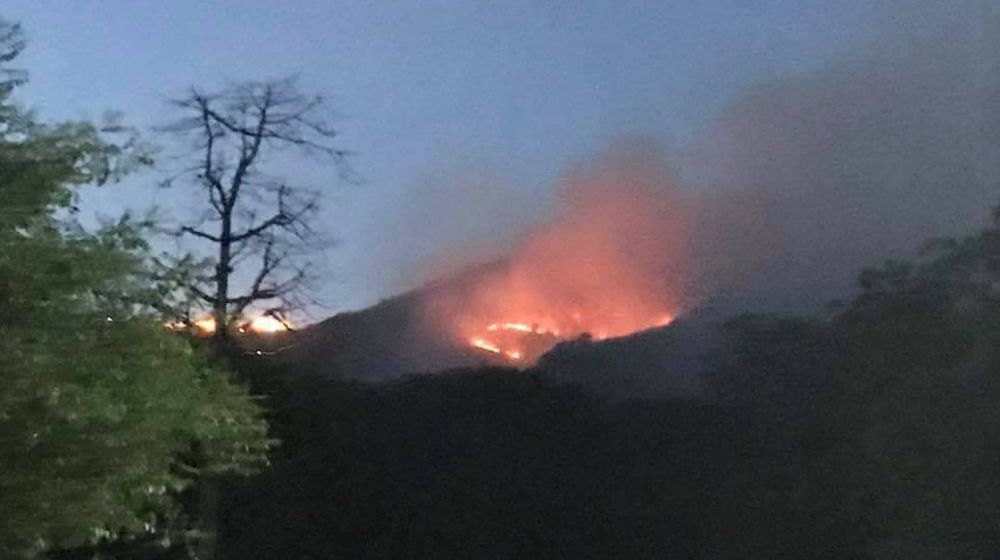 Margalla Hills are on fire once again – for the fourth time in the space of thirty days.

Another major forest fire erupted in Margalla Hills last night and the authorities are still working to extinguish it. Capital Development Authority (CDA) says that an operation is underway to put out the fire and a major area has been cleared.

CDA is yet to determine what caused the fire, however, it has been found that there were two different points of origin. The fire initially erupted from somewhere near Saidpur village and Daman-i-Koh picnic point.

Our teams are making all-out efforts to extinguish the flames. So far, a major area has been cleared. Generally, it is the season when fires break out on the hills due to human errors.

Take a look at some images from last night; 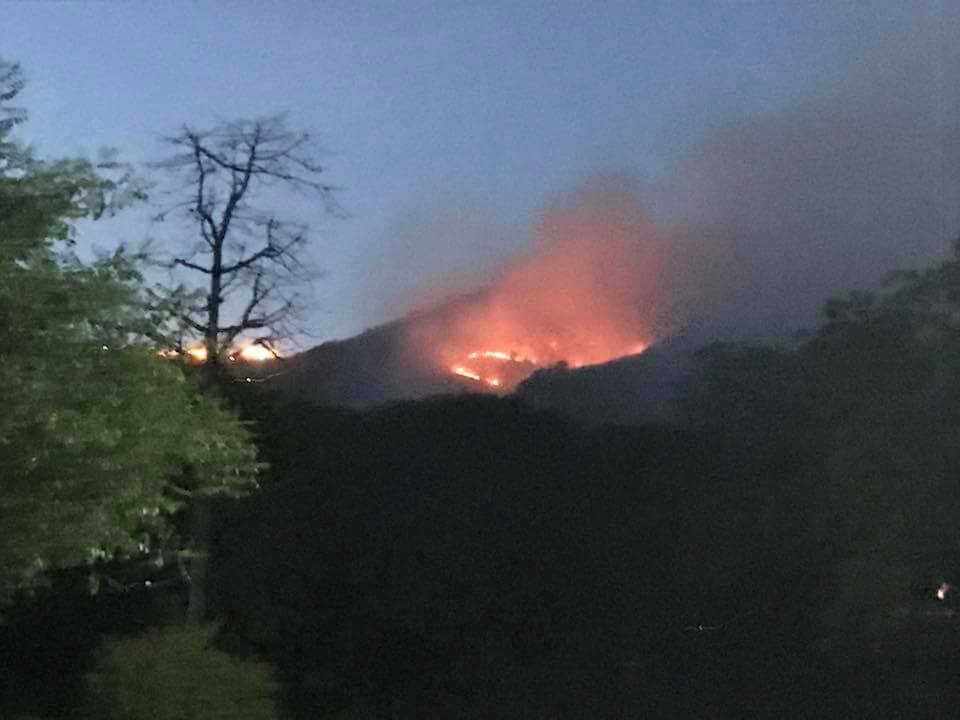 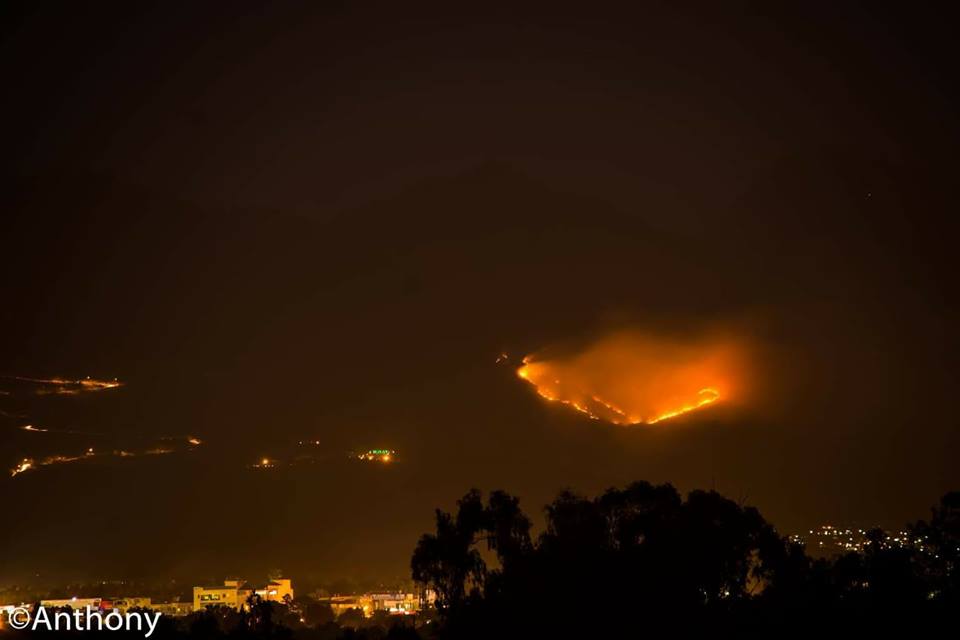 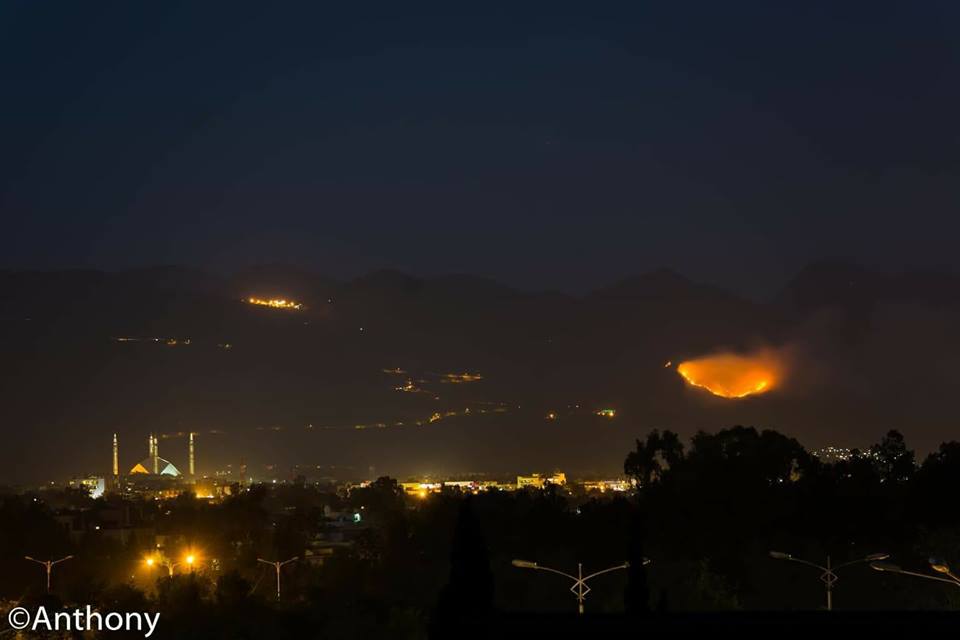 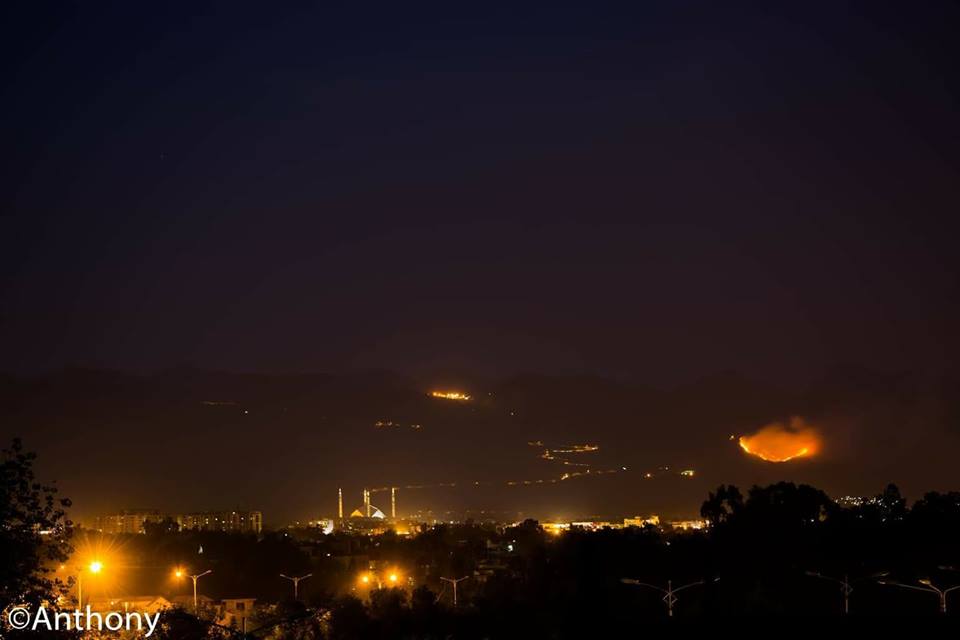 It is the fourth such incident in just one month in Margalla Hills. Previously, a major fire erupted in Margalla Hills on March 30th. CDA, Pakistan Army, and Airforce continued the rescue operation for 3-4 days before the blaze was extinguished.

CDA hinted that locals might deliberately be causing the fire in jungles. CDA hires around 400 locals to protect the forest every summer season. This time, no one has been hired yet, so CDA suspects that it was an attempt to blackmail the Authority into hiring the locals again. The CDA official told that the hiring for current summer season has been approved.

During the last 17 years, around 320 fire incidents occurred in the protected Margalla Hills National Park. Over 500 acres of forest were damaged during these incidents.

CDA doesn’t have any sophisticated and modern firefighting equipment. This and the remoteness of the area are two of the reasons why it takes so long to put out forest fires in Margalla.