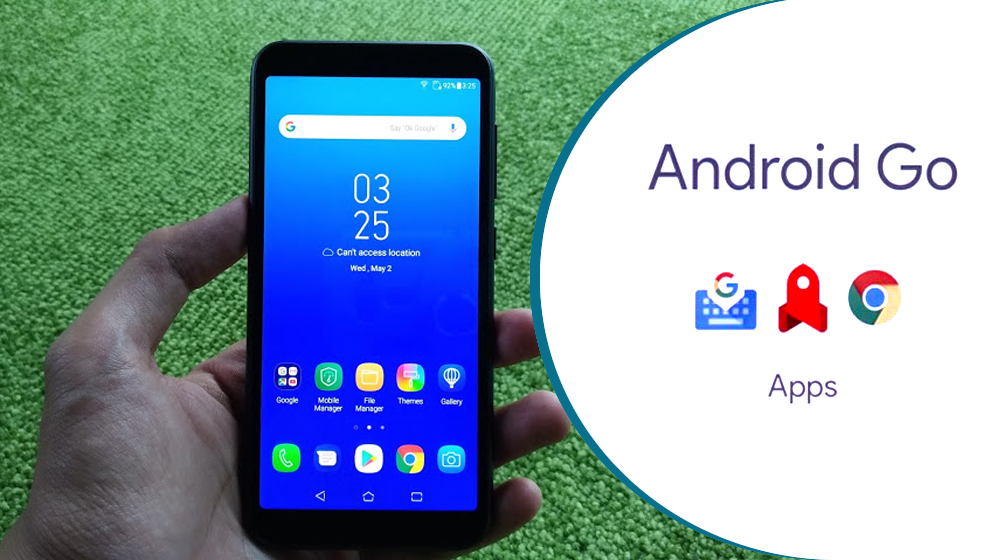 ASUS has launched its first Android Go-powered phone, it has an 18:9 display, a 13 MP camera, and more.

ASUS Zenfone Live 1 is the company’s first ever Android Go phone, it has strictly low-end internal hardware on an 18:9 display and has been unveiled in Indonesia. Read on for details.

For now, detailed specifications for the Zenfone Live L1 have not been released by the company. The build seems pretty basic and there’s no fingerprint sensor. Moreover, it has a triple-slot SIM tray which can also store a microSD.

The display is a 5.5-inch IPS panel with a resolution of 720 x 1440 pixels (HD+) with an 18:9 aspect ratio. Bezel size is fairly large and does not seem to follow current smartphone trends.

Inside, Zenfone Live L1 has a Qualcomm Snapdragon 425 processor with a quad-core configuration clocked at 1.4 GHz. RAM size is 1 GB but it also has a non-Android Go version, which has 2 GB RAM and runs ASUS’s ZenUI instead.

Internal storage is only 16 GB but it can be expanded by up to 2 TB via microSD card slot.

On the rear, it has a single 13 MP PDAF camera with LED flash. The front camera can shoot 5 MP pictures and also supports face unlock.

It will come with Google’s Android 8.0 Oreo Go Edition with lightweight apps that consume less power and storage.

Zenfone Live L1 has an impressive 3,300 mAh battery, however, the company has not disclosed if it has fast charging or not.

It will be available in three colors, Rose, Pink, Midnight Black, and White. There’s no word on when it will launch in Pakistan. For now, it has only been announced for Indonesia and will be priced close to Rs. 12,500.