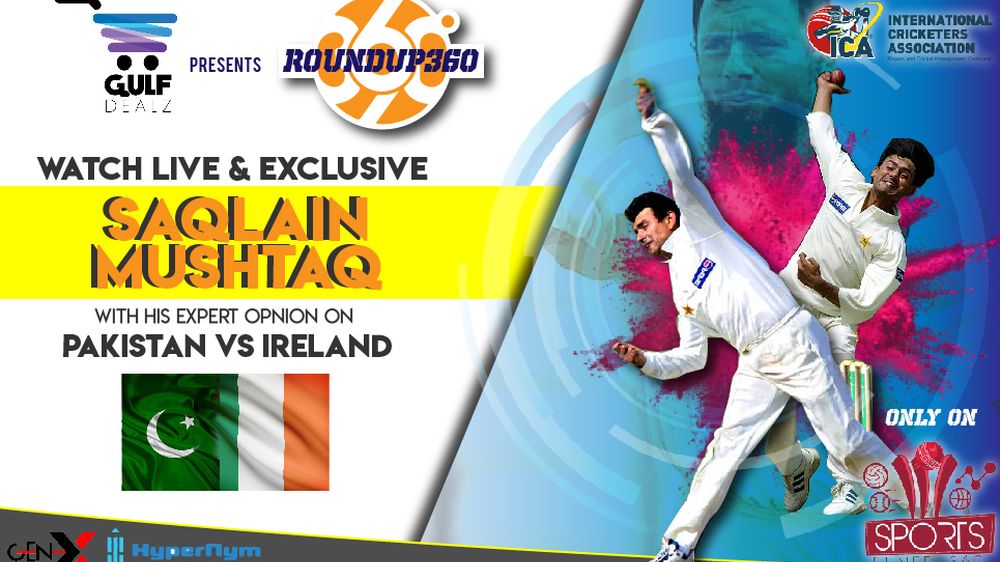 The Master of Spin and an evergreen legend, Saqlain Mushtaq, will be coming on board for Sportsfever360’s new venture called Roundup360.

He will take part as a special analyst for the upcoming Pakistan vs Ireland series. The veteran will be sharing insights related to the match and enlightening audiences with his immense cricketing knowledge.

This will not be the first time that Saqlain Mushtaq has joined Sportsfever360, he previously shared the great story of his life for Sportsfever360’s digital show Sports Story.

The show gained a lot of momentum online and entertained sports loving audiences across various regions. Saqlain was featured in the first season of Sports Story and audiences simply fell in love with his candid style. From sharing his personal stories to now sharing his cricketing knowledge with the Sportsfever360 viewers, he is quite excited about this new venture.

He believes that the upcoming series will be crucial for the Pakistani bowlers.

Pakistan will play the solo test match against Ireland in Dublin under the leadership of Sarfaraz Ahmed. The match will begin from 11th May and end on 15th May.

The Pakistani squad consists of many fresh entries including Usman Salahuddin and Saad Ali. After the conclusion of the test match, Pakistan is scheduled to play against England.

Roundup360 will be featured on all social media platforms of Sportsfever360 and is being presented in association with International Cricketers Association. Chairman ICA Mr. Moghees Ahmed has also shown great support for this venture.