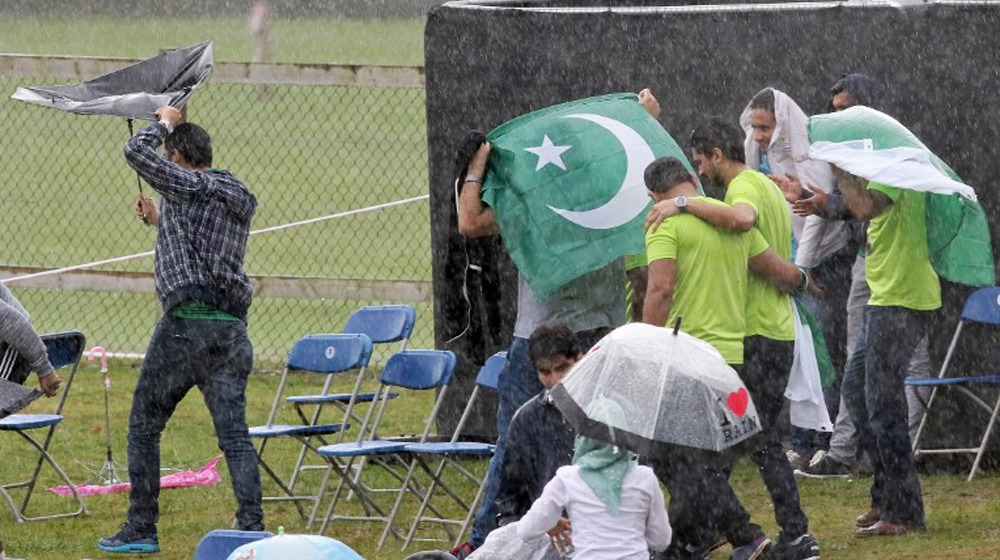 The much-anticipated match between Pakistan and Ireland was washed out due to rain yesterday. The match is now a 4-day Test match with the follow-on to be imposed at 150 rather than 200.

The match against Ireland in Malahide was due to start at 3 pm PST. However, at around 7 pm, the decision was taken to call off the match after rain kept pouring.

The weekend forecast is that there will be much drier, brighter conditions and the play is scheduled to start at the same time of 3 pm PST.

Cricket Ireland is Willing to Tour Pakistan in the Near Future

Cricket Ireland has claimed that all 5,100 ticket-holders will receive a full refund for the Friday’s play.

This implies that Ireland board will incur a loss of 75,000 Euros from Friday’s washout. Previously, chief executive Warren Deutorm said that the total cost of staging the first-ever Test match was around 1 million Euros.

The skies cleared after the decision was made to call off the Test match. However, Deutrom agreed not to start the Test late in the afternoon.

If we can get some walk up with good weather (on Saturday), hopefully it will be a more appropriate environment to start our first ball in Test cricket.

Of course it’s disappointing but what I don’t want to do is go around with a massive long face, projecting misery because it isn’t that. We’re still hugely proud.

Pakistan are all set to take on England after this match, which begins from 24th May.