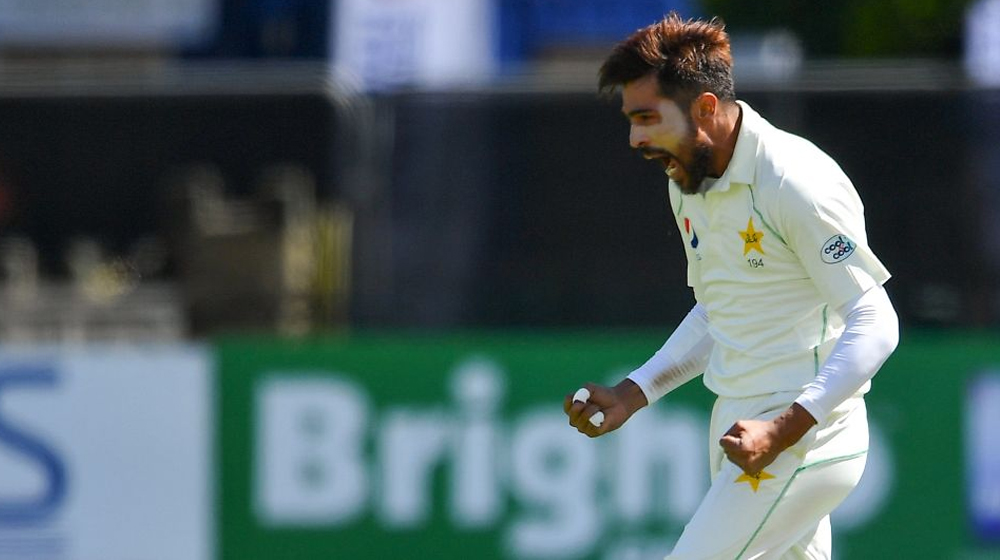 After being forced off the field due to a ‘chronic’ left knee injury, worry has spread that Muhammad Amir might not be able to recover in time for the Test match against England, which is to be played in just over a week.

The development has spread anxiety within the Pakistani camp as Amir’s presence in the bowling attack is crucial for the national side.

Muhammad Amir, who has played regular cricket after his return from a 5-year ban, went off the field following his three-over opening spell with what appeared to be a slight limp. However, the pacer came back to do his duty and lead the bowling attack. Just two-balls into his 2nd spell, he again started walking gingerly and following a discussion with the skipper, Amir was again seen leaving the field.

Medical staff will assess and declare whether Amir is fit to participate in rest of the on-going Test match or not. Initial assessment shows that his problem is not serious but can have a lasting effect in the longer run.

He has got a chronic knee problem which has slightly flared up. Hopefully, he will be okay tomorrow to bowl for us. He’s having treatment and hopefully tonight we will do a bit more treatment, tomorrow morning, ice as well, so he will be fine.

Azhar Mehmood revealed that it has been a recurring problem for Amir and the management will now seriously need to handle his international participation much better as he has bowled the most number of over after his return from the ban in January 2016.

Yes, you can say that because unfortunately he came back after five years and since he came back he played every format for us. We have to manage his workload as well so maybe that’s a sign for us to in the future to see where he stands and we’ve got a bunch of young guys coming up and we want to have Test bowlers separately to the one-day and T20s, so we are working on that and hopefully we can come up with something.

He further claimed that Pakistan’s first priority will be to ensure that Amir is fit to participate in all three formats. Perhaps this implies that Amir might be excluded from less important games in the future.

We want him to play Test cricket because he is our No.1 bowler and we want him to run in and bowl for us. Workload – I have seen a lot of fast bowlers and their body can’t take it, so they just manage to play one format or two formats, but for him it’s a concern for us but hopefully we will manage his workload in the future.

Muhammad Amir’s participation in the on-going Test match was perhaps cut short but the fast bowler promised a lot more than his stats might show. He got a lot more swing than usual and his line and length was much more consistent. If he is declared fit for the Test series against England, it would be a hugely positive sign for the Green shirts.