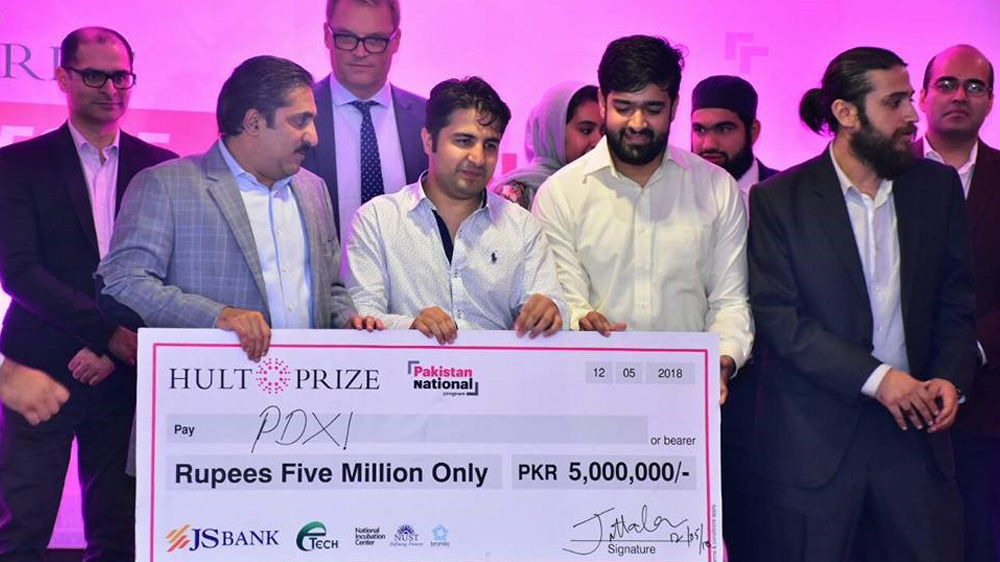 Hult Prize is considered amongst one of the largest social entrepreneurship competitions in Pakistan. It has engaged more than 10,000 university students for Social Entrepreneurship in Pakistan during 2017-18.

Judges Panel, after long deliberations, declared Team PDX as Hult Prize Pakistan 2018 National Winner. Winning Team will go to London for a 2-month Accelerator Program and they have a chance to win $1M in the final.

The closing ceremony of the event was held at a local hotel where President of Islamabad Chamber of Commerce & Industry, Sheikh Amir Waheed, along with the judges’ panel presented the Rs. 5,000,000 cheque to the winning team.