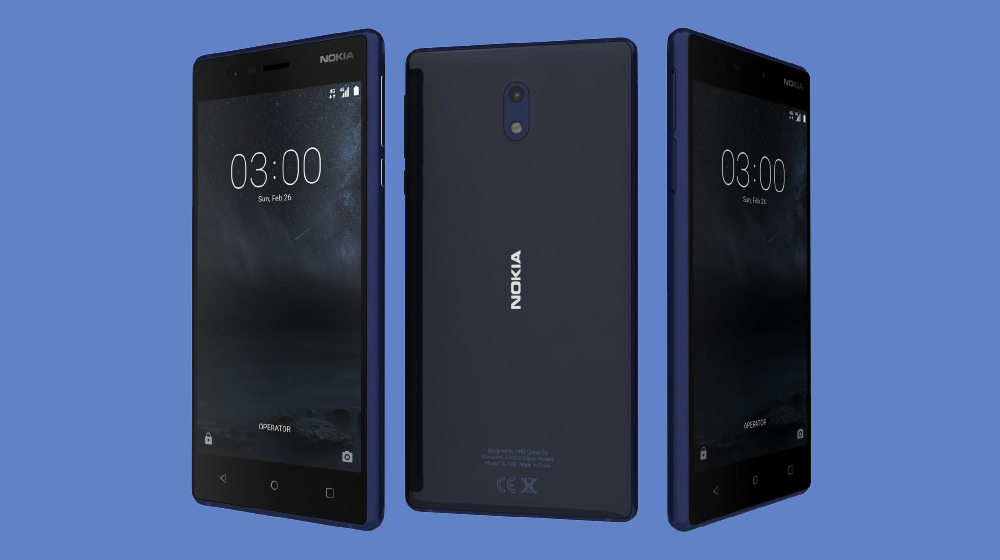 Nokia 3’s 2018 version has made its first appearance on the web, codenamed Nokia 3.1, so it might get launched soon. Android P updates have also been confirmed for Nokia 5 and Nokia 6.

HMD Global’s CMO, Pekka Rantala, recently told the media that the company will launch a new overhauled version of Nokia 2, 3, and 5 for 2018 with newer features and a more up-to-date design.

In what seems to be a user agent profile (which shows what kind of device is used to access a particular website), a device called “Nokia 3.1” has made its first-ever appearance.

These days, most devices get leaked ahead of their launch during their testing phase when developers connect them to the internet for either running benchmark apps or browsing the internet. Most developers assign a codename to their devices, HMD seems to call the Nokia 3’s successor Nokia 3.1, which usually get called something else when they get launched.

The Nokia 3.1 might be the upcoming Nokia 3 (2018), which will be an updated version featuring newer hardware and design, as the company’s CMO previously said.

There is no word on its exact details and specifications for now when a device nears its launch dates more info becomes available so we can presume that there’s still some time before it will get launched by the company.

HMD’s Nokia lineup adheres to stock Android standards and promises quick updates to the latest Android versions. Nokia 5 and Nokia 6 (the 2017 versions) have been confirmed to soon get an update to Android P once it launches. This was confirmed by HMD Global’s CPO, Juho Sarvikas, in a public tweet in response to a user.

Watch this space to stay up to date with Nokia phones, their prices, and release dates.